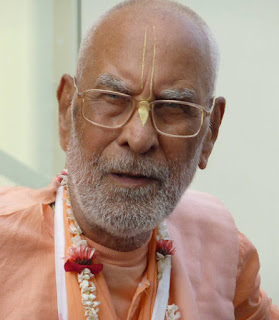 "Prabhupada" style titles are only meant for deviants?

[PADA: A follower of BV Narayana Maharaja has told PADA that yes, BV Narayana Maharaja was part of the 1971 Gaudiya Matha God brothers group meeting that "voted" to say that AC Bhaktivedanta Swami Prabhupada has no authority to use the title of "Prabhupada." So BVNM was part of that group who objected to us calling our guru "Prabhupada." They argued that only Srila Bhaktisiddhanta Saraswati Thakura Prabhupada could use that title.

Meanwhile, BVNM says that Sridhara and Madhava are bona fide gurus (and the BVNM follower who confronted PADA confirmed that BVNM says these 1936 gurus are bona fide acharyas) -- and these guys made a bi-sexual deviant into their acharya. So wait a minute, its NOT ok to have the bona fide acharya use the title meant for acharyas, like our Prabhupada, but it IS ok to affix these acharya titles to illicit sex deviants? Of course this begs the question, why are Jnana das, Jadurani, and many others -- promoting this worship of illicit sex acharyas process?

Worse, BVNM supported the post-1977 GBC group that said illicit sex with men, women and children folks are qualified to use the titles of: Vishnupada, Acharyapada, Gurupada, Tirthapada, Krishnapada, etc. So its NOT ok for an actual acharya like our Prabhupada to use these titles -- meant for the acharyas, but IT IS ok to promote the worship of illicit sex with men, women and children -- using acharya titles? Its illegal to say Jesus is a pure devotee, its only legal to say Satan is a pure devotee? What!

Why does BVNM ilk say that actual acharyas CAN NOT use the titles meant for acharyas, but only his post-1936 bi-sexuals deviants party -- and BVNM's post-1977 illicit sex with men, women and children deviants party -- CAN use these titles? The 1936 bi-sexual deviant program is qualified to use acharya titles, but we cannot use these titles for our guru? Why doesn't BVNM know that titles meant for the acharyas are ONLY meant for acharyas -- and not for his illicit sex pooja deviation? Yep, they have failed to answer the question. If they or anyone else has any answer, send it to: