Are We Worse Than Before? (Mahatma das) 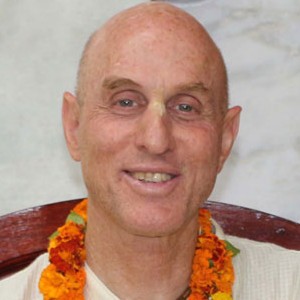 Worship Debauchees -- Takes one to God?

PADA: This is great. Mahatma is quite correct, before people became the GBC's "devotees" -- being controlled by Mahatma and his illicit sex messiah's club, they would never dream of saying that God's gurus and successors are often debauchees -- and that God's successors are many times engaged in "illicit sex with men, women and children." So the karmis are way more advanced than these people, quite correct, because the karmis at least know that the guru must be pure, just like Jesus is pure.

Right! Even the lowest of sudras, chandalas, dog eaters, or even the cannibals, ... none of them are preaching that God's gurus / messiahs / successors are having illicit sex, and that the guru successors to God are often debauchees. This is why the SRI ISOPANISAD says that people like Mahatma, those who promote bogus gurus, are way more degraded than the ordinary man. And they are facing a much worse future birth than the ordinary man. And indeed, it would have been better for people like Mahatma to NEVER even heard of the Vedas, because distorting the Vedic teachings is much more sinful than the ordinary life of a karmi. Mahatma is just now thinking about these concepts?

Why? The average karmis, actually even the cannibals, they are way smarter than Mahatama das and his regime, and so the karmis understand that promoting the worship of illicit sex as one's messiahs and gurus is a severe aparadha i.e. to say that God's guru successors and God's "chain of gurus" lineage are often, or even usually, fallen and degraded souls. In other words, the average karmi, or even the worst case karmis, have some minimal respect for God, so they are not out there in public saying that God's successors are often debauchees.

For example Mahatma's writer pal Virabahu das said that 95% of the GBC's sannyasa (gurus) will fail. What kind of religion preaches that their messiahs are 95% failing -- and are often becoming degraded debauchees? Srila Prabhupada says anyone who claims gurus are falling is a sinful wretch destined for the most obnoxious regions of the universe, and unfortunately Mahatma is trying to take others there with him. Indeed, there are many devotees who think Mahatma has dedicated his life to taking others to Patala loka with him, which is where those who promote his false gurus will go to.

Meanwhile! Nor are the common karmis saying that their gurus and messiahs are taking LSD; shooting machine guns; shooting at occupied buildings; having sex with half dozen women disciples (and sometimes calling these women "Lord Shiva's harem"); drinking beer and vodka; reading "Mein Kampf," saying dhotis look like big diapers; promoting Krishna West's attacks on the Vedas; promoting Hindu car blessings and marriages; saying they need to take psychotropics to cure their incessant headaches; saying its ok for gurus wear condoms when they have illicit sex; saying that its ok to eat chicken salads; saying no one should become a Krishna devotee because its a waste of time; saying Srila Prabhupada appointed conditioned souls as his successors, and so on and so forth, all of which (and more) has evolved with Mahatma's "pure devotees from heaven."

Yup! I tend to think it is not legal, and worse, its fraudulent misrepresenting of Krishna and His teachings. Where does Krishna say His guru successors are illicit sex with men, women and children? Only sick perverts like Mahatma das would dare promote such an assault on God and His guru lineage.

So yes, Mahatma is right, he is worse than the karmi life than he and his pals came from. In their ordinary karmi life -- they would never be able to say God's successors are illicit sex, they have only been able to promote that by their hi-jacking another person's religion and changing it up, they could not promote that in their own original religion.

Anyway, this is good, Mahatma is finally admitting, he is worse than the karmi life he was before he came to ISKCON. In fact even the cannibals do not worship his illicit sex with men, women and children messiah's project, so even they are more advanced than Mahatma das.

So yes, he has gone backwards, and in fact he is not even as advanced as a cannibal anymore, even the cannibals know its wrong to worship illicit sex. We agree with Mahatma for a change, yes, he is WAY worse than he was before he came to the ISKCON movement! The good news? Even people who fall backwards on the evolutionary chain eventually evolve back up the chain of 8,400,000 species, hence one day Mahatma will be elevated enough to take birth as a cannibal, and he will no longer be promoting the worship of illicit sex as God's successors. ys pd

Any education which does not lead to such realization must be considered avidya, or nescience. And to culture such nescience means to go down to the darkest region of ignorance.

According to the Bhagavad-gita (2.42, 7.15), mistaken mundane educators are known as veda-vada-rata and mayayapahrta-jnana. They may also be atheistic demons, the lowest of men. Those who are veda-vada-rata pose themselves as very learned in the Vedic literature, but unfortunately they are completely diverted from the purpose of the Vedas.

As stated in Mantra One, we should know that the Personality of Godhead is the proprietor of everything and that we must be satisfied with our allotted portions of the necessities of life. The purpose of all Vedic literature is to awaken this God consciousness in the forgetful living being, and this same purpose is presented in various ways in the different scriptures of the world for the understanding of a foolish mankind. Thus the ultimate purpose of all religions is to bring one back to Godhead.

But the veda-vada-rata people, instead of realizing that the purpose of the Vedas is to revive the forgetful soul's lost relationship with the Personality of Godhead, take it for granted that such side issues as the attainment of heavenly pleasure for sense gratification - the lust for which causes their material bondage in the first place - are the ultimate end of the Vedas.

Such people misguide others by misinterpreting the Vedic literature. Sometimes they even condemn the Puranas, which are authentic Vedic explanations for laymen. The veda-vada-ratas give their own explanations of the Vedas, neglecting the authority of great teachers (acaryas).

They also tend to raise some unscrupulous person from among themselves and present him as the leading exponent of Vedic knowledge. Such veda-vada-ratas are especially condemned in this mantra by the very appropriate Sanskrit words vidyayam ratah. Vidyayam refers to the study of the Vedas because the Vedas are the origin of all knowledge (vidya), and ratah means "those engaged." Vidyayam ratah thus means "those engaged in the study of the Vedas."

The so-called students of the Vedas are condemned herein because they are ignorant of the actual purpose of the Vedas on account of their disobeying the acaryas. Such veda-vada-ratas search out meanings in every word of the Vedas to suit their own purposes. They do not know that the Vedic literature is a collection of extraordinary books that can be understood only through the chain of disciplic succession.

One must approach a bona fide spiritual master in order to understand the transcendental message of the Vedas. That is the direction of the Mundaka Upanisad (1.2.12). These veda-vada-rata people, however, have their own acaryas, who are not in the chain of transcendental succession. Thus they progress into the darkest regions of ignorance by misinterpreting the Vedic literature.

They fall even further into ignorance than those who have no knowledge of the Vedas at all.