[PADA: If anyone has any update reports, please send to -- angel108b@yahoo.com] 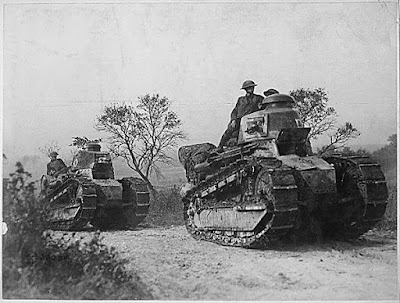 Mayapur Bengali Revolt against Foreign Devotees Happening there NOW - ask for Prayers for the devotees in Mayapur.

Some of the local Bengalis are trying to overthrow the entire institution including - the TOVP, the GBC, etc. They (lead by ex-employee and Bhavananda disciple Radha Jivan) made an announcement at mangala arati that there would be a meeting for "the Indians." So they are trying to get the locals to rise up and "overthrow the Westerners."

At the meeting of a few hundred, they said the Westerners are treating local Bengalis like slaves in chains and we should overthrow them. They said they already have 2,000 anti-GBC authority people mobilized and ready to storm the property. There have also been big meetings of these Bengalis right on ISKCON property, and at one meeting it was recorded to "kill (some GBC leaders)."

They are making false allegation police reports against some of the Westerners as well. The GBC meetings are starting in 4 days, they will hopefully be able to figure all this out. The local Indian "devotee mafia" are cruising through the entire compound regularly like the Hell's Angels, with at least 50 of them on motorcycles. They act as though they own the place, and they sort of do. They actually want it all - the TOVP, all of the jobs, all of the land, all of the income, etc. Complete takeover, get rid of all Westerners.

A lot of the Indian threats are hot air 95% of time. The police thing should be tossed soon. Let give it 2 weeks. If it appears the entire TOVP will go to the Indians, then we're out, as that will finish off this particular temple for Westerners for good.

I got a truly a scary report about a REVOLT going on now in Mayapur Iskcon by Bengalis, against all foreigners and Amburish Das prabhu, lead by an Envious Snake named -- Radha Jiva das (Indian body, former TOVP manager,). He got the sack and now he wants REVENGE. This is scary stuff. Dangerous.

This Message (below) is direct solid confirmation of my Last URGENT Message -- WAS TRUE
It just came in from- - Calcutta India to me by SKYPE (a few minutes ago) Its Feb,18th -Night
It came from our Godbrother who works in Mayapur asa- corruption Investigator Hansa Rupa das (acbsp) Prabhu, from originally NY USA. Here is his reply to me on whats happened now--- in Mayapur Iskcon

It's true. I'm in Kolkata. They waited for me to leave and then made their move. No time to talk now. Please pray to Lord Nrsimhadeva to protect Srila Prabhupada's Society from these rogues and rascals... Ys, Hansa rupa dasa

Please advertise this- for Prayers to protect Amburish das and -- all other Foreign devotees in Mayapur. Thank you Your servant, Jaya Madhava das -- Moscow Russia

PADA: I am hearing reports that the Bengalis are making a coup in Mayapura, and at least a few Westerners were beaten up, any news?

Pratyatosa Dasa: I heard that Sadbhuja and Bhavananda were physically attacked, and that Praghosa, the GBC chairman, was forced to leave Mayapur.

Sri: We have known for many years that our Bengali brothers will initiate a purge of these foreigners, the angrezi have dominated Mayapura for way too long. Their days are over, they should learn by now that the Bengalis are in charge. I don't think Jayapataka can control this situation either, he is sick and in Delhi.

PADA: We heard about this many years ago: the Bengalis said they would never accept any Western acharyas after Jayapataka leaves, and they would get rid of the GBC for promoting these Western acharyas. I think now that Jayapataka is basically out of it, and he is in Delhi on medical treatments, they thought now would be a good time to take charge, but this was being planned years and years ago.

These Bengalis are right in this respect, the Westerners are not qualified to be acharyas. Apparently they went to the Bengal government to get some sort of plan together to help them oust the GBC leadership. I don't know much more than that, except that they did plan this move to coincide with the GBC's annual meetings. If anyone knows more please give us details. I'd also like to know the e-mail of the people leading the coup. Yep, in any case Bhavananda, Hari Sauri, Jayapataka, all these guys have to go -- they need to be away from the holy dham anyway you look at it. Maybe this is Krishna's way of cleaning up the holy dham. ys pd

Sri: Yes you are 100 percent Correct. Jayapataka is finished, the Bengalis know that, so  now they will totally revolt against the other foreign dominated GBC and they will never accept any foreign rule over them after Jayapataka departs.

Pratyatosa Dasa They should simply turn ISKCON over to Madhu Pandit Dasa Prabhu and his associates. They have a proven track record of management success and unwavering dedication to following ALL of Srila Prabhupada's orders. And they should have the annual GBC meetings at ISKCON Bangalore on Hare Krishna Hill instead of in Mayapur. (No bogus gurus allowed!)

PADA: Its possible these Bengalis will not accept any advice from any of the GBC's folks, even the Indian ones. OK maybe Bhakti Caru, I think he is Bengali. But since he is connected to the other GBC, they may not want his advice either. This could be -- in any case -- an ongoing stalemate that could last for the indefinite future.

There was disruption last night. Some persons did evacuate due to threats. Praghosa has long been under threat due to revealing criminal activities within ISKCON Mayapur and exposing those involved. Ring leaders are largely former employee/devotees who were released from employment due for these reasons. Opportunistic persons/ devotees are taking advantage of this unrest to make grabs for power. There are threats of violence / even death.

It's not a healthy situation so prayers are requested that a harmonic convergence descends upon all devotees and a peaceful resolution is invoked.

[PADA: Its looking more and more like there will be a big void in Mayapura when Jayapataka finally departs, and at least one large group of the Bengali locals there in Mayapura will not accept any of the current GBC as their authority. That means, they will have a permanent group of local protesters, agitators and disrupters going on indefinitely.

And if there is continued unrest, disruption, death threats, and maybe incidents of violence, and so on and so forth, this will make it very hard for the GBC to continue to sell this place is their primary flagship program.

This atmosphere will also make it unattractive to devotee tourists, which cuts down the whole plan to make this a tourist destination. Anyway, lets see how it all unfolds over time.

And the good news is, we always seem to scoop up at least a few of these dissenters to join our team. Dear GBC / Rocana / Bhakta das etc, we hate to have to tell you this, but your living guru program is a total and absolute FAILURE. ys pd]

The GBC has offended most of their God siblings, most of the 2nd generation, and even Srila Prabhupada himself! How can there not be a reaction? For decades, they've been pretending to be spiritually advanced "gurus." They've never been able to fool very many Westerners, and now it seems like the Indians are also beginning to see through the ruse.