From Braja Sevaka Dasi in Mayapura 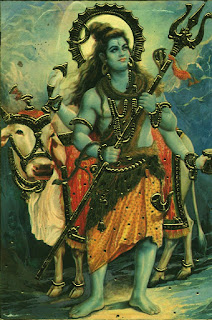 Probably not wise declaring oneself "the sum total of the demigods."
Just saying!

This is Braja Sevaki, from Mayapur. This article is slightly incorrect. Let me tell you what really happened: No, Radha Jivan was not “fired.” He wanted something from Ambarisa prabhu and the TOVP, and Ambarisa refused him. He then abused Ambarisa in public, calling him the most vile names.

The next day he held a public rally, loudspeakers and mikes, calling Ambarisa and Bhavananda all sorts of names. Vile and embarrassing. At *that* point he was removed. I am a TKG disciple, as is Radha Jivan (originally initiated by Bhavananda).

I was angry at him for his embarrassing behaviour and most particularly his offensiveness in public. I went to confront him as a godsister. No one knew I was going, no one stopped me, no “women blocked my way.” That is wrong.

What happened was that halfway to his room I stood down on the request of one devotee whom I had told I was going, and who said it would be misunderstood, create dissent, and make things worse. So I didn’t go to Radha Jivan -- I never went near his room.

Instead I went into the temple and sat in front of Nrsimhadeva for 20 minutes, and then went to make my way home. At that point, inside the temple, I was surrounded by a group of MEN, not women. They were sent by Radha Jivan, who had found out I was on my way to him and asked these men to stop me.

It was in fact confusion: they thought I was there because I supported the GBC, Praghosa, management, etc. In fact I do not. My issue with Radha Jivan was personal.

[PADA: Yep good point, who says they support the GBC gurus these days? If hardly no one supports these "gurus," then they are not gurus, its that simple.]

But this mob, they attacked Madhu Sevita prabhu when he came to my rescue (Prabhupada disciple, GBC from Italy). When he went to retreat to his room in the Conch Bldg, THAT is when a group of women blocked the stairwell so he couldn’t reach his room.

In short it was a misunderstanding; the head of security assured me today this was an error, assured my safety, said it was a mistake that this mob thought I was acting on behalf of GBC / Praghosa / management, that I'd been “sent by Praghosa” to harm the leader of their objectionary party.

Regarding their objections: these people are locals, long time devotees. Their complaints *are* real, they *have* been treated badly, so there is a lot of substance to all of this. Unfortunately the less intelligent think "all westerners are enemies" and that is what management have been working hard to reverse these last 2 days since this incident.

And even before, some western managers have been threatened. Not all westerners are evil, and the majority of them share the concerns of these objectors. Their main problem is Praghosa (from Ireland) who they feel has dissed and offended and sidelined all local management, treated them like dirt, and the GBC in their desire not to get involved were happy to wash their hands of responsibility and leave it to Praghosa, giving him more and more power, which he abused.

That is the GBC’s failing. In a way I'm glad this happened: this crowd could have sat on their hatred and churned and churned and then organised themselves more boldly and done something majorly harmful to too many innocent people: my very “random” decision and its timing spurred them into action, and the explosion happened .... could have been big had it been organised, but in this way it's being diffused.

Now all is calm, said they want no violence, they wish to execute their plan peacefully, they just want Praghosa out. He left when this happened. Please print this not as a comment, but as an article that all will read: it's my nothing - to - gain version of what REALLY happened.

I was pointed to this page, I do not read it, I will not answer comments, and I have nothing further to say. I simply want the right version of the story to be known. And I repeat, I am supportive of the very people who came to attack me: their understanding of my intention was an error that they’ve admitted to. Things are changing and moving forward. We pray it will continue to do so in as peaceful a manner as possible.

[PADA: OK well lets see what happens. The hatred, the "explosion," the churning of ill will at Westerners, all this may have been averted, maybe. It is self evident that the GBC are not taking care of important ISKCON issues whether:

The deteriorating conditions of some temples;

The lack of varnasrama;

The constant removal of devotees (as is now going on in Miami, New York, Phoenix and other places, and an attempt is also being made to remove hundreds of devotees from the Bangalore project, all this is ongoing);

Selling temples, farms and properties without consulting the devotees;

Keeping the people who orchestrated the regime of child abuse in positions of power (like Bhavananda, Jayapataka, Hari Sauri etc.);

Having "acharyas" fighting in public over many issues;

Alienating many / most of the devotees, the women as a class, the ex-kulis, and the public;

Spending lavish money on salaries for a few elites;

Upsetting thousands of people by editing the books;

Kicking out the samkirtana devotees to the point that the public hardly even knows the movement exists anymore;

Killing off the book distribution program to a trickle of what it was;

And now, neglecting their duties of managing Mayapura;

--- And the list is really endless and so -- this Mayapura mess is simply another example of the GBC's negligence and lack of managing. They are collecting big salaries or personal expense funds, supposedly to be paid managers, but not doing their job, plain and simple.

And so this mataji has to try to fix their mess for them, but even she says, its not really been fixed, its just on temporary hold waiting for a fix (like so many other problems). Sheesh!

Why is Braja Sorensen having to manage their problems, and the GBC isn't? What are they getting paid for? It appears that she placed herself in a possibly dangerous situation, while the GBC is sitting around twiddling their thumbs, just like they placed myself, Sulochana, Kula shekhar (who was beaten severely), the kulis and many others in dangerous situations -- while they twiddled away, doing nothing of substance to help contain these issues.

The only thing "of substance" they have done recently, they spent $20 million dollars suing Bangalore, and did not even purchase one paper clip for all that expense. That is the only thing they seem to be good at, pouring giant sums of money down the sewer system, and not much else. Then again they did not even purchase one piece of manure for their $20 million, they just do not manage funds properly either, just like they do not manage much else either, period.

This woman self-evidently has better managing skills than all of them put together. We also heard that some of the Bengalis there are bad news themselves, and they are part of some bogus land deals, allegedly running some prostitutes for the pilgrims, and other bogus things, again, reflects on the GBC's lack of fixing these things in the holy dham. ys pd] 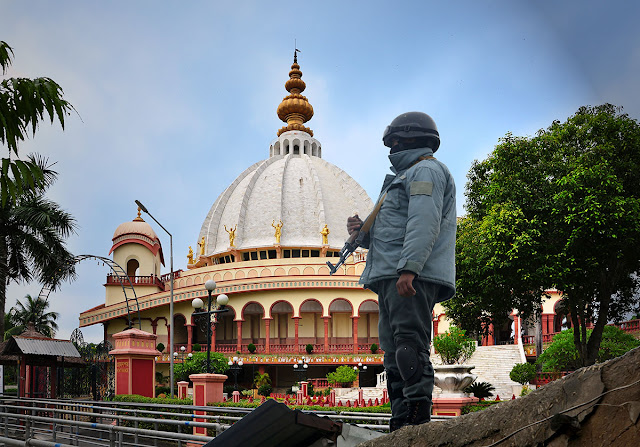