Krishna and His Cows 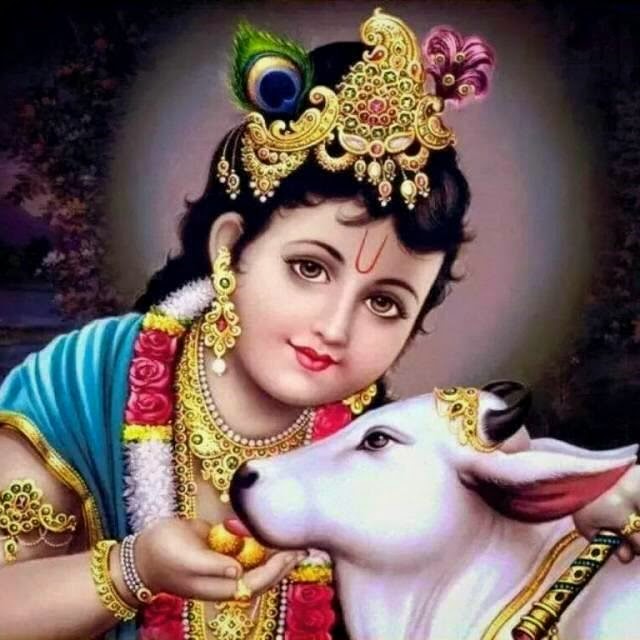 Krishna resides on Go-loka, the planet of cows

Nanda Maharaja had 900,000 cows. Visvanatha Cakravarti gives this description of the cows of Vrindavana: -- Krishna knew every cow by name. If any cow was missing Krishna would immediately chase after the missing cow and call her by name. The cows were divided into herds by color, either black, white, red, or yellow. In each color there were 25 further divisions making a total of 100 herds. There were also eight herds of cows that were spotted or speckled or had heads shaped like a mridanga or that had tilak marks on their foreheads. There was a total of 108 different herds of cows. Each of the 108 herds had a herd leader.