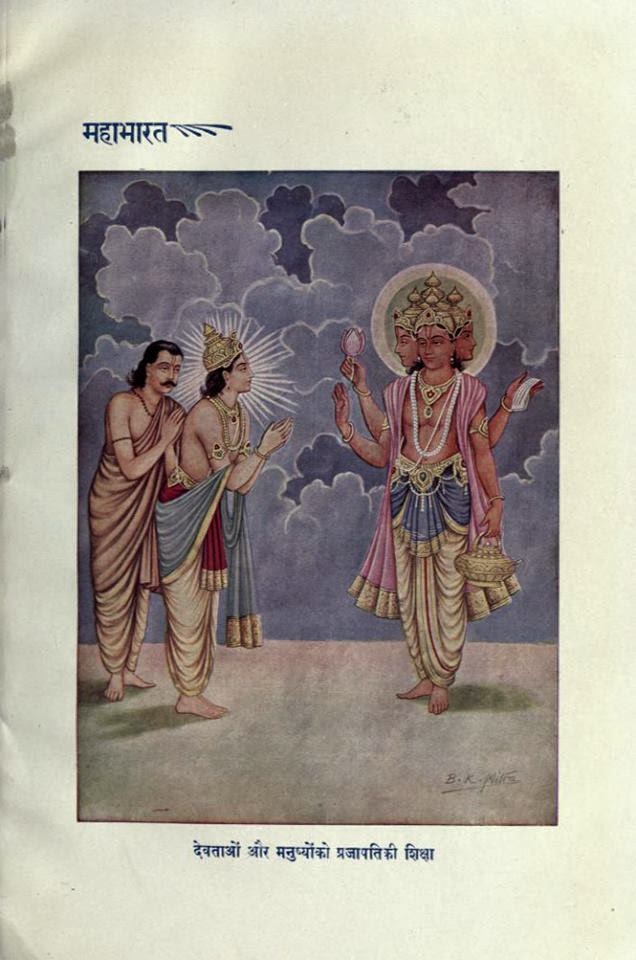 The Title would be exclusively reserved for SBSST. When Srila Prabhupada's disciples put the big banner with Srila Prabhupada's name on the gateway to the ISKCON property in Mayapur it caused and uproar with the God brothers. Srila Narayan Maharaja Srila Trivikrama Maharaja and Srila Vaman Maharaja refused to come to the corner stone laying ceremony because they said that their Guru has ordered them to only use the title Prabhupada for SBSST and no one else.

[PADA: Except the title "Prabhupada" is meant for a person who is delivering Krishna to the world, and the acharya is deputed by Krishna direct (saksad hari), thus he is NOT someone whose actions or titles can be decided by various meetings and votes? Meanwhile Srila Prabhupada complains he was not even invited to their meeting, nor was he invited to countless other meetings of his God brothers because they were saying he was a "paccha grihastha" (rotten householder). They were shunning him. Why should their "meetings" have any impact on what he is doing anyway?

And what was the result of the Gaudiya Matha folks meetings? The God brothers were appointing unqualified people (Srila Prabhupada said "unfit" persons) to the post of acharyas. Srila Prabhupada said this resulted in -- another man comes to be acharya, then another man comes, then another man comes, and they kept falling down. And in some camps the acharyas do not even last for one year before they are falling. And in this way he says, they killed guru to become guru. So he was not interested in their guru rubber stamp process, just like we his followers are not interested in this program of rubber stamping conditioned souls as acharyas.

In other words the Gaudiya Matha was not agreeing with Srila Prabhupada that the acharyas have to be pure souls, and not conditioned souls. And the result of their appointing conditioned souls to be their acharyas is that dissenters were beaten and killed and this made horrible news media stories against the Gaudiya Matha, and this destroyed the mission for the most part.

And this is also what happened after 1977, various Gaudiya Math "advisors" backed the GBC's 11 gurus, and some of us dissenters were assassinated, and there was bad media coverage ad infinitum. In sum, history repeated because these folks never understood that conditioned souls cannot take the post of acharyas. They even had homosexual acharyas, and so did ISKCON, exact same history repeated by the same exact people like Sridhara Maharaja who were promoters and "advisors" in both cases.

Acharyas are in any case not subordinated to their God brothers meetings, votes and conjecture over what titles they are allowed to use or not use? Krishna is the Supreme Being whom empowers the acharyas. And thus Krishna is the person who decides how His acharyas are to be recognized with what titles. The acharya transcends the policies made by others, including his God brothers.

Even in my own case, many of my own God brothers mostly objected to what I was doing as well. They thought that our objecting to the GBC's illicit sex acharyas program was "being offensive." However, the idea that acharyas are not debauchees transcends their criticism because it is Krishna's direct statement "acharyam mam vijnaniyam" "the acharya is as pure as Myself" -- and that is what we are citing.

We even have our God brothers like Bhakta das still saying our preaching is potty mouth, and that we should work with members of the GBC's illicit sex guru program. OK and this is how our brothers enabled and empowered the illicit sex acharyas program, just like Srila Prabhupada's God brothers enabled and empowered their illicit sex messiah's project. This project is not approved by Krishna, because Srila Prabhupada told us it is unauthorized and they are "severe offenders."

We therefore do not need the rubber stamp of our God brothers for their approval to cite Krishna direct, thus we are operating on a higher principle, i.e. Krishna's declaration that His acharyas are always pure. Srila Prabhupada has way more authority than we do, millions of times more, thus he is above the criticisms of his God brothers as well. None of my God brothers has been able to defeat our saying that acharyas are not debauchees, and they never will, because it is Krishna's statement that His acharyas are as pure as He is, they cannot defeat Krishna and they never will, ever.

The Gaudiya Matha God brothers objected to the title of "Prabhupada," and so they were calling Srila Prabhupada "swami maharaja," which Srila Prabhupada said was a much lesser title, and that was fine for them, but he said they have no authority to challenge his use of that title by his disciples. His disciples get to use whatever title they use and is approved by the acharya, and its not in the purview of the God brothers to interfere in such guru and disciple relations. Sridhara Maharaja was in fact famous for saying exactly that, NONE of the God brothers should interfere with the guru and his disciples. These God brothers are not following their own rules.

We know very well how this process works since our own God brothers called me and Sulochana envious and offensive, and their idea was, to foment agitation against us -- which could get us harmed or killed. And they did get Sulochana killed by their demonizing us. And after 1977 Narayana Maharaja was calling us "ritvik poison" because we would not worship the GBC's homosexual acharyas, and his and the GBC's calling us "poison" is how some of us were beaten and killed, we were demonized and then hunted like dogs.]

BM: They felt obligated by their guru nistha to not attend the ceremony unless Srila Prabhupada stopped calling himself by that title. Their guru not being present on the planet any longer they had to abide by the last instruction.

[PADA: Srila Prabhupada never mentioned any such meetings or instructions, he simply said -- they are envious of my title. We are in any case supposed to follow the acharya, and since he is the acharya, he is above any such meetings and agreements. The God brothers were also criticizing: our having women on our party, making mlecchas into brahmanas, and so on and so forth, they had a huge laundry list of complaints, and the name "Prabhupada" was merely one item on their laundry list. They were attacking everything he was doing, not only the one point that he was using a title they objected to. In any case, most of them went on calling Srila Prabhupada "swami maharaja" which was their way of averting using the title of "Prabhupada." We thought that was a less calibre title meant to minimize Srila Prabhupada, and he agreed, he said they are envious of the "Prabhupada" title.]

BM: Srila Prabhupada had a meeting with his god brothers about using the title and he made the following points, I am not using the title my disciples are using it and I cannot stop their faith. I was in Vrndavan when you had the meeting why didn't you invite me if you had invited me I would have made the vow with you. But you did not invite me so I have n obligation to follow that and discourage my disciples. Once Srila Prabhupada told me in a dream that SBSST gave him permission to use the title Srila Prabhupada he awarded it to him for his preaching.

[PADA: Right, Srila Prabhupada never made a vow with them, nor was he inclined to go to their meetings. Nor did he agree that any of them were acharyas, rather he said "among my God brothers no one is qualified to be acharya." Nor did he agree with their guru appointment system and so forth. And they ALSO did not agree with his policy of adding women to the party and so forth, they simply could not understand what he was doing, so they criticized. And as a result Srila Prabhupada said his God brothers gave him "depression, repression, oppression" and my post 1977 God brothers did the same thing to me, they demonized me to get me banned if not killed.]

[PADA: Except Narayana Maharaja kept using the title "swami maharaja." And NM also said Srila Prabhupada is wrong to say we all came originally from Krishna's leela or sport; That ISKCON is wrong to have Narasimgha deities in Radha Krishna temples; That Srila Prabhupada's yani kani prayers are karma kanda; That Srila Prabhupada's books are chasing people away from Krishna; That there will be no Kalki avatar this Kali yuga; That the worst case offensive leaders of the homosexual guru's program like Tamal are "Radha's dear Tamal tree"; and so on and so forth. In any case BV Puri did say that the 11 had only been appointed as ritviks, at least he was honest enough to clear that up.

Narayana Maharaja invited me to his ashram to talk to me, and he left me sitting outside his room for ten hours without meeting me, then he sneaked out the back door and left the property. Even farmers in Kansas have better understanding of vaishnava etiquette than this. ys pd]