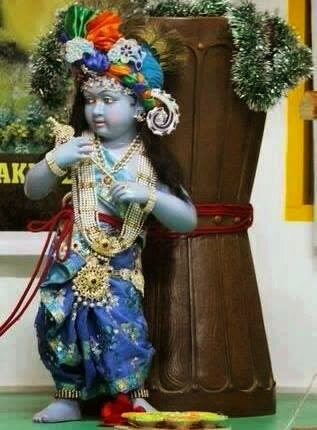 Also, devotees in Spain are starting an "ISKCON Bangalore Spain" program, which follows the idea of the Bangalore devotees, that we must worship Srila Prabhupada.

Already there are nice Srila Prabhupada centered programs in Montreal, Seattle, Vancouver, Sunnyvale, New York City, various places in Russia, as well as New Zealand, Taiwan, South Korea, China, Brasil, Singapore, many sites connected to ISKCON Bangalore in India, and there are many other folks in other places. If anyone has a program for Srila Prabhupada and they want to have us advertise for you, please send the info to: angel108b@yahoo.com.

B: I'd like to find a bona fide program to serve Krishna.

TH: Then you should join ISKCON bangalore immediately. If you feel it is also bogus. you can leave anytime. Join and do service for some time. It's pure Prabhupada's camp nothing else. trust me. ULL NEVER REGRET IT. TAKE IT OR LEAVE IT.

JR: Thank u Srila Prabhupada for letting me get d association of Iskcon bangalore. this is d only place anywhere u r worshiped as the sole diksha guru. No worries, no sadness, no confusion for us going to blore temple. B prabhu! U must come and live here and see for urself, you will definitely feel satisfied that this is the place. IB has centres everywhere u can try there too.

SK: prabhu ji! Hari Bol! It shows your intense desire for Krishna Bhakti through mercy of Srila Prabhupada. You don't worry, be patient. I think you should leave it to Lord and Our Savior because they will guide you for sure. You are very sincere. May be I get some of your intensity to please Lord and Srila Prabhupada! Yasya prasada bhagavata prasada.. om ajnana timirandhasya jnananjana salakaya caksur unmilitam yena tasmai shri guruve namah. Krishna will give knowledge from within.

PADA: Bangalore has made a nice temple here in the San Francisco area and its first class. You should find people who worship Srila Prabhupada wherever they are and stick with that program. And if you cannot go in person then go there in mind. ys pd