The Good, Bad and Ugly of Using Outsider's Help (With Mahesh)

Among us, - some issues to know.

Srila Prabhupada says: "There is no possibility that a first-class devotee will fall down, even though he may mix with nondevotees to preach."

Sri Bannanje Govindacarya: The question is irrelevant. Because if he is a mahabhagavatha, he cannot fall. If he falls down he is not a mahabhagavatha. What is the definition of mahabhagavatha? First we have to know that. According to the Bhagavata purana, a person who has practiced the vaishnava system according to Maha Srimad Bhagavatha and has reached certain level.

Then if he is mahabhagavatha, he cannot come down. He cannot fall down. Sometimes it happens, even realised souls have prarabhdha karma. That is also told. Even the realised souls who have seen Narayana face to face, eye to eye, Vishnu sakshat kara is there, after realisation also due to prarabdha karma also some people may fall down. That is there in the scriptures.

You leave it, it's only for argument sake.

"A devotee is considered superlative and superior according to his attachment and love. In the Eleventh Canto of Śrīmad-Bhāgavatam, the following symptoms have been ascertained.

The standard of devotion is also categorized in the same way. A neophyte believes that only love of Kṛṣṇa or Kṛṣṇa consciousness is very good, but he may not know the basis of pure Kṛṣṇa consciousness or how one can become a perfect devotee. Sometimes in the heart of a neophyte there is attraction for karma, jñāna or yoga. When he is free and transcendental to mixed devotional activity, he becomes a second-class devotee. When he becomes expert in logic and can refer to the śāstras, he becomes a first-class devotee. The devotees are also described as positive, comparative and superlative, in terms of their love and attachment for Kṛṣṇa.

Note: NO NEED outside instruction WHATSOEVER:

73-12-25.Letter: Gurukrpa , Yasodanandana
Whatever is to be learned of the teachings of Srila Bhaktivinode Thakura can be learned from our books. THERE IS NO NEED WHATSOEVER FOR ANY OUTSIDE INSTRUCTION.

[PADA: Correct. Hardly anyone can duplicate the teachings of Srila Prabhupada, including really -- just about cent percent of his Gaudiya Math God brothers, or even cent percent. The Gaudiya Matha folks just did not absorb the materials given by Srila Bhaktisiddhanta Saraswati Thakura. Then again, our contemporary Srila Prabhupada's disciples, aka our own God brothers, rarely agreed with us when we said deviants are not acharyas, and a lot of them still fight with us on this issue.

Many of them never understood that acharyas do not engage in illicit sex with men, women and children, never mind other topics. And that is why we have Alachua ISKCON advertising as "the biggest Srila Prabhupada devotee retirement community on earth." And Jayadvaita goes to the temple there to preach, and his idea is that Krishna's acharyas are often illicit sex with men, women and children deviants.

At the same time, PADA has done the same exact type thing here in the USA. We got the "outside" Christians and their scholars, police, FBI, courts, media and other sources of help us, to assist us in countering the GBC's "enforced cult ritualistic worship of homosexual pedophiles as messiahs regime -- that bans, beats and kills us dissenters." Bravo to the Christians for helping the Krishna devotees, because we are alike in many respects. They know for certain that deviants are not EVER God's messiahs, and we should all know that too.

Without the "outside help" of the Christians, especially their law enforcement, we would have been assassinated ourselves a long time ago. They arrested the GBC's hit man who had a description of my vehicle in his pocket. I was told by the police I am next on the GBC hit list, but the "outside" Christian's society saved me because they are closer to the teachings of Srila Prabhupada than the GBC folks are, so they know "thou shalt not kill" means -- we cannot kill the other Krishna folks (like me).

So the Christians are clearly much closer to Srila Prabhupada's idea than the GBC, and that is also why their courts sued the GBC for $400,000,000 for their  molesting project, and their SWAT teams raided GBC properties and so on (with me sometimes acting as a consultant). And their media, etc. also helped us substantially expose these GBC criminals posing as messiahs etc.

Even the Christians know that all this is bogus, never mind we would find a number of scholars in India who would also know that process is bogus. So we should get outside assistance when we can, I see no harm in that. And in fact without outside assistance, we could find ourselves being assassinated and so forth. So we may -- in fact need -- outside helpers as essential agents in the battle against violent molester messiah's projects.

The Bangalore folks went to the "outside" Supreme Court in India to fight the GBC there, and the GBC allegedly spent $20,000,000 trying to stop the Prabhupadanugas there in the Supreme Court. So that means, Bangalore has done more than all the rest of us combined by getting these Srila Prabhupada documents submitted into the high court, not only the general court but the highest court in India.

That is essential, so people in future will have a recorded legal record of what Srila Prabhupada wanted and intended. Bravo for them doing that, when the rest of the "big devotees" sat on their thumbs and did nothing like this. Whatever other so-called problems Bangalore has, this is certainly a big plus that future people will come to appreciate eventually.

So Bangalore has used some so-called outside scholars, outside courts, and so forth, and we have done similar things here, because outside people are prone to understand that the GBC's worship of illicit sex with men, women and children guru programs is a danger to human society. And they also pose a severe danger to people like us because -- they will send hit men to assassinate us, or they will sue folks etc. -- if they think they can get away with it.
So the GBC went right away to outside people like Sridhara Maharaja, then Narayan Maharaja, Fakir Mohan, Babajis and others, so its fair game for us to find support from our own outsiders to counter them. And without the help of the outside folks and their courts in India, Bangalore would have been overtaken by the illicit sex acharya's process there a long time ago, so they have used outside people to defend their position -- and so has PADA.

And then again we have so-called "Srila Prabhupada faithful" people like Dayalu Nitai's HKC Jaipur folks, they also went to their ritvik bashing "outside sources," OK to the GBC's chief defenders and cheer leaders like Bhakta das, Hari Sauri, Hitler pada and others to try to defeat us, because they are still in bed with the children beater's messiah's association. Their thug Prahlad even said he was going to help the GBC's goons come and kill me, admitting directly that they are working hand in glove with the molester messiah's project's violent criminal goondas, and its program of banning if not assassinating the Vaishnavas who resist worship of their deviants.

And if the so-called "devotees" are less advanced than the so-called "outsiders," then -- we should take advantage of that process and use it to our advantage -- and we have. Its called dove-tailed use of other people to attain a higher purpose, of course my first purpose was -- to survive from their goons and hit men.

I hope more devotees will use this tactic, because when fighting a giant violent goonda's molester's messiah's program, we may need help, and we should not hesitate to get it. Because for starters, we should never forget -- the "outsiders" are ALL inside of Krishna. So they too are also Krishna's agents, His hands and legs, who can help us in certain instances, and they have. And all of the people who help us, whether scholars, police, mass media, book writers, courts or whatever it is, they will get credit from Krishna for assisting His sevakas.

Anyway, this is interesting for our readers since we are getting double the hits now this year that we had last year. ys pd]

Mahesh: Hare Krsna!
((PADA: Good news is, we are getting twice as many hits on our blog as last December, more people are taking interest. ys pd ))

This is nice to hear - should keep all these discussions going - some sincere souls can get chance to leave the bogus IS-CON  gurus and accept Srila Prabhupada's shelter.
One thing to notice is that when we use Srila Prabhupada's QUOTES  the ENVIOUS Anti Ritviks can NOT defeat THEREFORE they seek EXTERNAL sources TO MANIPULATE eg Vedas, Gaudiya Matha literatures, sanskrit scholars, etc.  Srila Prabhupada QUOTES are the actual nail in their coffins.
Hare Krsna!
PADA: Yup!

Meanwhile people all over the world are catching up to speed, notice this public post someone sent us here .... 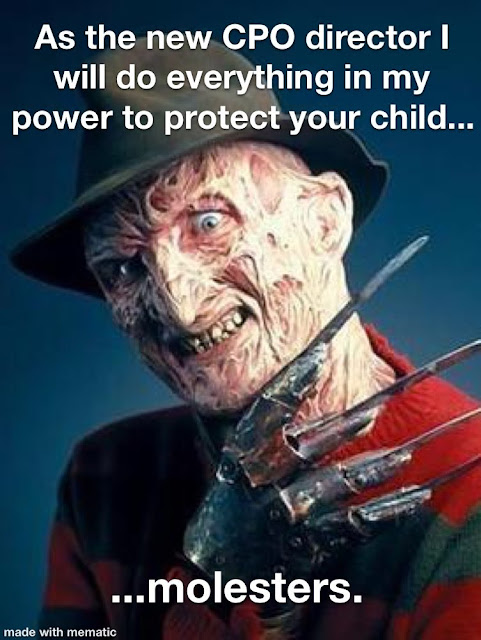 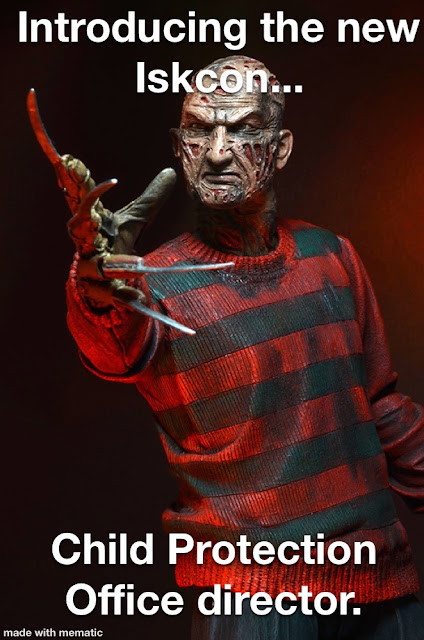