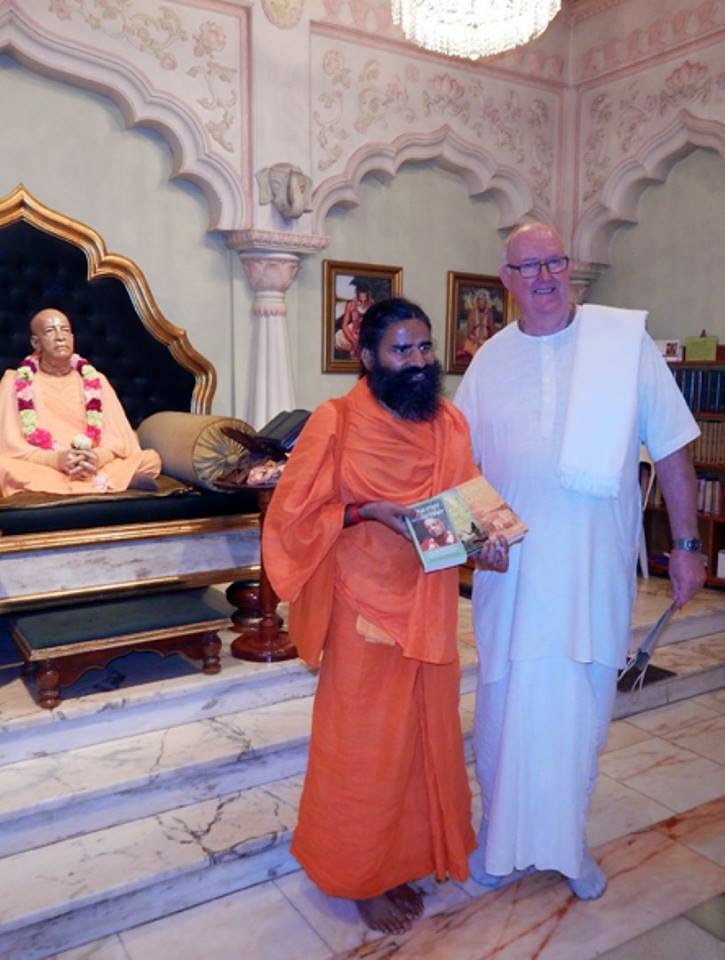 As part of our ongoing efforts to establish good relations with the wider Hindu Community, ISKCON’s Melbourne Mahaprabhu Mandir Temple was honoured to welcome Swami Baba Ramdev, the famous yoga teacher from India, on Friday 10th April. It was just a short visit (part of an official welcome to Melbourne) as Swami Ramdev gave his yoga programs elsewhere.

Along with his entourage, Swami Ramdev enjoyed a sanctified vegetarian lunch in the dining room, after which he received a selection of Srila Prabhupada’s books. ISKCON Communications director for Australia, Bhakta dasa, comments: “My impression of Swami Ramdev is that he is a very humble and sincere personality. During the time of his visit with us we developed a respectful friendship. I discussed some of our Melbourne development projects with him including the new kitchen and our interests to establish a Vedic School in the Western Suburbs in the near future. Swami Ramdev showed interest in supporting such a school that teaches the various aspects of yoga to its students.”
Posted by krishna1008 at 5:45 PM