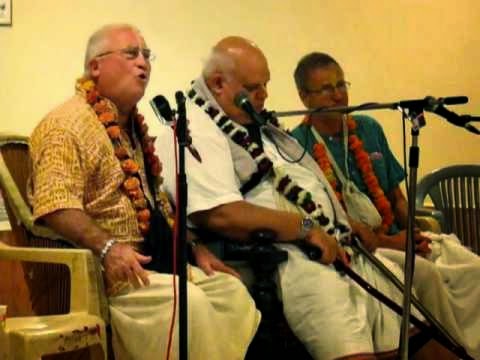 PADA: Guru Kripa came to visit me in Santa Cruz in 1982, this was before the letters had been published by Sulochana, and he had a copy of one letter to Rupanuga in 1974, telling ISKCON to avoid Sridhara Maharaja. He said that the GBC was deviating by going to the Gaudiya Matha and making Sridhara Maharaja their "shiksa guru." He also told me "the 11 gurus will have a hard time keeping it in line and it would be a question of time before they started failing all over the place." That's how he still talks, heh heh.

I kept the copy he gave me and it was at the time quite a treasure just to have this one letter. Unfortunately, a few years later, Guru kripa wrote to say he wanted us to work with the Gaudiya Matha's guru BV Puri maharaja, he seemed to have forgot what he told me about not working with them. He still avoids me because he is sore that we neglected to promote BV Puri maharaja, and we found various problems with BV Puri's statements and position on various issues. BV Puri was to his credit one of the people who opposed all the Gaudiya Matha God brothers when they said Srila Prabhupada cannot use the title of Prabhupada. ys pd

LS: "He still avoids me" This might be vice versa - Gurukripa recently mentioned that all he hears from PADA is: You stink, you and your whole lousy fellow campaigner stink..... How can there be cooperation, is it possible? Things are rather grinded to a halt, this is present status? So what can be done, people figure that PADA's manner of reasoning is as such that negates any good they are coming up with? Majority keeps silent, waiting and observant - what else can be done when fronts hardened on both sides?

PADA: It was Guru Kripa himself who told me that Srila Prabhupada says we should not accept that the Gaudiya Matha's gurus are authorized, and that -- "among my God brothers no one is qualified to be acharya." That is the very exact same letter that Guru Kripa showed me, and gave me a copy at the time. And he was saying everyone who was going to the Gaudiya Matha was a rascal and etc. Hence, it was Guru Kripa himself who showed me the 1974 Rupanuga letter saying that we cannot work with them, and he left me with a photo copy of that letter.

Then a few years later, he (and Bhakta das) started writing to us that we have to accept the Gaudiya Matha's gurus, and that I should promote them, and that BV Puri is qualified to be an acharya. That means, he no longer accepted the authority of the letter he showed me. I accept that the order of Srila Prabhupada is authorized, we should not go there. Now some people say I need to cooperate with the people who do not accept the instructions in Srila Prabhupada's letters?

There are so many other statements from Srila Prabhupada, including in his Chaitanya Charitamrta, saying that the God brothers deviated. I accept these statements and I cannot cooperate with those who do not. I accept the 1974 letter, the God brothers deviated and they are not qualified to be acharyas, its not my authority to change the orders of Srila Prabhupada, and this is the same on the book changes, there is no order to change the books either, so I do not accept that group either. ys pd

LS: " I accept that the order of Srila Prabhupada......" You see this is not what it looks like - former ISKCON devotees don't go there because they reject Prabhupada or leave his shelter - they go there because even the very term Hare Krishna became linked with all those ISKCON wrongdoings. So its kind of a place to step out of the firing line of being accused to be part of ISKCON's criminal records. Anybody who knows Gurukripa prabhu knows that he is a Prabhupada man - just listen to his latest lecture?

PADA: OK so Guru Kripa went to the Gaudiya Matha to avoid the GBC's and their guru problems, but the Gaudiya Matha's people were the very same folks who were major duty cheer leaders of the GBC's gurus, including BV Puri, who was promoting some of the GBC's gurus right to the end. For example BV Puri was inviting Radhanath swami over to his ashram to lecture with a sign "Saint Radhanath." And they made another big sign "Visit with Saint Narayan Maharaja" And BV Puri was promoting Gopal Krishna swami and so forth.

OK so BV Puri is promoting Radhanath and other GBC gurus, and simultaneously Radhanath is preaching that me and Sulochana are evil people, and we all know the result of that, because I have the Los Angeles coroner's photos over here. So this begs the question, how can we avoid the GBC's gurus, ... by helping folks like BV Puri -- who is promoting the GBC's gurus? Sorry, there needs to be one line of action, and that is the line me and Sulochana took, we avoided the Gaudiya Matha's folks and we avoided the people they promoted like Saint Radhanath. Ask Sulochana if he thinks the people who supported Radhanath are "Prabhupada men."

I have listened to Guru Kripa for years, he wanted me to surrender to the people who are promoting Saint Radhanath, that will never happen, my friends are dead due to this program. And BV Puri's supporting folks like Saint Radhanath is how ISKCON now is linked to a criminal record. That has nothing to do with me, that is the result of people like Guru Kripa helping promote the leaders of this project. And now people like Guru Kripa say we stink, well yes, we survived his promoting Saint Radhanath, so we are a living reminder that makes him feel uncomfortable. The Saint Radhanath program wanted to get me as well ... Krishna saved me .. and they begrudge that. ys pd

And this is the same problem we are now having now with the the Prahlad das / HKC Jaipur folks, they are now promoting the Bhakta das / Guru Kripa program because they STILL want the world to surrender to BV Puri's program of promoting "Saint Radhanath." Ok and Saint Radhanath is the reason we have had so much bad publicity, and now everyone is upset with us, because we survived their Saint Bhakta das / Saint Radhanath program -- which assassinates us people. Sour grapes, that's all. ys pd 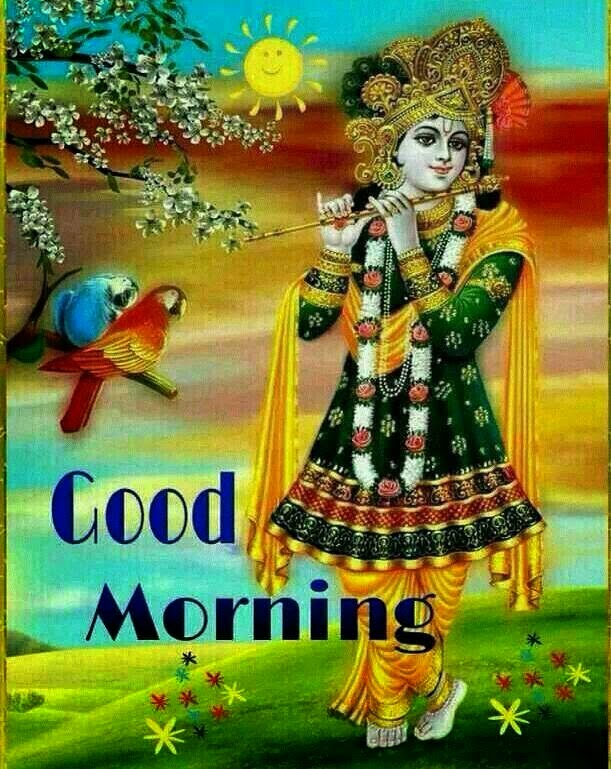