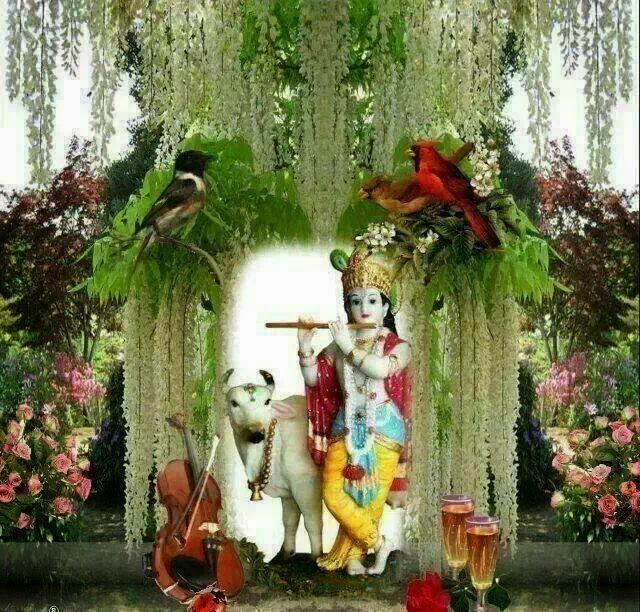 PADA: Right now the biggest problem is that Srila Prabhpada made ISKCON as a vehicle for the chanting of Hare Krishna, but nowadays many of his temples are having all sorts of decay and falling apart problems, if not city code violation problems, if not rats and so on, because the leaders are not spending money to maintain these vehicles. I was recently sent some "fund me" programs to buy a washing machine for one temple, a heater for another temple, meanwhile another temple had its restaurant closed by the city due to health code violations. Clearly the management is not taking good care of these temples.

Another "ISKCON listed" temple has the problem that the GBC manager was voted to be audited by the other (Hindu?) managers, and he is not even allowed on the property while the audit is going on. The GBC representative of that temple cannot even walk onto the temple premises. This temple is not even registered in the name of ISKCON, so ISKCON will not even be able to take control of this building even if they wanted to, and it looks like their "main link" there is in a pack of trouble, probably for good reasons.

The brahmachari rooms in yet another temple were recently certified as "not humanly habitable" and these brahmacharis were moved to a house -- that has rats and other code problems there. Worse, we have 4-500 devotees in India who are chanting nicely, and yet the GBC has spent so far $20,000,000 taking these devotees to court to have them removed from the buildings. Instead of fixing the existing buildings that need repairs, they are hard at work trying to empty out more buildings, and spending millions to make more empty buildings.

Why has the GBC made their main priority -- kicking out anyone who is chanting Hare Krishna? This is not the way to spread the chanting of Krishna's name? ... to run the whole program into the ground and remove people day in and day out, and let the vehicle for the chanting go down the drain.

Apart from that, Srila Prabhupada says the chanting has to be offered up the parampara to Krishna. You cannot just chant Hare Krishna, you have to offer everything up the proper chain, via the guru parampara -- which THEN offers our chanting, our bhogha and service to Krishna via the parampara. And Srila Prabhupada said there are hundreds of sahajiya sects in India that chant Hare Krishna and he says they are not going to be liberated because they are ONLY chanting these mantras to NON-LIBERATED souls -- or false acharyas, so their service is not going up the chain to Krishna.

He said since they are not offering their chanting and service up the proper chain of parampara its not going to give them liberation, its incomplete. ISKCON has adopted the same incomplete program, people are chanting to conditioned souls, that means, the chanting is not going up the proper chain to Krishna. In any case, always removing the chanting devotees, and spending twenty million dollars suing all these Hare Krishna chanting Vaishnavas to have these chanting devotees removed etc. is definitely not what Srila Prabhupada ordered. Where was any of this ordered by Srila Prabhupada, that we need to spend millions of dollars to remove the Hare Krishna chanting program?

Thus, spending $20 millions dollars to have more people removed, while many of their buildings are in dire need, and certain deities are in some cases having rodents on their altars, is not going to help create the impression of any intent to form a platform of cooperation? Rather this behavior simply cements in the idea that they have no intent of cooperation.

At the same time, the bhogha offerings are still being made to conditioned souls and so on and so forth, none of this is being changed. The basis of cooperation is not to sue folks to remove more and more and more people, this appears as a bully boy program to most folks, and right now its alienating a number of life members in India who are infuriated their donations are going to lawyers, and some of them are recently making a vow not to fund ISKCON anymore. No one wants to give money to a lawyers program?

Srila Prabhupada told us to avoid such programs, because they are a deviation. In any case, they are the ones who have to drop the hatchet, their constant banning and suing program is relentless and we see no sign of them slowing that down to appease anyone. The good news is, our devotees have been able to stay because we countered their lawsuits, we have had a lot of people be able to continue their chanting thanks to our getting these people legal protection. If we have to get legal protection for people to chant Hare Krishna, what that means is, this is Gaudiya Matha pt. II. We all know what Srila Prabhupada thinks of this program, and we have to think the same way he did if we are to be considered as his loyal followers. ys pd