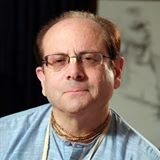 -- Dear Prabhus, I would humbly like to share this with you. There is a huge difference between Srila Prabhupada allowing us correct typos and edit mistakes out while he is present , and what happens when he is gone The letter I wrote to Srila Prabhupada in response to "the rascal editors" transcript and the reply I received is in the archives and has been circulated to every BBT Trustee.

That's a the plain truth and simple fact. There were exchanges with Srila Prabhupada after the rascal editors conversation and His Divine Grace did approve certain limited editing after that conversation.
Finally, anyone who truly knows me knows I want all editing to be stopped, forever. When the editing is stopped for all time, I will be able to comment more freely. Until then, I have a one track mind - stop all editing immediately and irrevocably.