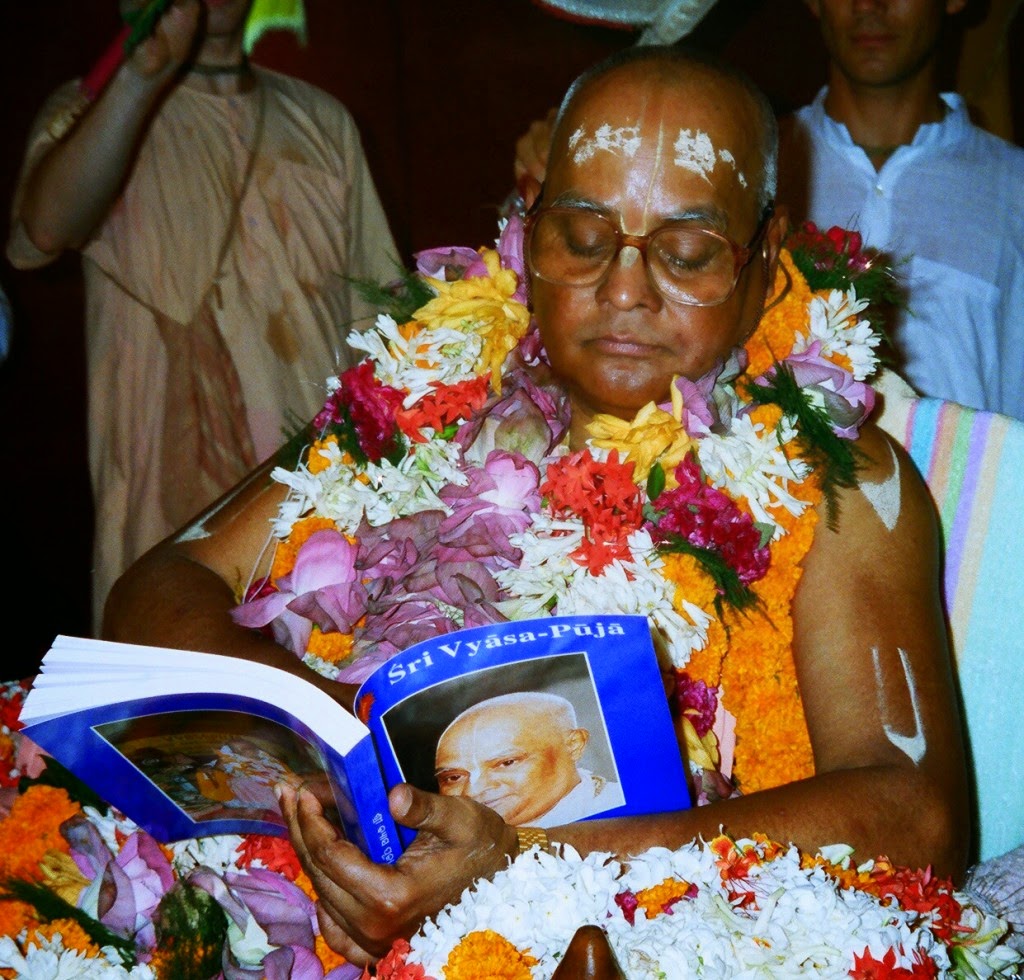 Prabhu [I assume there is a real person behind "ISKCON Spritnet], what is your actual name and where are you located. You "advertise" yourself as "ritvik", yet on a current "thread" of your's you not only express admiration for Goura Govinda Swami  -- by his assuming the post of diksa guru he rejected Srila Prabhupada's order on "initiations" in ISKCON after his departure and thereby contributing to the present demonic state of ISKCON.

And GGM also, very vocally rejected Srila Prabhupada's assertion that the origin of the living entity is the Spiritual World, making him an actual demon according to Srila Prabhupada's teachings. You  are encouraging both Goura Govinda and Narayana Maharaja [he spend years openly and "enthusiastically" blaspheming Srila Prabhupada, and he also re-initiated dozens of Srila Prabhupada's disciples, a most offensive action] as "Srila", I find this most disappointing, actually most outrageous for someone claiming to be a "ritvik".

Tamohara das: Srila GGs is a pure devotee. You don't know that, so why should I care what you say, or what others say, in that regards? I lived with him for years and read his books, have you? You simply cant handle that Srila Prabhupada is the most advanced, so it surprises you that others cannot come up to his higher technology of spirituality?

As for Narayan Maharaja, I know nothing of him. but many God brothers say he is a pure devotee and my wife is his disciple. What do I care what he says or does? I do not. Neither do I buy all the rumors and crap spilling out of the nonsense ali-PADA and the forty thieves.

On the other hand, there would be improvement for all if the fighting stopped, and we got on with it. We have some ten new initiates ritvik at spiritinet site. So why aren't you and the rest sending us money and supporting our programs? Tamohara dasa, acbssp, Bh.S., MSc.

[PADA: OK so it does not matter that GGM and NM supported the GBC's gurus? That does not matter? Nor does this explain why GGM says Srila Prabhupada's jeeva tattva is not correct. ys pd]