PADA: Yes prabhu you are correct. Prahlad das now says the reason he is against Srila Prabhupada and our Prabhupadanuga's program of making nice Krishna temples is -- (as Prahlad finally admits) he thinks temples for Krishna are simply "piles of sky scraper stones. Not very intelligent work." Therefore Srila Prabhupada was wrong to have the temple moved to a big sky scraper on 340 W. 55th Street, in Manhattan in 1975.

In short, Prahlad now says that Srila Prabhupada's whole idea of making hundreds of opulent KRISHNA temples is simply making mundane piles of dirt and bricks, and the temples of GOD are the exact same thing as the karmis making mundane sky scrapers. Srila Prabhupada was so happy that we got a nice big sky scraper building in New York City -- and Prahlad now criticizes -- this is all about simply collecting mundane bricks. Hmmm, and some of the GBC's gurus are also against us making big buildings for Krishna?

Prahlad agrees with the atheists, Krishna does not need to have any home at all, its a waste of time to make opulent facility for the Lord. And that is why Prahlad refuses to even make a pup tent sized temple in UK for Krishna, he wants Krishna to be homeless.

You are right, that makes Prahlad straight up atheist. He is so envious that Krishna is getting all these opulent houses, that is what all the demons in Krishna book ALSO complained about, why is Krishna getting all these nice facilities, golden palaces, many servants and etc.?

Krishna is mundane, and thus all His facility and paraphernalia are all mundane, lets criticize Krishna for having all this opulence. And now Prahlad is speaking exactly like them, he is angry that Krishna is getting opulent facility, you are right. And worse, Prahlad is now quoting -- as his legal authority -- the lawsuit of the people who have had more than a few instances of rats, cockroaches and bed bugs in their temples.

These are Prahlad's best pals and legal authorities, he has become the hand maiden of the people who are making Krishna live in their "ghetto for Krishna." Why is Prahlad the boot licker of the people who want Krishna to live in the ghetto? Why does Prahlad want to see Krishna living with the rats? And he is angry that someone does not want Krishna to be in the ghetto with the rats? Why is that?

Srila Prabhupada says that it is ONLY mundane buildings that are simply piles of stones, whereas KRISHNA's TEMPLES ARE SPIRITUAL, and now Prahlad says the mundane rule applies also to Krishna's home. Srila Prabhupada worked very hard to make 100 temples for Krishna all around the world, and now Prahlad says this is all a total waste of time, temples for Krishna are simply a dead pile of stones and bricks.

Umm, that is what the mundane people think, Krishna temples are simply piles of stones, and the deity is a stone, making temples is a waste of time, Krishna does not need a home, we should only have mundane palaces for mundane people and etc. Krishna deserves no good home. Why doe Prahlad want Krishna to be homeless? Why is Prahlad working with the people who are putting Krishna into the ghetto? Why is Prahlad citing the cheer leaders of Radhanath on his web site, when we all know that these people bury dead molesters in the holy dham, in addition to their making some temples with rats? Why does Prahlad always take the side of the molester messiahs project, the Krishna in the ghetto project?

Meanwhile, Prahlad refuses to make  even a pup tent sized temple in UK for Krishna. He says Srila Prabhupada's entire process of making temples, having deities, gathering people in these temples for kirtana etc. -- is a waste of time, money, effort and we should simply disband Srila Prabhupada's entire program of making temples, and do not bother to even make a tent sized temple anywhere, we should have nothing for Krishna to live in. Prahlad only glorifies the Krishna in the ghetto folks.

Well fine, that is what the atheists have said all along? This is amazing, Srila Prabhupada says Krishna's temples are "emissaries of Vaikuntha" and Prahlad says these temples are simply piles of dust, dirt and stones, that is why we should not even make a tent for Krishna. Meanwhile, Prahad always finds some nice buildings for himself to live in, while he complains that Krishna has a nice building.

Uummm which is what many of these bogus gurus are doing? Krishna deserves no buildings at all, not even a tent, only Prahlad deserves to live in a nice building? Srila Prabhupada says the reason we are angry to see Krishna having opulence, is that -- we are envious of His opulence. Told ya! Anyway we are glad Prahlad finally admits he is envious that Krishna has a big building, that also means Prahlad cannot go back to Godhead, no one is allowed to go there if they want Krishna to be homeless, or worse, in Prahlad's pals ghettos. ys pd 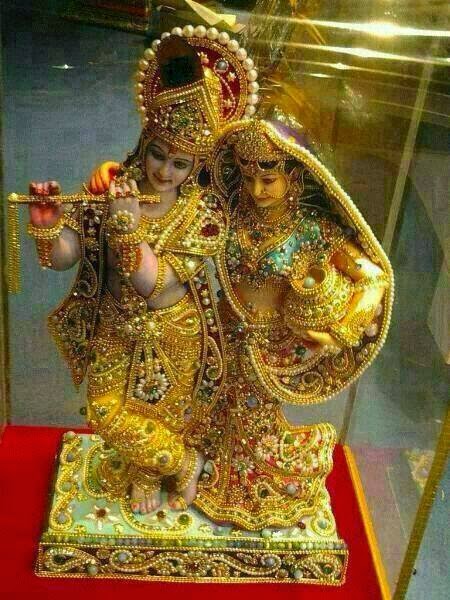