PADA: Thanks Mahesh Raja for compiling these quotes!]

"PADA: Thanks for your question prabhu, why are people opposing Srila Prabhupada having his own temple in Vrndavana like the GBC / HKC / Prahlad / Janardana / Prabhupadanugas eu folks? This is very astonishing if you think about it! We have an India saint, a pure devotee no less, whose whole siddhanta comes from Vrndavana. He loved Vrndavana, he wanted people to come visit Vrndavana, he lived a big part of his life in Vrndavana, and he wanted to build places of Krishna worship in Vrndavana — so that at the very least HIS OWN FOLLOWERS could have a place to visit there."

Mahesh: This is EQUALLY a VALID point. The only thing that concerns me is the BIG structures HAVE been under attack before. There is TWO ways of looking at the BIG Temple project:

1) Would Srila Prabhupada want it

2) What would happen in War

680817SB.MON Lectures
So this church building or temple building or mosque building is coming down from time immemorial. People are investing their money, hard-earned money. Why? Uselessly? Nonproductive? No. They do not know. They do not know how much productive that is. Therefore in this Godless civilization they have stopped building nice, decorated temples...

IN VRNDAVANA THERE IS A TEMPLE OF GOVINDAJI THAT WAS SEVEN-STORIED. FOUR STORIES WAS BROKEN BY AURANGZEB ON POLITICAL GROUNDS. STILL, THREE STORIES ARE STILL REMAINING. IF SOMEBODY GOES THERE HE'LL SEE HOW WONDERFUL WORKMANSHIP IS THERE IN THAT TEMPLE.

So does it mean that those kings or rich men, they were all fools? Simply at the present moment we are very intelligent? No. They are not fools. That is explained in the Prahlada Maharaja's prayers. Naivatmanah prabhur ayam nija-labha-purno. You cannot satisfy the Supreme Lord by constructing a nice temple, but still He is satisfied. Still, He is satisfied. He is nija-labha-purno. He is fully satisfied in Himself because He has no want. We are in want. SUPPOSE I AM RENTING ONE SMALL APARTMENT. IF SOMEBODY SAYS, "SWAMIJI, COME ON. I SHALL CONSTRUCT A VERY NICE PALATIAL TEMPLE. YOU COME HERE." OH, I SHALL BE VERY MUCH OBLIGED.

[PADA COMMENT: Right, building big temples has gone on since time immemorial. Of course Krishna does not need any house, but if we give Him one, He is obliged in appreciation to us. So, why should we give Krishna only a small apartment, why not make Him a palatial building?

We simply cannot understand why some people are saying we need to make only a small place for Krishna, when many of the temples in South India (for example) are huge buildings, made under the auspices of the Vaishnava acharyas like Madhvacarya and others.

Big temples have been made since time immemorial, it is the standard for the past billions of years. Even the Christians make huge Churches, big Vatican castles and so on, to glorify God. The Buddhists have made big buildings, the Muslims make big Mosques, ... its done universally all over the planet. I am not sure why this process is not understood by some so-called vaishnavas?]

Madhya 17.86 The Lord Travels to Vrndavana
This Bindu Madhava is the oldest Visnu temple in Varanasi. Presently this temple is known as Veni Madhava, and it is situated on the banks of the Ganges. Formerly five rivers converged there, and they were named Dhutapapa, Kirana, Sarasvati, Ganga and Yamuna. Now only the River Ganges is visible. THE OLD TEMPLE OF BINDU MADHAVA, WHICH WAS VISITED BY SRI CAITANYA MAHAPRABHU, WAS LATER DISMANTLED BY AURANGZEB, THE GREAT HINDU-HATING EMPEROR OF THE MOGUL DYNASTY. IN THE PLACE OF THIS TEMPLE, HE CONSTRUCTED A BIG MAJIDA, OR MOSQUE.

Later, another temple was constructed by the side of the mosque, and this temple is still existing. In the temple of Bindu Madhava there are Deities of four-handed Narayana and the goddess Laksmi. In front of these Deities is a column of Sri Garuda, and along the side are deities of Lord Rama, Sita, Laksmana and Sri Hanumanji.

Note: the masses of India are very much into BIG set-ups, and if they are going to put money into drinking establishments /cinemas etc, best to put into a Temple instead. This is one PRO argument. And Srila Prabhupada DID encourage centers and temples to be built.

760803r2.par IF SOME FOUR, FIVE CENTERS LIKE THIS THERE ARE IN EUROPE, THE WHOLE FACE WILL BE CHANGED. IMPORTANT PLACES LIKE GERMANY, FRANCE, ENGLAND. NOW WE ARE GETTING PLACE. I LIKE THAT PLACE, GERMAN, ON ACCOUNT OF THIS. IT HAS GOT SCOPE.

[PADA: Yep, the Vaishnava acharyas are organizing big buildings for Krishna since two trillion BC.]

[PADA: Of course, we should be careful of material things, because possession of buildings, money, followers and assets can become an entanglement for neophyte devotees. That is also why the Catholic church became so corrupt in Medieval times, there was a desire for control of the assets, and it became a sort of religious business -- as Martin Luther pointed out.

That is also why the Gaudiya Matha failed, they became interested in the assets and forgot about the preaching. All that is fine, at the same time, we cannot stop everything being fearful that some folks will be overwhelmed by the assets of the mission?

We have big, big billionaires like Bill Gates, he has huge buildings, massive amounts of money, tens of thousands of workers (de facto followers) and so on, but he is not overwhelmed because he has some basic humility and proper perspective. Having huge assets can be done, and its being done even by people like Bill Gates every day, its just needs to be done in the proper mood.

Preaching in any case requires money, followers, buildings, book printing operations, assets and so forth. The question we have raised over they years is, why are the people who criticize the Bangalore program for making a temple in Vrndavana, not building any temple in Vrndavana themselves since 1977? These folks are also not building anything in the UK, where some of their spokesmen come from.

IN ANY CASE! There has to be some building made for Srila Prabhupada's exclusive worship in Vrndavana, and if Bangalore should not build it, who will? The answer since 1977 seems to be, no one. If there is not going to be any temple for the exclusive worship of Srila Prabhupada in Vrndavana that is: (A) a severe offense and (B) its what Tamal always wanted, he wanted GBC's guru temples there only. ys pd 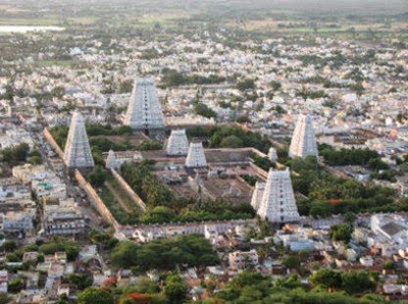 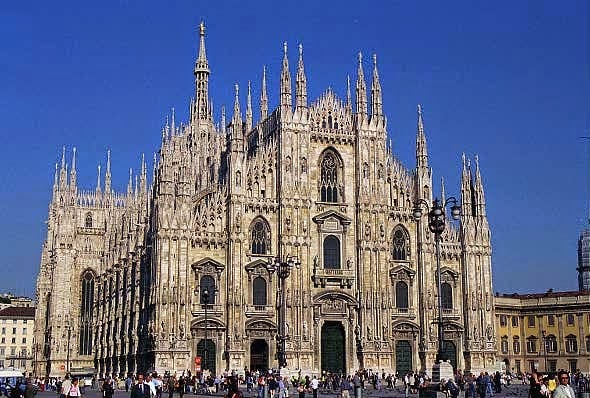