The Hon'ble President of India Shri Pranab Mukherjee and briefed about Chandrodaya Temple Vrindavan . Construction has already begun on the auspicious day of Sri Krishna Janmashtami.
PADA: Dear HKC prabhu, The fact is, it requires money to make a temple, a farm, even to set up a tent sized temple requires some funds, or to do anything else. Srila Prabhupada said "It requires manpower, land, capital and organization to do anything."

Madhu Pandit das / ISKCON Bangalore are getting money because they have made a formula to get some funds and thus -- to build something. Whereas people like HKC hero Deena Bandhu are saying this IB Vrndavana temple is no good, ok fine but SINCE 1977 he always hangs out with the GBC (bogus gurus) at their temples. And he still does, notice the photo below!

Similarly, HKC hero Prahlad das quotes Bhakta das, who also hangs out with the GBC's gurus program, and their program glorifies Radhanath swami as the messiah of the jagat. Why are these guys always in bed with Radhanath's groupies? Prahlad's pals also opposed our lawsuit to get original books, opposed our lawsuit to save the children, and said we are "mad fools" when we introduced the poison issue.

That is EXACTLY what the GBC gurus party said? And now they are quoting the GBC's lawsuit as their authority. worse, they have taken up Jayadvaita's argument that Akshaya Patra is "mundane welfare work." Even if we have some mundane welfare work going on, meanwhile you people have no work of any type in Vrndavana going on, neither mudane, sattva, rajas, tamas, no nothing? Nothing except, hanging with the GBC's good ole boys club?

In sum, your "we" seems to be always hanging with the bogus messiahs program, while giving us cheap armchair quarterback advice. Rocana does the same thing, gives us cheap advice while he has no temple at all, and he hangs out with the GBC's guru folks. Why has your "we" program never even made even a tent in Vrndavana for Srila Prabhupada? This is all cheap talk, "we should have a farm not a temple." We whom?

Where are the "we"? Where is the farm in Vrndavana of this alleged "we"? Where is even their tent in Vrndavana? Its all cheap talk. "We should have a farm, we should have this, we should have that." Well go do what MPD does, raise some funds and build something! So far Prahlad has not been able to even make a pup tent sized temple in UK. Where is his tent? You guys do not even have a tent in Vrndavana either? Your folks instead hang out with the GBC guru program while offering cheap shots at others, that is what the GBC goondas have done all along, you are behaving like them, talking like them, citing them, and hanging out with them, because, you are them? Or what?

I also should have a million dollars in my bank account. Guess what? Its not there? Your so-called "we" has no temple in Vrndavana AT ALL, its not there, your farm is not there, you have not produced anything there since 1977 except cheap talk and bluff., and no small amount of hanging out with the GBC gurus at their temples, and no small amount of harassing the Prabhupadanuga's for their attempts to do at least something!

What WE DO HAVE FOR SURE -- is this: people like Deena Bandhu, Prahlad and his pal Bhakta das going to hang out with the ISKCON temple's GBC guru's people, and glorifying people like Radhanath. These "we" will never make anything in Vrndavana, and meanwhile the people you folks hang out with made a samadhi for Kirtanananda. that is all your "we" has accomplished since 1977, hanging out with these fools.

Vrndavana does not need to be modernized, we never said it did? This is a straw man argument, we are not going to make it modern, we are making a ancient style temple like they have in south India, the oldest temples in India. So you guys continue what you are doing, go hang out with the GBC at their place. If you want a farm, start with a tent, make anything, just do it! ys pd 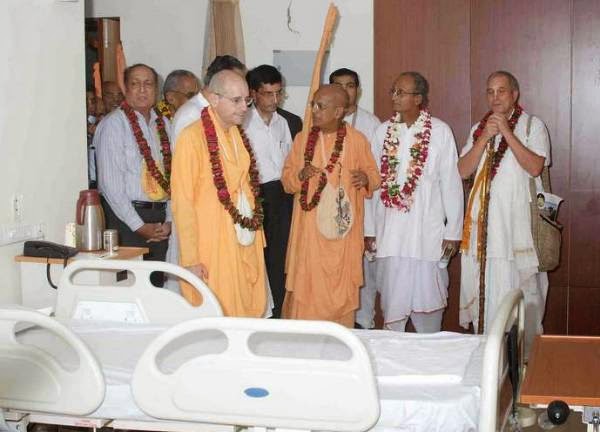 PADA: This is where the HKC "we" hang out, this is their hero Deenabandhu with his GBC guru pals. This is HKC Jaipur and Prahlad's best pal. The boot lickers of the bogus messiahs, that is the "we" they are always talking about. 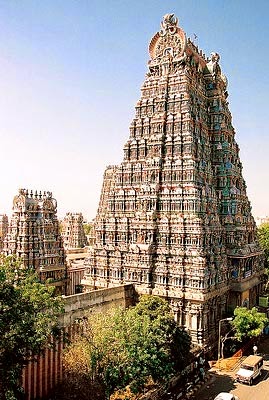 * Better to have no temple for Srila Prabhupada?

* What is the HKC Jaipur / Rocana / Bhakta das / Janardan / Prabhupadanuga eu "we" point? Their point is simple, they are hanging out with the GBC gurus and their people, quoting GBC guru  people, etc. For example their hero Janardan hangs out at New Vrndavana, that is their example of how to do things? Hang out with Radhanath and Kirtanananda's groupies? Sheesh!