PADA: As we have reported a number of times here on PADA, back in the early 1980s Hansadutta sent a pack of his vicious goondas to take (hijack / kidnap / steal?) very large marble Radha and Krishna deities when he closed a temple. Of course, this left the hapless devotees who were serving these deities crying due to missing their worshiped Lord.

"Crybabies" is what Hansadutta's people called their victims. Pretty much what the Muslim invaders told people in India when they took their deities away?

Anyway, these deities ended up being stationed at Hansadutta's then Hopland farm, where he was drinking alcohol and apparently partying with a number of lady disciples. Later, when that was closed, these deities ended up living in a teeny shack on a trailer park (owned by Hansadutta's father in law). As we witnessed ourselves, the conditions inside the shack were very disheveled, disorganized and not exactly the suddha sattva program Srila Prabhupada wanted for these deities. (See photos below). OK, it looked like Krishna had been moved from Vaikuntha to the ghetto?

Never mind Srila Prabhupada said Radha Krishna deities require a temple with at least 50 full time brahmanas, and there was just Hansadutta to "care" for them, when he could barely care for himself. And he was in a very deteriorated messed up state, including that he had a tendency towards (alcohol etc.) intoxication, reading karmi books, watching karmi movies -- and as we witnessed ourselves, having his dirty clothing strewn about the room that he shared with the deity.

OK he had again become a mouse, as Srila Prabhupada says will happen to people who envy their guru. Should a "not so clean" mouse be in charge of such deities? Probably, NOPE!

Then, these deities were supposedly transferred to Hansadutta's (now ex) wife's carport near Ukiah. Then, she apparently moved and has them stored, well who knows where at present? The last report we had on the whereabouts of the missing Krishna is that Gadhadhara das and Nakula das helped move the hijacked deities from living under the carport in Ukiah to Hansadutta's ex's new place, supposedly in Clear Lake California. The deity's kidnapper still has accomplices? Or what?

And Hansadutta has allegedly said we devotees can have these deities back, ok when we give him a million dollars. He owns Krishna?

Now some devotees have asked me to comment on this AGAIN, since the Purujit / BLISS / Makahanchora program has recently openly declared that they are now operating under the authority of the deity kidnapping Hansadutta. Various devotees have also asked me why would Purujit take all sorts of time to hang out with Hansadutta, make videos with Hansadutta, and meanwhile totally avoid associating with the PADA editor when he visited Berkeley. This was done despite Purujit's party knowing of Hansadutta's many troubles?, Including -- that Hansadutta is a deity kidnapper, because we reported on all that a number of times ages ago?

Then again there was a recent incident where Hansadutta stole an item from the local temple and he had to be banned for some time, because he apparently still thinks what belongs to Krishna belongs to him? This would indicate he still has not even learned, he is not the proprietor? Then we have these folks:
"I just want to say that it is not productive in the above link by Puranjana Das to keep on castigating Hansadutta Das, by such name calling for past mistakes, over and over and over again. Hansadutta Prabhu has already made his apologies known (with regards the bogus guru saga) and has tried to save the situation with regards to Srila Prabhupada’s original books. We should ‘forgive but not forget’.

PADA: OK so how are we NOT going to "forget" issues -- if we erase the history of what happened? If people do not even know what happened, they won't be able to forget, because they will not even know there are stolen deities in existence etc.? This guy wants us to re-write history, or even erase it. That is what Hansadutta likes to do? And notice, he is in favor of the Krishna kidnapping programs? And he is going to advise us?

At the same time, this same complaint person said we should not work with the Bangalore folks. Yet, they are the best bet we have for taking PROPER care of these deities, assuming we can convince the kidnappers to return them? The Bangalore local program running in Sunnyvale is where these deities should possibly go? They have first class pooja going on, or maybe to their new farm in Milpitas? Or something? They are also branching out into New Jersey and Boston and other places, at least they have some programs with potential to support these deities. This guy says we should not get the deity fixed into proper worship in their situation, ok does he have a better program here, there or anywhere? None that we know of?

At least bring them here and put them in storage locally where we can try to find a proper situation for them. Kidnapping the deity and hiding Him is simply proof these people have no clue who is Krishna nor how to treat Him.

Why is it that we should simply put Krishna in a shed, or under a carport, or who knows what? Why shouldn't these deities be kept in a nice temple environment where people can see them and care for them? As for Purujit, yes good question, why is he always in league with these guys and he avoids us? That is a good question. And some have answered, birds of a feather are attracted together.

Purujit even says we should not call ourselves "Prabhupadanugas," hmmm, same thing Hansadutta says? Hansadutta likes to do illegal things, Purujit likes to print without a license, yep there is a pattern here. Yes, we are not going to be the "Prabhupada-anugas," we are going to be the "Hansadutta-anugas."  Here is a guy who likes to read about Hitler, and who started the Hitler-anugas deviation as well as many other deviations. We should call ourselves followers of the leader of this odious process?

Anyway, the devotees who had these deities stolen from them were crying to see them put into such wretched situations. And if we have even a teeny pinhead sized dot of attachment to Krishna, we'd be crying too at this mess ourselves. This has been a trend for the GBC all along, remove the devotees, dwindle or close the temples, and put Krishna into a ghetto situation. Very sinful in our opinion.

Anyway, then there are people who say, oh PADA is a liar, none of this ever happened! You are simply making up stuff about Hansadutta and his pals. Really? Why is this argument always the first rattle out of the box for some folks? Anyway, here (see photos below) is the situation that was going on when they were in the shed. I do not know what the current situation is, but its nothing like where they really belong.

And if any of these people had any idea who is Krishna they would never be in cahoots with, and in the party of, folks that steal Krishna's deity and makes His devotees cry. Anyone connected to this process will have a bumpy ride in their future lives, guaranteed. As Sulochana used to say, go ahead and rob a bank, or steal from your job, or steal your neighbor's wife away from him with a secret love affair, but never, never, never, ever, and I do mean NOT EVER, steal from Krishna. You will live to regret that, big time! 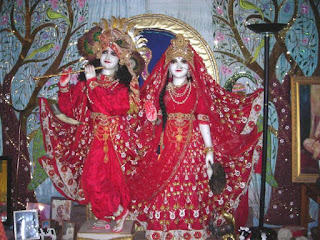 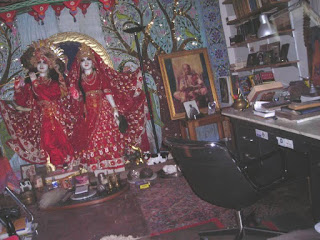 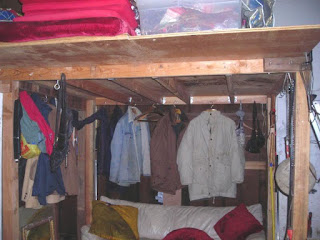 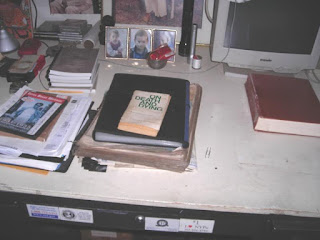 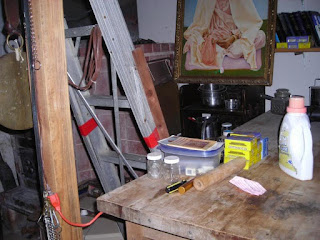 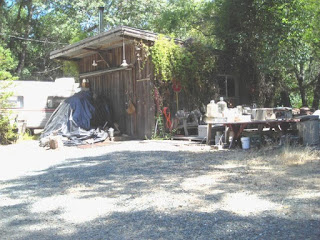 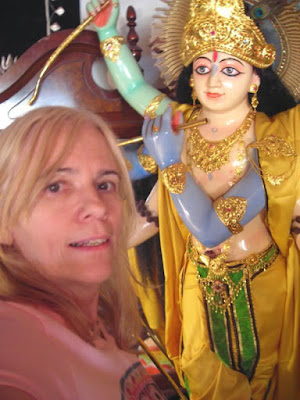 WHERE IS KRISHNA! Good question!