"Do Not Close Temples Whimsically" (SPL to Hansadutta) 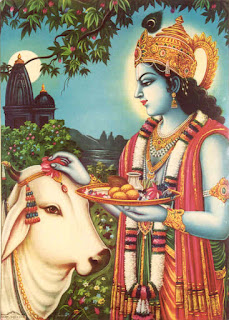 [PADA: Srila Prabhupada warns the GBC and specifically Hansadutta about closing temples and removing the deities. "It is anxiety for me." "Whimsical." "Spoils everything." "You cannot say, Krishna go away." "Deity is not a dead stone." "It is a great offense." (And so on).

Its amazing that some folks are trying to justify this temple closing and deity removal process even today. Its also amazing that the people Srila Prabhupada specifically warns about these and other various deviations continued to do them anyway. More amazing is that some people are attacking PADA for pointing these things out, or actually -- they are attacking Srila Prabhupada, he is the one who pointed this out and we are simply repeating. ys pd]


"I am not in favor of closing even a small temple.."

If you close the temple, what is the management? Sri Caitanya Mahaprabhu pushed the Sankirtana movement, but He never said to close the Jagannatha temple or the Govindaji temple. In Edinburgh we had a nice house, why you have closed it? Why you have whimsically done this? If possible the Edinburgh temple must be re-opened. Don't do anything whimsically without consulting me.

I made the GBC to give me relief, but if you do like this, then where is the relief.
It is anxiety for me.

This is the difficulty, that as soon as one gets power, he becomes whimsical and spoils everything. What can I do? If anything has to be changed, that can be decided at the annual GBC meeting, but not whimsically.

I am not in favor of closing even a small temple. It is not a plaything to close a temple or to start a temple. When we open a temple we are inviting Krsna. So you can't say to Krsna, go away. You have no feeling what are the ideals of a temple.

You should always consider that we have invited Lord Caitanya, Lord Jagannatha, and Radha Krsna, and if we close it, it is an insult. How can we call Them, and then say get out. We should always feel when we open a temple that the Deity is living and not dead stone or wood. It is a great offense. Before opening a temple it must be considered a hundred times, and after opening it cannot be closed. It must be maintained.

arcye visnau siladhir gurusu
nara matir Vaisnave jati buddhih
"One who considers the arca murti or worshipable Deity of Lord Visnu to be stone, the spiritual master to be an ordinary human being, and a Vaisnava to belong to a particular caste or creed, is possessed of hellish intelligence.''
If the Edinburgh house is still available, it must be re-opened."

"Regarding the closing of the temples, no temple can be closed for any reason. You have done a great mistake. I am sending you a copy of a letter I have written in this connection. We have to consider very carefully before opening a center, and once opened it cannot be closed. It is disastrous. What you have done is not at all allowed. I am very disappointed that you have done this. Even you did not consult me. Why?
Now you want to purchase a farm, but can you manage? Why are you closing all the temples and then opening a farm? do you have sufficient men to maintain a farm? Why are you purchasing a farm?"

PADA: Of course many other warnings were not taken seriously either ...

"The man in the renounced order of life has no wife and may be driven by sex desire to seek another woman or another’s wife and thus go to hell. In other words, the so-called man of the renounced order, who has left his house and wife, goes to hell if he again desires sexual pleasure, knowingly or unknowingly. In that way the householders are on the side of safety. Therefore husbands as a class cannot repay their debt to women either in this life or in the next. Even if they engage themselves in repaying the women throughout their whole lives, it is still not possible. Not all husbands are as able to appreciate the good qualities of their wives, but even though one is able to appreciate these qualities, it is still not possible to repay the debt to the wife.