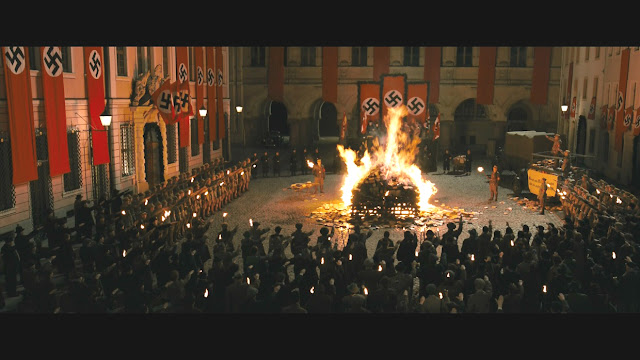 
[PADA: With all due respect for folks like Jitarati prabhu and others, I am not sure why you guys just do not go into court in India, and / or the media in India etc. and just say what the GBC says, that the GBC is claiming that Krishna's acharyas and pure representatives of the Vedas are often "engaged in illicit sex with men, women and children," and therefore, they have no claim to the rights to the Vedas, what to speak of re-writing the Vedas?

Why not take off your powder puff gloves and put on some big boxing gloves filled with horseshoes for a change? What is the hold up? ys pd]


Hearing and reading the Bhagavatam is unalloyed devotional service. There are two meanings of the word "Bhagavat" - one is the book Srimad-Bhagavatam and the other is the person Bhagavat who is the personification of Lord Krsna's mercy. By daily worshiping, studying and hearing the Srimad-Bhagavatam, one is actually elevated to become a bona fide devotee.

Bombay BBT filed a new copyright infringement lawsuit in India and had KBI’s associate Jitarati Prabhu’s beautiful Srimad Bhagwatam 5,000 boxed sets blocked from delivery to him at the printer’s warehouse. All the BBT trustees are involved in the law suit, untruthfully claiming that there is no legality to the printing. They are holding the already printed books hostage. Who knows for how long? BBT India has further applied to the court that the printed books should be destroyed.

BBT India is planning to have Srila Prabhupada’s original books completely banned from printing (in India and USA) by trying to revoke the licence given to KBI, claiming that the KBI given license has expired. BBT India wants to end the printing; distribution of unchanged, original books.

NOWHERE is it stated that the license will expire

Jayadvaita, Bhima (BBT), Nareshvara, Gopal Krishna, as well as the complete BBT India, have started a grand conspiracy (with lies, deceit and falsehood) against KBI for printing original books. Their aim is to destroy KBI (Krishna Books Inc) who had originally been given a license to print Srila Prabhupada’s pre 1978 original books.

These Iskcon troublemakers are demoniac to the core – changing and falsifying all of Srila Prabhupada’s books, while holding the original, unchanged books hostage by a court order, just to be destroyed. And now they are planning to have the license revoked that was legally given to KBI (Printing the original pre-1978 books). This could be the END of Srila Prabhupadas legacy, if they win the court case.

Subject: Re: Your dispute with BBT India - the way forward

Dear Basu Ghosh Prabhu, Please accept my obeisances. All glories to Srila Prahupada. I think we need to make one thing clear here, that is Srila Prabhupada formed a trust called The Bhaktivedant Book Trust. Srila Prabhupada assigned the rights to his writings in the same trust. So, it should be clear that our Spiritual Master wanted his books printed by the trust. Srila Prabhupada didn't want even his own temples printing his books what to speak of individuals. So, the trustees of the BBT have a duty to print the books and see that the rights are not infringed upon.

Call whatever name but we still have to perform as trustees because as trustees we are duty bound to Srila Prabhupada to print. Ys, Bhima das

Subject: excerpts from a letter

There was no unilateral action on my side. The books I printed are BBT books, printed under a license given by BBT to KBI. I have been a KBI associate for years now, helping KBI print and distribute more of Srila Prabhupada's original books. I have also offered my services to BBT India and invited them numerous times to participate in my work to Increase the distribution of Srila Prabhupada's books. Because they rejected my offers to help doesn't mean the original agreement of 1998 also disappears. Some common sense has to prevail here
if there is any hope for the future.

The famous letter from Srila Prabhupada that Bhima likes to quote to try and prove that I am acting unilaterally is a clear example of a misuse of common sense. The letter instructs temples to not print independently of BBT, so Bhima Prabhu says what to speak of individuals like me printing independently.

Well, first of all it is a bold faced lie that I am printing independently, as explained above. Secondly, Prabhupada was trying to keep BBT strong and fulfil its purpose to support the beneficiary of BBT, namely ISKCON.

In 1990, ISKCON LA and BBTI started to try and extinguish both BBT of California and BBT India. That document is in the court documents from the 1998 case and so the situation of wiping out the two Prabhupada created BBTs was thwarted and the mood of cooperation was reborn.

Why are they trying to wipe that out again, you should be asking?

Thirdly, I am supporting the Bhaktivedanta Archives with monthly donations and I am committed to increasing that amount to build a proper Prabhupada museum and Archives so strongly desired by Ekanatha Prabhu and needed for all future generations of devotees and the public. The funds were to come from profits from the sales of these Bhagavatam sets but that has been held up by Bhima Prabhu.

Below is a letter from a temple president of an ISKCON temple in USA, just after being informed about this case. His name is withheld by me due to repressive atmosphere in present day ISKCON.

"Dear Rathayatra prabhu, I read your complete mail... this is so much the nature of this world. Now the very persons who were saved by these original books, are the ones with money and lawyers fighting to keep others from these books...this is astonishing.. I wish I had a load of money to help, but we are in a similar battle of truth vs. changed truth... the simplicity of what is Krishna consciousness, vs. the newly formed issue of today.. what a mess.

My heart is out to you... from the valley of loving kirtan we can and will dedicate our evening kirtans for you ... that's 2 hrs per night...on and on till this breaks"

Subject: Re: Your dispute with BBT India

Thank you Prabhu for getting involved. I really appreciate it and recognise your sincerity.

I have always been open to real negotiation to alleviate the fear of BBT India that KBI books are ending up in their market. I tried my best to do that but was last told that I should just stop printing and let them do everything. That is not negotiation, but dictating, and worse, trying to take my life and soul service away from me. Devotees don't do that. Certainly Prabhupada never taught that way of dealing.

Worse than that is holding a court order over me and saying they want to negotiate. Worse than that they are holding Prabhupada and Krishna prisoners in Their own books. Holding them hostage for ransom and dictated terms of a so called negotiated settlement.

It's ironic that this set of Bhagavatams was meant to specifically develop a completely different marketing strategy where I would not need any devotees or temples to get them distributed. It is a well thought out plan to distribute millions of Bhagavatams. I offered to do it as BBT books and we could increase the numbers even more if they sold to ISKCON. They were not interested. Why? My set is "The complete Works of His Divine Grace A. C. Bhaktivedanta Swami Prabhupada On The Srimad Bhagavatam".

Their set includes the translations of unauthorised and unqualified conditioned souls. What else but pure unadulterated envy of Srila Prabhupada would make them attack these living books and myself and 25 other devotees who laboured hard for 5 years to produce these books as an offering of love and devotion to Srila Prabhupada. How will I be able to negotiate with such hard hearted people.

They knew very well that it was a work in progress for years now and that I had all legal rights to print with KBI under their license. They had to lie and cheat their way into the court and they will continue to lie and cheat and manipulate the court system without a shred of truth or decency in their actions.

I am very well aware of what I am up against but I am also praying to Krishna daily that these people will come to their senses and stop this dastardly act.
In the meantime I am using every bit of intelligence and resources that Krishna kindly provides, and will not stop until the whole world knows of their despicable motives and offensive actions.

Even though I had sent them all the information on how the 1998 court case in
California ended in a peaceful resolution and mood of cooperation to work together to distribute Prabhupada's mercy in the form of his books, and actually saved both the BBT USA and the Indian BBT.

The copyrights of the books were saved to the BBT USA by mutual agreement amongst the devotees and signed off on by a probate court judge. What they fail to understand is that if they break the agreement and mood of cooperation, they are signing their own demise.

Subject: Your dispute with BBT India - the way forward

I really appreciate your heartfelt letter and if we could come to the platform you are talking about, we could easily solve this. Unfortunately, Bhima's letter is not in the same category and leaves no room for negotiation. He believes he is doing his duty and I appreciate that. However believing and actually doing ones duty are two different things.

They are fighting for this concoction, not for Srila Prabhupada. They even lie in their 39 year late copyright registration in India that the later chapters of the 10th canto and all the 11th and 12th cantos are authored by Srila Prbhupada. So I appreciate that they wish it were true. But it is not. So who represents Srila Prabhupada and his pure BBT. At least I have tried, with only the complete works of His Divine Grace on the Bhagavatam.

In Bhima Prabhu's letter here he claims I am an individual, insinuating that I have no authority. Again it is a lie and he knows it. He just hates KBI because they represent only Prabhupada's original books, but he just wants to do any damn thing with Prabhupada's BBT and we have no rights to say or do anything about it. How do you negotiate from there?

My humble suggestion is to not repeat the mistakes of history and go back to the agreement of 1998 below:

If they don't want to make that the basis for negotiation and withdraw their court action, then I am duty bound to protect Srila Prabhupada's legacy, no matter what the cost.