Hanuman -- sleeping on the couch? 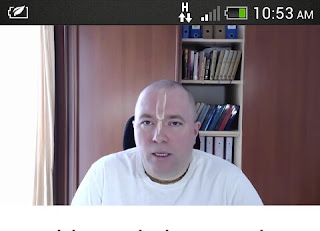 [Dear PADA: Hanuman das is married to a disciple of Bhakti Vikas swami, why he defends his wife's guru. He says people can go to a bona fide ISKCON gurus like Bhakti Vikas swami, because he has to say that to keep wife happy. Compromised. If he opposes his wife, he will be sleeping on the couch. He is another GBC compromising and we all know how the GBC gurus controls their people, they have to agree or they end up sleeping on the couch, the wife kicks them out. He might fool some people, but he is not fooling all of us. I read your blogs all the time, very funny, at times very sad. The poison tape is really horrible, but they were plotting all this along before Prabhupada departed, they wanted his seat and Bhakti Vikas swami is one of their people. They want the seat of guru and Hanuman is with that program so he does not end up asleep on the couch by himself. Eternal servant, DD Dasi.]

[PADA: Yep, I noticed Hanuman's writings on the BVKS site, and BVKS writings on his site, they are working together. ys pd]

I was following the interactions between Sanaka Rsi and Bhakti Vikasa Swami on the difficult yet important documentary on child abuse in ISKCON, named "Cost Of Silence" with great interest.

I especially have regard for Maharaj and the way he dealt with contentious issues in the past, namely Radhanath Swami and his newfangled preaching strategies and Dhanurdara Swami`s critique of the book Women: Masters or Mothers.

In the above mentioned instances, Bhakti Vikasa Swami questioned the validity of the other side, their opinions and actions due to lack of any shastric pramana for establishing their points. Rightfully so. Hence I was really surprised and disappointed that Bhakti Vikasa Swami did not follow his own standards when addressing Sanaka Rsi`s letter and documentary, namely backing up his own statements with any shastric pramana.

Bhakti Vikasa Swami in his lecture was defending questionable behavior/actions of two individuals, namely Bhakti Vidyapurna Swami and that of Indradyumna Swami, both of whom are in the renounced order of life, without establishing any Vedic pramana. Bhakti Vikasa Swami, please clarify your defense of:

1) Bhakti Vidyapurna Swami rubbing the semi-naked body of a young girl with paste; and

2) Bhakti Vidyapurna Swami spending time alone in the room for a whole night together with Sri Radhe mataji.

These instances (and others) were provided in the CPO investigation report on Sri Radhe mataji that lead to her removal and eventual closing down of Vidyapurna Swami's girls school in Mayapur.

These reports can be found here.

It is important to note that these instances are not from 35 years back, as per claims of Bhakti Vikasa Swami, but are rather quite recent ones.

These pictures appeared on Indradyumna`s Swami's personal Facebook page and his Travelingmonk website. After concerned devotees publicized these photos, Indradyumna Swami hastily removed them from his web accounts, yet as a sannyasi he is still practicing the above "methods of preaching" today.

Consequently, I would like to ask Bhakti Vikasa Swami to please provide the Vedic pramana for his defense of the above behaviors of somebody who is in the renounced order of life. And please do explain to us how these types of actions are bona fide parts of following sannyasa-dharma.

I think that it is only fair, since those are the requests from you to your critics and those that you question.

Please Maharaja, practice what you preach, otherwise you will be just another ISKCON leader who follows the idiom of DO AS I SAY AND NOT AS I DO. Full of double standards and someone who should not be taken seriously.
Posted by krishna1008 at 8:04 AM