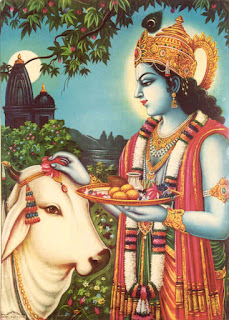 CHANT THE HOLY NAME OF KRISHNA.
KRISHNA WILL FOR SURE PROTECT YOU !

The material condition cannot be improved. The process of improvement means accepting another miserable condition. If we endeavor to improve our Kṛṣṇa consciousness, the distresses of material life will disappear without extraneous endeavor.

"O son of Kunti, declare it boldly that My devotee never perishes." (BG 9.31)

ONE WHO TAKES to the PATH of DEVOTIONAL SERVICE will NEVER be VANQUISHED, DESPITE ALL MISERIES of the BODY and MIND and despite all MISERY BROUGHT about by OTHER LIVING ENTITIES and PROVIDENCE, MISERIES WHICH are BEYOND OUR CONTROL.

Kṛṣṇa addresses Arjuna as Kaunteya, “son of Kunti”. Kunti was the aunt of Kṛṣṇa, and in Srimad Bhagavata Purana she offers Him some beautiful prayers about the protection that Krishna gives to His devotees.

O Hrishikesha, master of the senses, You have released Your mother Devaki, who was long imprisoned and distressed by the envious King Kamsa, and me and my children from a series of constant dangers.

You have protected us from poison, from a great fire, from cannibals, from the vicious assembly of the Kauravas, and when we were wandering here and there in exile, living in the forest. You have also protected us from many great generals and warriors during the battle, and now from the weapon of Asvatthama.

Let all dangers come, and we are even ready to face other difficulties, because in all these times we have been blessed by Your personal presence, and thus we have been freed from the cycle of samsara and we will not have to get a new birth.

Queen Kunti offers the example of the long sufferings of Kṛṣṇa’s own mother, Devaki. Since the very day of her marriage, Devaki was subjected to endless harassment by her demoniac brother Kamsa, who kept her and her husband in jail and killed all her six children at birth. Devaki and Vasudeva had to wait for 16 years in intolerable sufferings before being released by Kṛṣṇa, and they were the mother and father of the Supreme Lord, Sri Krishna and Balarama. Who could be more worthy of Kṛṣṇa’s love and protection?

Even Queen Kunti, His aunt, her children the Pandavas and their wife Draupadi were constantly harassed for many years by their own relatives and had to face many difficulties. Protection by Kṛṣṇa does not mean that a devotee will never have problems, but rather that a devotee will never be destroyed. Whatever will happen to the devotee, it is according to the plan of the Lord for the ultimate benefit of all.

By always engaging in the service of the Lord, and surrendering to His plan, a devotee finds real happiness and peace of mind even the most difficult situations, and at the same time benefits all those who come in touch with him or her.

May the all merciful Lord bless us all and give us permanent liberation from all difficulties.
Posted by krishna1008 at 8:07 PM