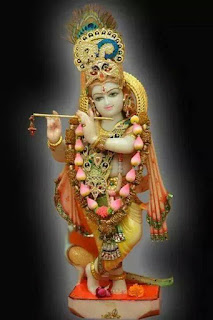 Wants pure representatives as His acharyas

Surya das says: If anyone reads Rocana’s unfortunate recollection of the sufferings he endured under the control of GBC gurus like Hansadutta and other conditioned souls acting beyond their level of spiritual purity, it’s hard not to feel though he clearly ‘knows the horror.’ Yet he’s also somewhat indifferent to it happening to others.

[PADA: Yes, its amazing that after seeing so many people suffering from accepting false acharyas, Rocana writes his "ISKCON Constitution" wherein he is STILL saying we need to continue his (and the GBC's) "2/3 show of hands guru voting" process -- which is creating all sorts of false acharyas, which in turn -- creates mass suffering, scandals, beatings, murders and so on.

Rocana also says he is going to devise a "constitutional" process to monitor, censure, fix and repair his acharyas -- after -- they deviate. This is what the GBC has said it would do all along, but which ends up creating suffering in itself because then Rocana has to inform the people he cheated with his false "voted in" gurus -- that the guru Rocana's voting system provided them with -- is a fraud. This simply causes SUFFERING for those who were cheated by Rocana's bogus guru voting program. Rocana is not ending the suffering, he wants more of his relative plane gurus to be voted in to create wave after wave of MORE and MORE suffering.

Why does Rocana want others to suffer from false acharyas -- the same way he is? Misery loves company? Bhakta das has the same program, he complains about the cheating gurus, then he promotes the cheating guru program? And then some fools promote Bhakta das as their hero spokesman.]
When a pretender acting as a guru is finally exposed it’s bad for everyone, (except the guru, who may retire somewhere warm, build a recording studio, buy a Harley, etc, etc). But what Rocan doesn’t touch on in his Constitution is the damage and confusion these cheats will also create everywhere they go for however many years they can keep up their act.

[PADA: Right, a big problem with the GBC / Sridhara Mahararaja / Tripurari swami / Rocana process is that they say that when their gurus deviate -- they will devise a system to correct them, but this rarely happens? Which of their gurus have they corrected? And how can we correct the messiah spokesman for God anyway?

This makes no sense, they advertise that their gurus are pure devotees, i.e. those who are speaking to God, then they say, their gurus will need to be corrected. Fine except -- pure devotees do not need correction by definition? And as we all know by now, the so-called correcting system -- does not work!]
The con-man’s lie seeps out in so many subtle ways, falling on the heads of disciples and any devotees unfortunate enough to be touched by the rajas and tamas they mistake for pure goodness. In their desperation to have a pure devotee guru, disciples may misread sexual agitation for ‘mercy.’ They may be afraid that "guru maharaja" will humiliate them in pubic or freeze them out of the society.

And if a guru installs disciples in positions of management within his zone entire yatras can be (mis)lead by the material desires within the gurus heart, and as a result devotees suffer as the so-called guru lusts after money, (think Hong Kong oil paintings) shows special favour to the women, (or men,.. or children) he’s attracted to, and attempts to drive away those he knows see through his thin veneer.

The list of damage could go on and on as there’s no end to what the conditioned soul can do given the facility to exploit others. (I suspect some readers of this article will have their own realized knowledge of the mess a conditioned soul masquerading as guru can inflict. Rocana Prabhu certainly does).

[PADA: Even their gurus are suffering from taking karma.]
So it’s not enough to simply write off the odd guru fall-down as ‘jolly bad luck old chap’, or collateral damage. Watch the video posted a little while back of Bhagavan and Dhristadyumna ruin that aspiring devotees chance to give her life to Prabhupada and it’s glaringly obvious that conditioned soul’s controlled by their senses and the modes of nature are unqualified to care for or properly guide others. I personally believe that any system that allows conditioned souls to hold the post of guru is not what Srila Prabhupada wanted.