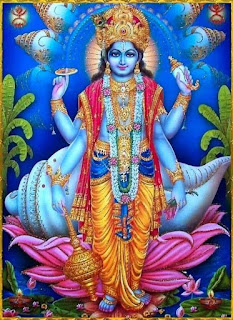 What is the most harmful association in the world?

- A dharmadhvaji is a person who has no actual devotion or renunciation in his heart but makes a show of it externally. He wears the clothes of a devotee to accomplish materialistic ends in a duplicitous manner. There is no worse association in the whole world than that of a dharmadhvaji. One should rather associate with sense enjoyers.

Being deceitful, the dharmadhvajis take on the appearance of devotees with a desire to cheat everyone, and to fulfill their crooked desires, they cheat the foolish by helping them in their rascaldom. Some of the dharmadhvajis become gurus and others become disciples, and by trickery, they accumulate wealth, women, false prestige, and material assets.

If one gives up the association of crooked hypocrites, one can honestly engage in devotional service. (Sajjana-toshani 10/11)

- Did Sri Bhaktivinoda Thakura support any imitator avatara of God?

- In different places, some people, mostly Mayavadis, were trying to become new Gaurangas. They created an illusion in people’s minds by performing hari-kirtana in disguise. One was (false) Gauranga, one Nityananda, and another Advaita, and thus they made a group and began to perform hari-kirtana. Their main purpose was to create illusion in the minds of ordinary people.

The surprising fact was that many people actually thought Sri Gauranga had manifested again because of the way the group displayed symptoms of ecstatic love during the kirtana. Many of the people were educated in English and were very expert in Western literature like Theosophy. Some of them came to us and said: “When Gauracandra has personally appeared, why are you, His associate, sitting quietly?” (Sajjana-toshani 8/1)

- What about those who who put on external signs of devotion?

- Hypocrites are those who do not accept that devotional service is eternal, but they always display external signs of devotional service. Their goal is to accomplish some remote purpose. (Caitanya-siksamrta 3/3)

Those who put on external signs of religion but do not follow the religious principles are imposters. There are two types of imposters: cheaters and fools, or cheaters and cheated. (Sajjana-toshani 10/11)

- Who are sinful and cheating on the pretext of being an Acarya?

- Pseudo ascetics and hypocrites give others mantras and pretend to be Acharyas, but they engage in various sinful activities. Detached Vaishnavas must develop extremely pure characteristics. (Sajjana-toshani 5/10)

- What are the characteristics of cheaters who imitate successful devotees?

- Some cheaters dress themselves as successful yogis and thus cheat the world. They search after sensual happiness and try to increase their own glories by living their lives as yogis. Because chanting the Holy Names of Hari is the constitutional duty of the devotees of Krsna, the cheaters artificially preach the principles of kirtana, and they act whimsically in regard to the fruitive and religious activities of real yogis.

They engage in various material enjoyments and create illusion in the minds of ordinary people, but these material activities cause their own downfall. They artificially cry and fall unconscious during kirtana, and they become more materialistic than ordinary people. They become proud of being devotees, on account of accepting the dress of a Vaishnava and the signs of the renounced order of life.

They can therefore never approach the pure Vaishnavas, and they take shelter of and associate with worldly abominable people. Even though they are averse to glorifying the qualities of Krsna, they sometimes manifest artificial symptoms of ecstatic love, such as shivering while dancing in the kirtana. Day by day, these activities become the object of their enjoyment. (Bhajanamrtam).

- Are the Khadajathiyas or the followers of the Synthesis philosophy, pure devotees?

- As soon as these people see the devotees, tears flow down from their eyes and hairs of their body stand on end. Sometimes, when they discuss the topics of the Lord, they fall unconscious. In a religious assembly, they support religious sentiments. Sometimes, they become fully absorbed in material enjoyment and act like madmen. They are not only committing aparadhas at the feet of Bhakti-devi by teaching such behavior to other people, but they are also ruining their own lives. (Sajjana-toshani 8/10)

"Gradually, when the offensive portions of the established religions are destroyed, there will be no more differences in the bhajana performed by the various Sampradayas nor any quarrel between them. Then as brothers, the people of all castes and countries will spontaneously chant the Holy Names of the Supreme Lord together. At that time, no one will hate anyone or consider others dogeaters; nor will anyone be overwhelmed by the pride of high birth. The living entities will not forget the principle of natural brotherhood."
Posted by krishna1008 at 7:36 AM