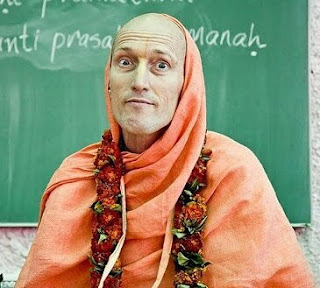 
Mahesh Raja says: “1)The Madhyama and Kanistha CAN accept disciples. BUT it is NOT recommended.” An example of this is given in EJTOP:

13. He must not create unlimited disciples. This means that a candidate who has successfully reached up to the 12th stage can also become spiritual master himself just a student becomes the monitor in the class with limited number of disciples. (EJTOP original Indian ed.)

Classroom monitor was a stop-gap system used in British and Indian schools to maintain classroom functions in the absence of the teacher. The monitor was a responsible pupil respected both by the teacher and fellow pupils who would be capable of helping students with some difficulties they may have in the teachers absence. It’s obviously not recommended on a permanent basis due to the lack of qualification & experience of the monitor student.

[PADA: A classroom monitor might take the post of the professor for some limited purposes, but he does not get the same seat, salary and position of respect as the professor? He is still a student who is teaching to his capacity. This is similar to the ritvik idea, the ritvik is a representative, and is not the actual parampara acharya, he is an agent acting on behalf of the acharya. Of course it has been the GBC's gurus who are the people who need monitoring because they often cannot even stick to the basic principles, so they are not even ready to be monitors.]

Ironically Rocana’s ally Bhakti Vikas Swami supported this position in a letter to VVR in 1990:

BVKS: “Monitor guru” seems to be the most suitable position for me — an older student guiding a younger one, who may well surpass the monitor as he grows older but will always remain faithful and respectful to him; the teacher of both is the same. ‘Nikunja-yuno’ etc. in relation to me? Not even a joke; it’s ridiculous. Do I have to pretend to have attained manjari-hood? What are those initiated by our Godbrothers supposed to think when they sing ‘nikunja-yuno and ‘romanca kampa’, etc. when the guru can’t even get up for mangala-arati? These matters need careful looking into.”

“BVKS ridiculed the idea of himself becoming a GBC diksa guru. Instead he states that he is at best only a “monitor guru”, whose is simply an elder student guiding an younger one, with both of them having the same teacher, and the younger student may well surpass the monitor guru with time.

Rather the idea of being a guru like all the other GBC Diksa gurus, whose disciples sing “Nikunja-yuno and romanca kampa” to them every morning at Mangal Arati, was not “even a joke”, but “ridiculous”. Yet this is exactly the “ridiculous” position BVKS is now agreeing with, fully supporting the disciples singing these prayers to him and the other ISKCON GBC gurus every morning during Mangal Arati, as they claim to be not “monitor gurus” but successor diksa gurus to Srila Prabhupada in the parampara. So the only “matter” that needs “careful looking into” is why, by his own estimation, BVKS is such a contradictory hypocritical ridiculous joke!”

Sudarsana Das: To the blind men, the ”one eyed” man is king!

Surya das: George writes: “For example both Rocana dasa and I accept Srila Prabhupada's assurance that a lower and middle level devotee can initiate”.

Firstly Srila Prabhupada provides us with evidence from sadhu Rupa Goswami that we need to discriminate in our selection of guru, “In this verse Srila Rupa Gosvami advises the devotee to be intelligent enough to distinguish between the kanistha-adhikari, madhyama-adhikari and uttama-adhikari”.

Then he gives clear warning of the ‘uttama-imitation’ guru mentality we’ve seen too much of already in Iskcon. “The devotee should also know his own position and should not try to imitate a devotee situated on a higher platform”.

Prabhupada then points out the result of accepting someone less than qualified, stating that you CANNOT advance very well toward the ultimate goal of life under such a persons “insufficient guidance”. Hardly an ‘assurance’ (noun 1. a positive declaration intended to give confidence; a promise.)

By no stretch of the imagination can I extract from his purport that Srila Prabhupada is giving any assurance, blessing, instruction, guidance or otherwise that his Iskcon should become populated with ‘insufficient guides who cannot help disciples advance very well toward the ultimate goal of life’. That would be inconsistent with everything His Divine Grace stood for, and worked so hard to establish. Prabhupada’s rallying cry for us to take up spiritual life has always been, “Back home, back to Godhead”, (since 1944 in fact).

So why would HDG desire a system of impure guru’s who he already tells us will impede that progress? It makes no sense. Actually NOWHERE does Prabhupada push such a system,… this was all introduced after his physical departure by his students left to their own devices.

Finally in the very last line the loyal follower of Srila Prabhupada receives the founder Acarya’s clear, definitive instruction on what he expects of both guru and disciple, “Therefore a disciple should be careful to accept an uttama-adhikari as a spiritual master” -- Nectar of Instruction 5 pp.

Even though this ‘instruction’ is there in black and white as our reference for the next 10,000 years these low/mid guru proponents would have us believe Prabhupada wants Iskcon filled with kaniṣṭha and madhyama guru’s.

: to change the natural, normal, or original shape, appearance, or sound of (something) in a way that is usually not attractive or pleasing

: to change (something) so that it is no longer true or accurate

I have mentioned several negatives in a process, THEREFORE (for that reason) don’t do it. Now I give you the positive alternative, ‘accept an uttama-adhikari as a spiritual master.’ How clear did His Divine Grace have to make it! As confirmed by all the bona fide Vaisnava acaryas. So many bogus ‘munis’, so many bogus conclusions by the duratmas! So for the big cheaters, there is always an enthusiastic audience of cheated to exploit!

Mahesh Raja: Sudarsana Das Vanacari : To the blind men, the ”one eyed” man is king! More EXACT is -- blind leading the blind. HOW is it that he APPEARED? The man is a CONDITIONED soul:

It says, “His Holiness Bhakti Vikasa Swami appeared in this world in 1957 in England. He joined the International Society for Krishna Consciousness (ISKCON) in London in 1975 and was initiated in that year with the name Ilapati dasa…”

72-12-14. Letter: Tusta Krsna -- As for your next question, can only a few pure devotees deliver others, anyone, if he is a pure devotee he can deliver others, he can become spiritual master. But unless he on that platform he should not attempt it. THEN BOTH OF THEM WILL TO GO TO HELL, LIKE BLIND MEN LEADING THE BLIND.

SB 6.7.14 Indra Offends His Spiritual Master, Brhaspati.
A stone boat would be unable to float and would sink in the water with its passengers. SIMILARLY, THOSE WHO MISLEAD PEOPLE GO TO HELL, AND THEIR FOLLOWERS GO WITH THEM.

Note: Srila Prabhupada used to add title “Swami” to the sannyasi’s former names. These people in ISKCON they CHANGE their former names like above from Illapati to Bhakti Vikasa:

SB 1.6.13 P Conversation Between Narada and Vyasadeva -- It is the duty of a mendicant (parivrajakacarya) to experience all varieties of God’s creation by traveling alone through all forests, hills, towns, villages, etc., to gain faith in God and strength of mind as well as to enlighten the inhabitants with the message of God.

A sannyasi is duty-bound to take all these risks without fear, and the most typical sannyasi of the present age is Lord Caitanya, who traveled in the same manner through the central Indian jungles, enlightening even the tigers, bears, snakes, deer, elephants and many other jungle animals. IN THIS AGE OF KALI, SANNYASA IS FORBIDDEN FOR ORDINARY MEN. ONE WHO CHANGES HIS DRESS TO MAKE PROPAGANDA IS A DIFFERENT MAN FROM THE ORIGINAL IDEAL SANNYASI.

One should, however, take the vow to stop social intercourse completely and devote life exclusively to the service of the Lord. The change of dress is only a formality. Lord Caitanya did not accept the name of a sannyasi, AND IN THIS AGE OF KALI THE SO-CALLED SANNYASIS SHOULD NOT CHANGE THEIR FORMER NAMES, FOLLOWING IN THE FOOTSTEPS OF LORD CAITANYA.

[PADA: Bhakti vikas swami has supported the GBC's position that acharyas are often debauchees, sexual predators and deviants, he clearly has no idea what is an acharya. ys pd]
Posted by krishna1008 at 9:21 AM