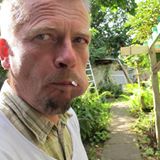 Torben Nielsen prabhu: Kailasa Candra prabhu is a great preacher and a bold brahmana. You do not know what you are talking about. And you are spreading misconceptions. 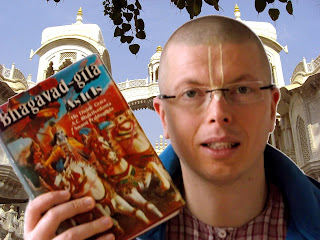 Torben and Ajit Krishna (Denmark) are saying the way forward now is to follow in the footsteps of their new spiritual authority, Kailash Chandra das. This is the same person who first of all told us in the early 1980s that according to his "jyotish astrology," California is going to fall into the Ocean in two weeks, and we all need to move to Texas.

Kansas is going to be the new coastline! Fine except, Srila Prabhupada told us that California is not going to fall into the ocean? Why don't Ajit and Torben have faith in the words of the acharya? Apart from that, the Kailash / Ajit / Torben program has been proven wrong on all accounts since, California is still here! 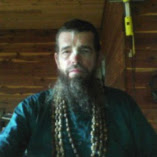 Why do Ajit and Torben support a person who is a speculative astrologer at best, and he is spreading fear mongering among the Vaishnava community trying to create an artificial panic? A few families who followed Kailash to the mid-West went broke and had to come back to California. They were almost made homeless due to financial losses, he exploited them and made their families lives topsy turvy. OK, he apparently took their money and ran.

They basically went bankrupt. Why are Torben and Ajit still promoting these GBC style exploiters of the Vaishnavas? Why don't they know that the VEDAS say a bogus astrologer is destined to go to a bad future because -- he causes disturbances -- just like their bogus jyotish mentor Kailash is doing all the time! If Kailash could predict the future, he already could have made millions by predicting the stock market. He is a giant bluffer.

Anyway, this is not what Srila Prabhupada wanted, that some bogus jyotish's would be telling the Vaishnavas they all have to give up their living situations and immediately move away to the mid-West since -- the entire continent is sinking? Why do Torben and Ajit think this is the right person for all of us to follow? Harikesha was another nut job person who was always giving similar bogus predictions, and we are told he lost tons of money buying gold when the price went down. Why are some sectors of people always attracted to these bogus seers of the future, especially when these "predictions" usually end up going so far off the mark?

Kailash says "we need to go back to living in ISKCON's basics." Fine. Then he says, we need to totally dismantle the basics, and stop initiating people -- so there will be no more cooks or poojaris? That means -- he has no plan to conduct even the ABC basics? Then he says, we need to stop making temples, preaching programs and devotees, and instead move to the desert for who knows how long, while waiting for the giant Tsunami he falsely predicted -- to take out the West Coast. Why? California's sinking into the ocean is something he maybe once saw in a disaster movie, and this is his source of absolute truth? Even children know, movie material is not real life material.

Worse! Why should we all live in fear in the desert's Moab Utah waiting for California to sink into the ocean -- at all? What kind of life is this anyway, being fearful of death for decades? This is bodily identification, we need to move away from the entire West coast -- due to fear of death? Where does Srila Prabhupada discuss that we need to hide in the desert for decades in fear for our bodies? Ok, that means these people forgot the basics, we are not these bodies ...

When the Berkeley / Mt. Kailash farm was sold off, Kailash drove off in a big truck with a huge cow trailer behind, taking with him half the farm sale's money and half of the cows. He said he would drive his half of the cows to TEXAS. Ok he apparently NOW lives in an apartment in Moab Utah, thus begging the question, where are all our Berkeley farm cows now? 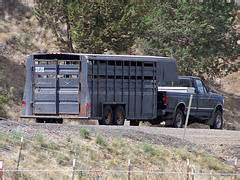 Last known sighting of our Mt. Kailash Cows was in similar trailer, with Kailash at the wheel of the truck. Cows were never to be seen again!

Most people assume that Kailash ditched the cows and he used the COW's money for himself, or worse, that the cows are not even living anymore. Is there any photographic evidence of these cows living at the present time? I can show the photo of his alleged current cows to the guys who took the other half of the cows, and ask them if these are the same ones? We have asked for proof of Kailash's alleged cow program for years, and heard nothing but crickets in response.

We have seen no photos or any other evidence of any cow protection program that is currently being run and managed by Kailash, or has been run by him for the past decade or more? What many devotees here in Berkeley say, he is a cattle rustler / cow kidnapper. Why are Ajit and Torben promoting the person known locally as cattle rustler pada? Why won't Ajit and Torben explain where their shiksha guru stuck our temple's cows? Are they saying these cows just disappeared, and the money to maintain these cows also just disappeared? Or is it not more likely that their hero sold the cows commercially in Texas, if they even made it that far, which seems the most likely explanation?

Kailash also lives EXCLUSIVELY among and with the Christian ritviks in Moab, and he is part of their society EXCLUSIVELY. He does not EVER associate with ours or other's Vaishnava communities, at least we never hear about that, but instead he associates exclusively with the local Christian ritviks, full time all the time. There are no Vaishnavas or temples in Moab, its a Bible belt Christian town. OK its where the big wheel jeep rock driving contest takes place.

He has no public preaching programs, no book printing, no book distribution, no harinama, no program to make new devotees etc. We, on the other hand, have at least some temples and many nice new young couples with little kids coming to our Sunnyvale program. In sum, there is at least some life to our program. The good news is that Kailash now looks exactly like a good Christian Moab mountain man, he fits right in there! Moab is a Biblical name?

Kailash says that the GBC are wrong, the ritviks are wrong, and so therefore -- we should all just start moving into the desert, give up all Vaishnava associations, and surrender to living in the Christian ritviks program. Why do Ajit and Torben want everyone to follow Kailash, and move to the Bible belt and forget any sort of Vaishnava association, and stop all of our current programs?

Kailash also says we no longer need initiations because we should not give any, but Srila Prabhupada says only initiated people can cook and do deity worship. Why does Kailash want all the cooking and deity worship to stop? Oh, I almost forgot, he wants us to move to the Bible belt and forget about all these programs established by the acharya!

Rocana is basically the same way, he does not have any public preaching programs, he avoids our programs, and he is against having new people getting initiated to do the deity pooja. Whereas, we have a nice and growing program in Vancouver, but Rocana avoids our program, and he just sits at home writing about how awful our program is, while he is not making a better one himself.

Anyway, sorry, we are not going to run away to Moab to live with cattle rustler pada, waiting for the ocean to swallow California! Sorry. Hee hee. The good news is that Kailash's program is just as living dead as he is, no one is going to jump in their car to move to Moab and sit in the middle of a desert dust storm, its just not attracting anyone, ok except Torben and Ajit. Kailash's program also rustled his one and only follower from  here, he stole one of the Berkeley devotees to be his funding servant. Anyway, we are just asking how this is the way forward? ys pd

I am asking you now why you are saying that? And if you don't support that, why did you say your did? The diksha guru is the person who absorbs the sins, so you are saying kanisthas can -- be like Jesus? What is the difference between you and the GBC? Rocana is still saying the same thing, the diksha guru shall be voted in by 2/3 show of hands votes, and he will be removed if he deviates, that means he is still saying the diksha guru is a kanistha who often deviates. Why don't you folks know the parampara guru is a person who does not deviate? ys pd