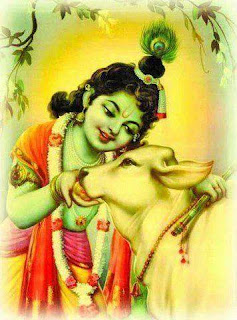 PADA: The first problem seems to be a two tier health care system. The self-apparent elite status managers appear to be able to go to places like Cedar Sinai hospital for heart surgery. Meanwhile another leader is currently getting "the best doctors in India" for his health. Another leader was "getting the best pills money can buy" for his headaches, and so on. Meanwhile I know of a devotee who was dying in India under a tree, fortunately he was taken in by a sympathetic lady to a hospice, where he died a few days later. Otherwise he would have just died under that tree.

I also know more than a few devotees who died alone in their house or apartment, or alone in a hospital, and so on. For example, I went and chanted to a lady who was dying of cancer, while none of the elite leaders even knew (or cared?) she was there. Of course everyone gets to know when the elite are in hospital -- where they have an extensive and expensive cadre of servants, with all sorts of computers, cell phones, medicines, therapy technicians, and etc.

Its always been a question of resource allocation? And its seems merely an elite few get almost all of the resources, while the subordinate citizens / peons get none or next to none. People keep sending me "fund me" collections to post on my blog for sick and dying devotees, why do these sick and dying always have to beg for a few thousand dollars for a surgery etc. while an elite few get all the resources of the society when they are ill? This is also what happens in North Korea in case no one has noticed. ys pd

KD: Even if there are facilities in Vrindavan, Mayapur for the elders, where are the funds to get devotees there from faraway places? I was recently (on an another post) blasted by a God sister for mentioning the fact that many senior devotees are struggling and often alone, and there should be some service to help us. She came back at me saying," why do you think everyone owes you something?!"

She then called me all sorts of things like angry, bitter, resentful etc. All I am asking is to be able to spend my last years in service and not having to worry about making a living at low paying jobs, spending all my days in the association of non-Devotee's just trying to survive to keep paying increasing rent for a home and eat half way decently as I've have been doing for the last 25 years or more. Isn't it enough that so many of us gave up the best years of our youth to serve Srila Prabhupada and now that we are aged we are given at least some sort of attention and care.

JD: Wouldn't it be ironic if the same people you spent over 40 years labeling as "karmis" ended up being the ones to care for you at the end stage of life?

RD: After reading this post today, and a 2 hour conversation I had with an elder God-sister who is suffering in depression and isolation, I am more convinced than ever that this is one of the primary needs of the movement today.

RS: P das is 60 and his mom 93, they both have tremendous health challenges, are poor, are getting no help.

PADA: A lot of the "senior" devotees who are getting elderly now, for the most part, have not got much money to contribute to a fund to help others, since most of them are basically trying to fund -- themselves. Thus, they are busy trying to stay afloat on their own. Many of these devotees are still working at some low level paying job despite being somewhat older, often with a great degree of difficulty. Therefore, while a lot of them sympathize with the issue -- they are not very well situated to contribute much help.

Thus, its not so much "lethargy and inaction" which is the problem -- as is the other problem -- that most of these senior devotees are ALREADY struggling to make it -- and they have not got much extra resources. For example, I have a friend in Alachua who says a big looming crisis there is: many of the devotees living there were not working at all for 5 -- 10 -- maybe 20 years, and in a few cases even longer. Instead, they were often "doing voluntary service for the temple" -- so they did not pay hardly at all into Social Security.

Thus, when some of them recently went into the Social Security office to see what their monthly check amount was going to be, they were shocked to find out they were only eligible for sometimes a little more than a hundred dollars a month, maybe a few hundred. And that is their "retirement" payment. And they have to pay $100 from that check if they want Medicare, which means some of them will be living on next to nothing, or else have no medical insurance.

That basically means, when they can no longer work, they will not have enough to live on. So I do not think that many of the aspects of this crisis have yet been thought out, much less discussed threadbare. I am however very appreciative that more folks are bringing this issue up, this is a well needed start. To be honest, this issue should have been discussed a long time ago, of course late is better than never. ys pd