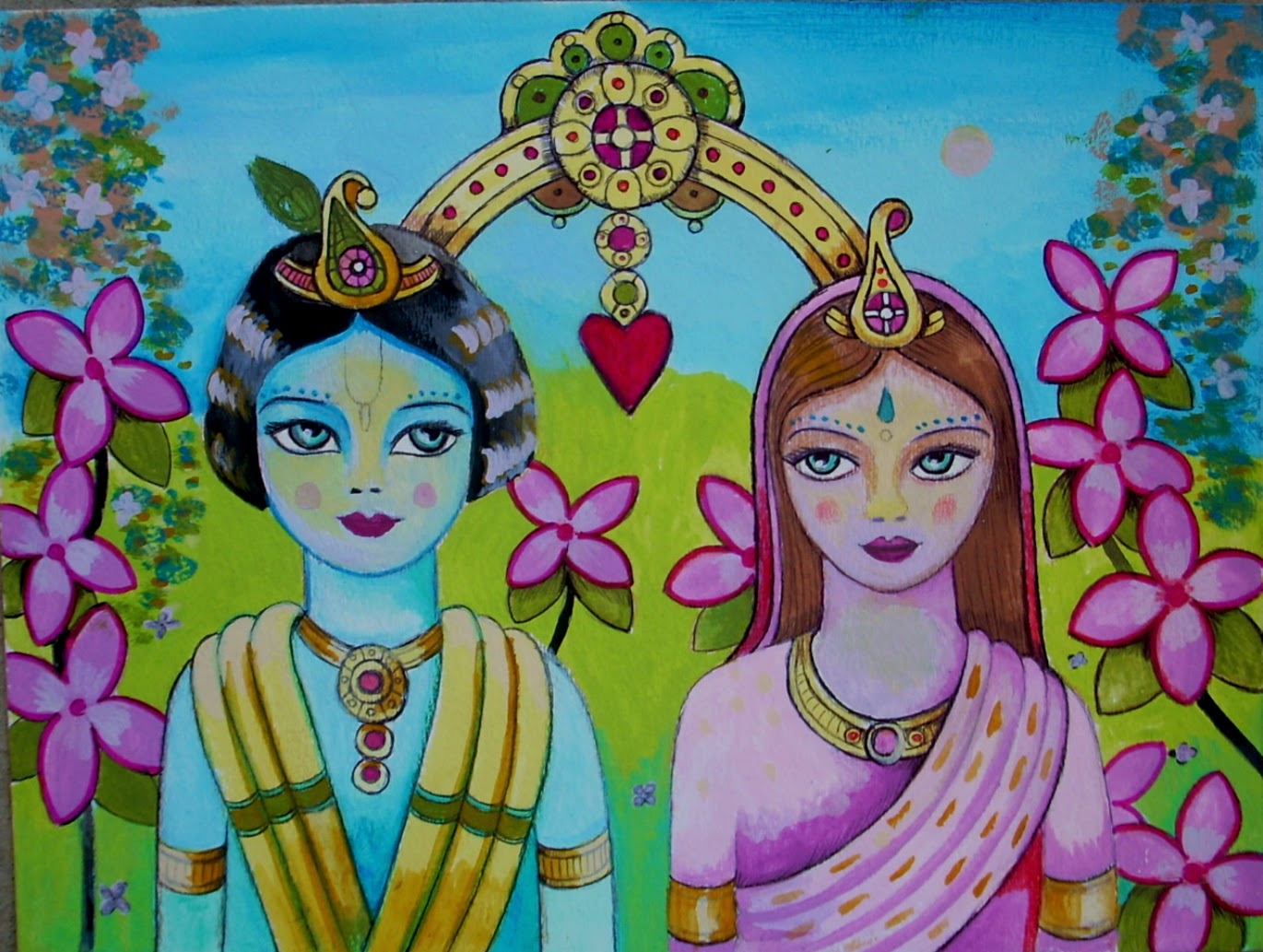 LW: “At this present time the ”Back to Bhakti” website has shut down with the message that reads….”ALL POSTS SUSPENDED UNTIL HARMONY IS RESTORED” Don’t they know that HDG Srila AC Bhaktivedantata Swami Prabhupada is the ONLY successor of HDG Srila Bhaktisiddhanta Saraswati Thakur Prabhupada?”

No, I’m afraid they don’t think this way at all, Prabhu. I know an old friend from my home town who took up Krsna consciousness about 30 years ago. Recently he went to a Narayana Swami meeting and became a convert. Since then he has been going on and on about how everyone must go through Narayana Swami -- even Prabhupada disciples.

He now “preaches” that Srila Prabhupada came to introduce the ABC’s of spiritual life to the meat-eaters, but Narayana Swami has come to teach the “higher” rasas. He also believes that N. Swami is the successor to Prabhupada, i.e. the next in line in the parampara.

According to my old friend, N. Swami said that once he accepts you as a disciple, he “kicks out Supersoul” and resides in the disciple’s heart. (This is his favorite quote from N. Swami.) Now my friend only likes to speak about Radha and the gopis and finding our “siddha-deha,” “siddha-pranali,” etc. However, Srila Prabhupada has clearly condemned this mentality:

Prabhupada: In this sahajiya party, then preaching will be finished. Siddha-pranali. Then everything will be finished. Preaching will be finished.
Tamala Krsna: What does that mean, Srila Prabhupada, siddha-pranali?
Prabhupada: Siddha-pranali is nonsense. They have manufactured a siddha-pranali.
Ramesvara: [break] …the initiation that you are given your siddhas, your eternal position.
Prabhupada: They have learned it from these Radha-kunda babajis.
Tamala Krsna: From Radha-kunda babajis?
Prabhupada: Babajis, yes. After all, they’re fool, rascals, so whatever they say. Let them say all nonsense. They are disqualified. Sahajiya babajis, that’s all….
Hari-sauri: I always understood before that the rasa was fixed, but that within that rasa one may take different…, one may take a different line.
Prabhupada: That will be revealed when you are liberated. Why you are bothering now? A patient is thinking, “How shall I dance when I become healthy?” First of all, rascal, become healthy, then talk of all this. The rascals are thinking like that. You are patient; first of all cure your disease, material disease. Then talk of all this. Utopian….

Funny thing too is that my old friend has gone back to smoking ganja yet he is now talking about Radharani and the gopis and how Srila Prabhupada’s teaching are only for neophytes. Satsvarupa, Tamal Krsna, Giriraj, Sivarama and many other so-called ISKCON “swamis” and “leaders” were taking such “higher instruction” from N. Swami at one time.

While talking to this fellow, I once called his guru “Narayana Maharaj” and he got very angry with me saying that I must address his guru as “Srila” Narayana Maharaj, otherwise I’m committing a grave offense. There’s no reasoning with this fellow at all and so there’s no common ground for a friendship any more. So it’s no wonder to me that they can find no harmony within their organization since they openly denigrate Srila Prabhupada as if he is some kind of second-rate neophyte. Total madness!

[PADA: Right, this problem is in part our own doing. For example, we have all sorts of people fighting with PADA and / or among the so-called ritviks, and one of the results is -- that a sector of folks are drifting off into various other camps and programs like Mother Amma, Hinduism, Narayana Maharaja, the Gaudiya Matha, Christianity, anti-Vaishnavism and etc. The GBC in fact spawned its own competition, and some of the so-called Prabhupadanugas are doing a similar thing.

For example some "Prabhupadanugas" recently bragged to our associates that they "stopped two people from going to Bangalore." Right, and then these people went off to the Narayana Maharaja camp. So these so-called Prabhupadanugas are de facto -- recruiting for NM's program. Great job guys!

This simply begs the question, are these people doing this on purpose to hurt the Prabhupada program, not unlike how the GBC's program us hurting Prabhupada's program on purpose? In any case, we just have to soldier on and do the best we can with whatever we have. ys pd]