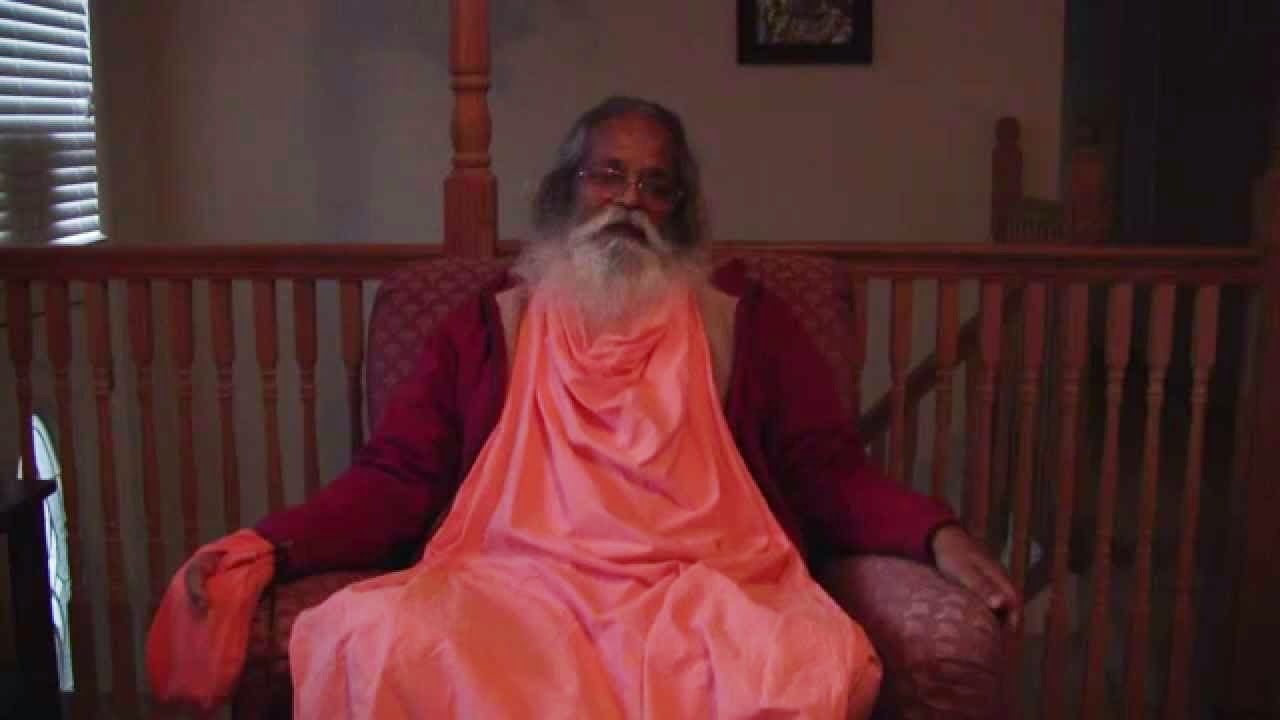 Yes, my lotus padas are all you need to go back to God.

PADA: Krishna Balarama swami has recently said that ALL the GBC's gurus and ALL their followers are going to hell -- and so forth, and now he has made another paper to that effect (see below). Is he trying to "out do" PADA's rhetoric? What about the time he was working with the GBC's gurus before he left their program?

Its a little amazing to PADA that followers of Krishna Balaram swami have often criticized PADA over the years for "being too heavy" and then -- they ended up saying the very same things we said, except that they are WAY heavier than what we usually write. Apparently, at some point a little light bulb goes off and these people start saying, heck yes, PADA is right, these GBC's gurus are bogus!

Hee hee, and that is why they say -- "imitation is the sincerest form of flattery." KB swami is just imitating us, and saying what we said all along, that's all. He has surrendered to our idea, that the GBC's are not authorized acharyas, and he is starting to make this more clear in public writings, which is what we did ages ago. Good, but a little late.

Folks like KB swami are just imitations of what we were PUBLICLY complaining about decades before they even got started in making a public protest process. Nowadays, most of these people, including many Gaudiya Matha folks, are trying to re-write history by saying "we were complaining (just like PADA was doing) the whole time." Really? Fine except, no one else ever heard about your public protest complaints until recently?

Sorry, KB swami, you were not protesting along with us, you were hanging out with the GBC's gurus and lecturing at their ceremonies, meanwhile saying our "ritvik" protesters are wrong. You were fighting against our expose process, ummm, no one should protest bogus acharyas until KB swami starts, then its ok?

Anyway, when PADA editor went to live at Berkeley temple in 1984, there was not one single other Prabhupadanuga living in the temple at the time, and Sulochana was still living in New Vrndavana. So we were sort of -- on our own -- fighting the GBC's guru's regime. We never heard about any so-called big time counter preaching against the GBC's gurus by folks like KB swami at the time.

And we certainly did not see any evidence of complaint documents that he was writing and distributing, as we were doing in Berkeley when we started to print initial copies of "Our Living Guru." Neither anyone else was using our "Prabhupadanuga" title on their documents like us, despite subsequently all kinds of people have ripped off our original title over the years as well, hee hee, Johnny come lately, ersatz imitations, that's all.

There are still some people such as various GBC folks / Gaudiya Matha folks / Bhakta das and his HKC Jaipur / Prahlad das disciples / and Krishna Balarama swami's folks and so on and so forth saying "no one listens to PADA." Ok well that is what these same thinkers were saying in 1984. We said at the time that there is a criminal program going and these thinkers said -- no one should listen to us -- because who cares about these crimes and etc. In other words, lets help the criminals stay in the seats of power and allow the criminality program to spread -- as it did. How has that worked out for these thinkers?

What has happened over time is that many of these folks have gradually been beaten down and forced to agree that we are correct, -- that these GBC gurus are bogus, because -- well, we exposed them so badly over the years, hee hee! Does Krishna agree that bogus people are His guru successors? Who cares if many, one, or no one agrees with this or not? Its totally irrelevant. because Krishna Himself does not agree that bogus people are His guru successors, thus it does not matter "how many" people disagree with Krishna -- and agree with us and Krishna.

Anyway our critics are somewhat right, various PADA readers, various FBI folks, scholars, police and news media people etc. have interviewed us over the years, and one of the first things they almost always ask us is, "Why aren't more people listening to you"?

The self-evident answer is, our opponents are compromised with the bogus guru's program. So the people who have been gloating that "no one has been listening to PADA" simply means, they have self - made themselves look like blind fools, ignorant jack-asses, and compromisers with criminality, to the public, the police, the FBI, the media etc. by covering up all these crimes and wrong doings and ignoring our attempts to contain these issues. Sulochana said our opponents are "mindless zombies." In sum, "not listening" to us made the crimes grow exponentially, that's all.

Meanwhile, these same various GBC folks / Gaudiya Matha folks / Bhakta das disciples like HKC Jaipur folks / Prahlad das / and Krishna Balarama swami folks are now all of a sudden saying -- oh really, we never supported the GBC's gurus either, we were ALWAYS agreeing with PADA the whole time, that these GBC gurus are bogus! Sheesh! Fine except, no one heard about you guys while we complained about the GBC gurus for years without ANY support from ANY of you folks. Of course folks like Bhakta and his disciples are still promoting the GBC's guru process.

This is a little interesting, on the one hand, PADA is a some sort of lone wolf in the darkness that no one cares for, except, on the other hand -- every other day another person says, "Oh no, we always agreed with the PADA's idea the whole time -- that the GBC gurus are bogus." What! You were with PADA the whole time! Fine except, we just did not hear your protest or see your documents being distributed? Hee hee! Yep, Johnny come lately's who say that they were among the first wave of protesters, fine except, we find no evidence of their written documents of protest, especially at the time me and Sulochana were protesting?

If Krishna Balarama swami was protesting in the early 1980s as he now claims he was, where are the protest papers he was circulating around ISKCON? The main written protesting at the start was PADA and later we were joined by Sulochana, everyone else pretty much came afterwards, and they just copied and pasted the same quotes and arguments we used.

Then again another problem we had all along was that various GBC folks /  various Gaudiya Matha folks / various KB Swami folks / and of course Bhakta das and his HKC Jaipur  / Prahlad das disciples said for years that we were "potty mouth protesters." Seriously? Saying that the worship of illicit sex is bogus "potty mouth"? Heh heh heh. Amazing. So, when we told some of our karmi friends that we are getting criticized by some folks for our objecting to the worship of illicit sex -- where are critics are saying we are "potty mouth" -- they said "You mean the gay atheist drama queen opera singers club members are the only ones against you"? Hee hee!

The other problem is that when some people finally agree with us the GBC's gurus are bogus, then they trend to spawn their own self-made guru-ship programs, such as the 1986 guru reformers like Trivrikrama and Prithu, and then again Tripurari swami, Gaura Govinda swami, Gaurahari das, Krishna Balarama swami and so on. OK, does this not mean, the real reason they finally went against the GBC gurus was, so they could self appoint themselves as another wave of independent maverick gurus (just like the GBC was doing), and grab a piece of the stolen booty?

In any case we do not believe Krishna Balarama swami is the next messiah, rather he is simply the next messiah wanna be. Srila Prabhupada is very emphatic on this issue, he says anyone who wants to be the master will glide down to hell. We are not supposed to pose ourselves as masters but as servants. Now KB swami says he is greater than us because he has a brahmana birth, and we can never understand anything because we once had hamburgers in our bodies, really, smarta brahmana-ism and anti-mleccha-ism is not going to fly very far. Period.

Of course we have to agree, even KB swami is getting some people to chant, and that is good, but so are the GBC's gurus? Sorry we have to do more than chant, we need to study the siddhanta.

Not only do those who accept worship from others without authorization fall into hell, but those who knowingly support such pretenders also get punished. As it is stated in the Kausika Samhita:


"If Sudras (low class people), even if they have become spiritualists, accept charity, even in difficult times, they surely glide down to hell, and those who donate to them accompany them there."

Because such deceitful situations commonly occur in Kaliyuga, no one can be peaceful in this world. Those who are innocent and seeking peace will be misled by the hypocrites. Saintly people feel compassion at this situation, as did Yudhisthira Maharaja five thousand years ago. Even though Kaliyuga's influence was not in full bloom because of the boon given by Kali to Yudhisthira, even its minimal influence caused Yudhisthira Maharaja to feel saddened. Srila Suta Goswami spoke to the sages of Naimisaranya forest thus:

"Yudhisthira Maharaja saw that the influence of Kaliyuga had pervaded his entire kingdom, infiltrating its cities, homes, and individual people. He noticed everyone leaning towards greed, lies, diplomacy, violence, envy, and irreligious principles. Therefore, he prepared himself to resign from royal life and departed from his kingdom to adopt the renounced order of life, dressed accordingly."

In the Canakya Niti (3.10) it is stated, atmarthe prthivim tyaje, "It is proper to renounce the whole kingdom to save one's self." When I saw that an irreversible amount of Kaliyuga's influence had overtaken the mission I had joined, I followed the same principle that Yudhisthira followed 5000 years ago. I left and established Bhagavat Dharma Samaj, adopting, as Yudhisthira had, the pure life of renunciation. Yudhisthira persevered until he saw Kaliyuga's strong influence on his kingdom. Similarly, we carried on until its effect was intolerable. 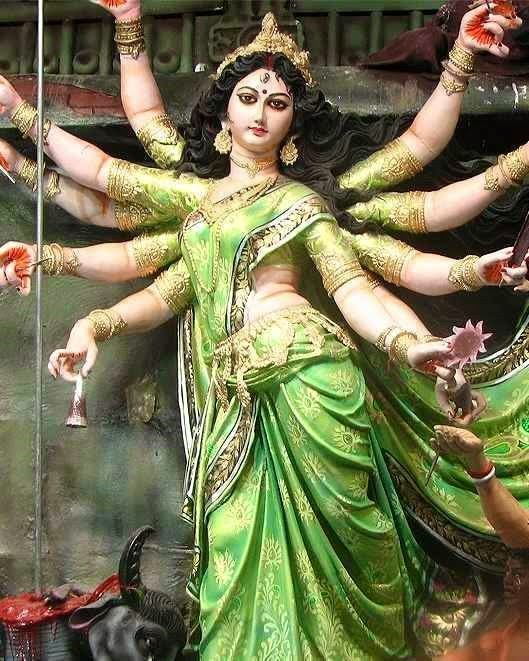 Not too merciful to the self appointed "Krishna successors"?