God Brothers "Costumed Themselves As Gurus" 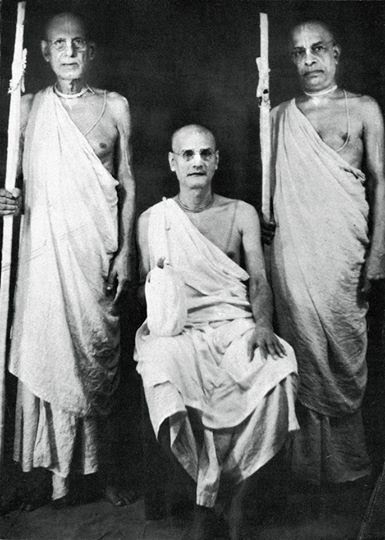 "Many of the disciples of our Srila Gurudeva, jagad-guru paramaradhyatama Sri Srila {Bhaktisiddhanta Sarasvati Thakur} Prabhupada, gave their bodies, minds, words and wealth to assist in fulfilling his heart’s deepest ambitions. Although he was immensely pleased by their service, or anusilana, it is seen that some of them, even after serving him in this way for so many years, were willing to abandon him, their own guru (guru-tyaga), and that others have developed guru-bhoga, the propensity to exploit him.

That is, instead of striving to imbibe the ideal and character of our Sri Gurupada-padma, who was perpetually rapt in bhajana, they have simply imitated his external activities and audaciously costumed themselves as gurus. Not even the first stage of bhakti has manifested in their hearts.

If we contemplate the cause for this, we find that as they served him, they failed to maintain the attitude, “Srila Gurudeva will be pleased by accepting my service and pleasing him gives me life.” Since they served him with many other motives and not exclusively with the hope of pleasing him, they were cheated out of obtaining the principal fruit of serving a sadhu and have instead attained whatever they secretly desired [for themselves].

If someone’s purpose is genuine then as bhakti appears in his heart all its symptoms, which are mentioned in the scriptures, will manifest in him and all hankerings and aspirations opposed to bhakti will gradually diminish."