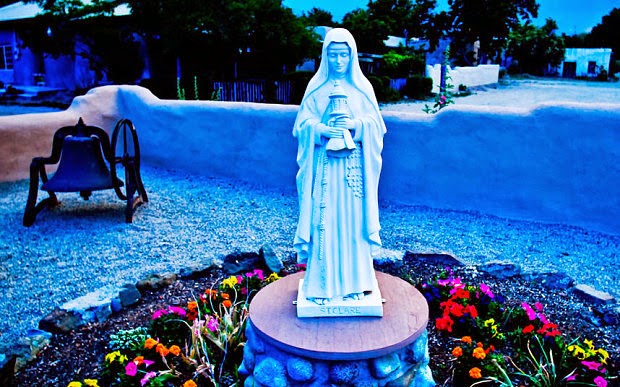 VATICAN CITY (RNS) The Roman Catholic Church in Australia acknowledged that “obligatory celibacy” may have contributed to decades of clerical sexual abuse of children in what may be the first such admission by church officials around the world.

[PADA: Right. Artificial celibacy may lead to all sorts of forms of abusive behaviors. We have seen that in some of the "sannyasas" of ISKCON as well -- where some so-called celibates may be cruel and mean towards women, because behind the scenes they are attracted to women and they are using their cruel external behavior as a shield to protect them from falling into sexual relationships. They cannot just admit, they need to be married?

Another theory floating around is -- that some of these bogus Catholic priests and bogus ISKCON sannyasas are actually gay, and they may thus see women as competitors, hence they may exhibit cruel behavior towards women on that basis, to suppress women as a class.

The report is correct in this respect, artificial renunciation in general may lead to mental, physical or even sexual abuse of women and children. These folks are on to something here! They should allow their priests to get married, have children, and in sum -- to have normal heterosexual relations and -- get this out of their system more naturally, because for starters they will have their own children and this will slacken the sex urge. Apart from that, especially when people get middle aged after having children -- the sexual urge is slackened naturally. This would avoid a lot of abuse as another benefit.

Just look at all the ads for Viagra etc., that means the sex urge is diminished naturally as people age. That's part of the Vedic system, we get married when we are younger, and then naturally -- as we get older -- we will have less urge for sexual relations. Then we become vanaprastha, still living together as man and wife, but no longer having sexual relations after the age of 50. The Catholics could start a similar process for their priests.

A middle aged man we know has spent $13,000 on "sex therapy," because he has lost his interest in sex and he wants to get back his desires. Why bother? That means the Vedic process is working for this man, and he should just accept. So,let these ISKCON sannyasas and Catholic priests get married, that's a good idea, and then they will become less interested in sex naturally over time.

Anyway, this is something that also needs to be more resolved more and more in ISKCON. Srila Prabhupada said we need to suspend sannyasa, they should get married, and have varnasrama based on householders. Until ISKCON embraces that, there will be more and more troubles. This is a good start for the Catholics, seeing -- at least in part -- of what is at the root of their issues. Yep, these Catholic priests and bogus ISKCON sannyasas should get married, good idea! ys pd]