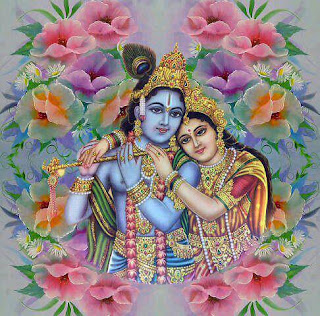 
Srila Prabhupada is the Deliverer of all ISKCON Devotees

Recently I had the opportunity of interacting with a few scholars of Madhva sampradaya in Bangalore and Udupi. One of them was an elderly Sanskrit scholar, a seventy year old retired university professor, a respected teacher and follower of Madhva philosophy in Bangalore.
madhvacharya

The discussion with him led to the subject of the theological differences between ISKCON Bangalore and ISKCON Mumbai.

In the course of the discussion, I asked the scholar: “In your sampradaya when upanayana is performed, as it is the practice, one may receive the Gayatri mantra from one’s father, uncle or grandfather – in such cases who is considered to be the deliverer of the candidate undergoing upanayana?”

He emphatically and proudly declared, “We are Madhvas! For all Madhvas, the deliverer is Sri Madhvacharya. He is our mula guru. We follow his siddhanta, his understanding, his teachings, his practices and hence he is our deliverer.”

“In case if one receives,” I continued, “the Gayatri mantra from one of sannyasis of the Madhva sampradaya, the head pontiff of a Matha, then who is considered to be the deliverer?”

He was still emphatic in his reply, “Even then the deliverer is Sri Madhvacharya alone.”

“Even if one has received the mantra from a sannyasi…?” I quizzed.

“Deliverance from the material world,” he continued, “and admittance to Vaikuntha is not a small matter. It requires exceptional spiritual qualifications and special blessings of the Lord. And for all Madhvas, Sri Madhvacharya is the one who has such powers from the Lord to deliver.”

“If Sri Madhvacharya is the deliverer,” I asked, “then what is the role played by the giver of the Gayatri mantra – may be the father, grandfather or even a sannyasi of the Madhva Matha?”

“All of them are acting as agents or representatives of Sri Madhvacharya.”
“Is this your own understanding or do all Madhvas hold this view?” was my next question.

“This is the correct understanding of all Madhvas for nearly eight centuries.” And he added further,

Next he went on to address our situation in ISKCON, “And for all the devotees of ISKCON since you follow the teachings of Srila Prabhupada, read his books, practice what he has taught, Srila Prabhupada is the deliverer for all ISKCON devotees.”

This discussion with the Madhva scholar was soon after one of the mediation meetings some of us representing the ISKCON Bangalore group had in Mumbai with some of the senior members of the International GBC body of ISKCON Mumbai group. One of the important points of discussion was this: Is Srila Prabhupada the deliverer of every devotee of ISKCON?

We, from the ISKCON Bangalore group, had argued that Srila Prabhupada is and shall be the deliverer of all devotees of ISKCON and for all generations of ISKCON devotees in the future too. And we had urged that this fact should be emphasized and celebrated all over ISKCON.

But the senior members of ISKCON GBC contended that Srila Prabhupada is one of the transcendental agents and not the single agent. They had argued that the holy name, the Deities, the transcendental knowledge from the shastras, the present ISKCON gurus – all of them play a role; and ultimately Lord Krishna is the one who delivers all devotees.

Hence it is inappropriate, they reasoned, to ascribe this deliverer position to Srila Prabhupada alone. It was ironical that here was a Madhva scholar who was willing to recognize the position of Srila Prabhupada as the deliverer of all ISKCON devotees, which even the senior members of the GBC were unwilling to accept.

During the course of our discussions with the GBC members, we shared the following quotes of Srila Prabhupada to substantiate our arguments:

2. Lord Krishna in the form of the spiritual master delivers His devotees. (CC Adi 1.45)

2. “Samsara-dava. You are singing daily. Samsara-davanala-lidha-loka-tranaya karunya-ghanaghanatvam. One who can deliver from this entanglement of material, miserable condition of life, he is guru. That is the first definition of guru.” (Morning Walk — November 14, 1975, Bombay)

3. “Yahara prasade bhai, e bhava toriya yai. If one is favored by guru, then the path to cross over the nescience is clear. And krishna-prapti hoy yaha hoite: by the favor of guru, one gets Krishna. … This is bhagavad-bhakti-yoga.” (SB class, New York, July 24th, 1974)

In other words, the spiritual master awakens the sleeping living entity to his original consciousness so that he can worship Lord Vishnu. This is the purpose of diksha, or initiation. Initiation means receiving the pure knowledge of spiritual consciousness. (Sri Chaitanya-charitamrita Madhya-lila 9.61)

5. The spiritual master is therefore worshiped as one who delivers the disciple from the mire of ignorance with the light of the torch of knowledge. The word paragam is very significant. Paragam refers to one who can take the disciple to the other side. (SB 3.25.8)

Continuing my discussion with the Madhva scholar, my next question to him was about diksha and diksha guru. I asked him, “What is the understanding of diksha (or initiation) in the Madhva sampradaya?” Even without thinking much, came his instant reply in the form of another question to me:

“What diksha do you mean?”

Then I recalled Srila Prabhupada’s explanation of what is diksha when he first introduced initiation in ISKCON in his first storefront ISKCON temple in New York back in 1966. Srila Prabhupada Lilamrita describes in great detail how Srila Prabhupada explained what diksha is, which he was introducing in ISKCON:
"And now," Swamiji said at length, "I will tell you what is meant by initiation. Initiation means that the spiritual master accepts the student and agrees to take charge, and the student accepts the spiritual master and agrees to worship him as God."

The young western students who were frequenting the storefront temple were shocked and needed more explanation. Some of them went up to Swamiji's apartment and asked: "Does what you told us this morning mean we are supposed to accept the spiritual master to be God?"

"That means he is due the same respect as God, being God's representative," Swamiji had replied, calmly.

"No," Swamiji said, "God is God. The spiritual master is His representative. Therefore, he is as good as God because he can deliver God to the sincere disciple.” (Srila Prabhupada Lilamrita Vol 2: Planting the Seed, New York, 1965-66 by Satsvarupa Dasa Goswami)

Keeping this definition of initiation in mind, I informed the Madhva scholar, “Initiation that Srila Prabhupada introduced in ISKCON means that the spiritual master agrees to deliver the disciple from the material world and take him back home, back to the spiritual world.”

“Oh, that kind of initiation!” exclaimed the Madhva scholar, “In our sampradaya, that is done only by Sri Madhvacharya.”

“What about the others who give the Gayatri mantra, teach the shastras, etc.?”
“They are all acting as his agents, representatives. But the deliverance of the devotee is done by Sri Madhvacharya alone.” Then he went on to give an analogy from his university experience. “There may be many colleges that teach so many subjects to the students, but the degree is awarded to the student by the university alone. No one else can award the degree.”

It is important to appreciate the definition or the form of initiation that Srila Prabhupada introduced in ISKCON. To appreciate this, we must understand what was happening in the Gaudiya sampradaya and what Srila Prabhupada’s own spiritual master Srila Bhaktisiddhanta Sarasvati Thakur did during his time.
The initiation or diksha that was prevalent in Gaudiya Vaishnava sects was the siddha-pranali diksha. This diksha involved the revelation of the siddha deha of the candidate in the spiritual world.

However, Srila Bhaktisiddhanta Sarasvati Thakura rejected this practice as it was applicable only to liberated souls.

He radically revised the concept of initiation in the Gaudiya Math institution. Following in his footsteps, Srila Prabhupada introduced initiation in ISKCON and he defined it as the acceptance of the spiritual master to deliver the disciple and acceptance of the disciple to regard the spiritual master as good as God. Hence it is the obligation of all followers of Srila Prabhupada to accept and practice this understanding of initiation in ISKCON.

In the next few weeks, I met another renowned Madhva scholar from Udupi. The discussion went on with him also on the same lines. He too asserted emphatically that Sri Madhvacharya alone is the deliverer for all the Madhvas. And he also confirmed that all devotees of ISKCON should regard Srila Prabhupada as the deliverer of all the ISKCON devotees, even if he is not physically present.

I paid my respects to the pontiff of the Madhva Matha and as I walked out of His Holiness’ presence I recalled several instructions where Srila Prabhupada has assured that he would deliver his disciples. He has repeatedly given the assurance that if we follow his instructions strictly – chant the holy names without offences, study his books, follow the daily program chalked out by him, serve his mission – he will deliver us.

In fact, Srila Prabhupada has taught that all the great acharyas of the guru parampara are deliverers and they are of the same category:

“The spiritual master, being in the disciplic succession stemming from Narada Muni, is in the same category with Narada Muni.” (Chaitanya Charitamrta, Madhya Lila, Chapter 24, verse 258 purport)