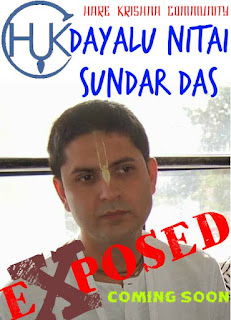 Dayalu nitai das (Dharmesh Sharma) president HKC Jaipur
Thanks Sudarsan Das Vanacari! You said we should not attack Dayalu Nitai's HKC Jaipur folks. OK fine, lets have a short review of the issues to see who is attacking whom?

1) Dayalu Nitai said Prahlad is his "senior devotee" and many of his HKC leading people have cited -- to both me and others -- Prahlad's website as their authority. In addition, Prahlad das was personally sending me death threats saying he is going to give my photo to the GBC's goondas, to have me killed (which we told all of you repeatedly).

2) Prahlad thus says he is helping the GBC's goondas target and kill devotees, and Dayalu Nitai said, he is the HKC Jaipur's "senior man." That means Dayalu Nitai is endorsing a person whose program is hunting and killing devotees, as we have pointed out here repeatedly.

3) Therefore, HKC Jaipur is aiding, abetting and authorizing a person who regularly visits their property who issues illegal death threats, probably right from their property site. This is aiding and abetting illegal activity, and worse, its being encouraged by many leading HKC people who all tell me how they love Prahlad's program (of making death threats and trying to kill Krishna's devotees). These are same threats we got from Kirtanananda's folks, why are your folks following that process?

4) Death threats are illegal, just like HKC's using the Akshaya Patra charity name is illegal, just like the other persons the HKC folks are promoting such as Bhakta das are doing all sorts of illegal things and etc. All of which we detailed here on this blog, i.e. the HKC is in bed with criminals and criminal actions, and is aiding and abetting such actions and worse, is encouraging the people engaged in such, including assisting hunting and killing Vaishnavas.

5) So the first question should not come from PADA, since you folks think we are biased against your program. Lets take the question we always get from our friends at the police! The police always ask me the same question, "Why is it that your vegetarian Krishna folk's are so envious of you, they want to drink your blood"?

So just answer the police's one single point for starters. Meanwhile, Dayalu nitai, Prahlad, Sudarsan and others claim we have not replied to their points, nope, it is they who never replied to our points. And it seems that for starters, they cannot even reply to a simple square one question from the hamburger eating sector?

So this is baffling, the entire HKC folks and all their assembled scholars cannot even answer one simple question from the karmis, they are totally stumped with the simplest of questions, and yet they are pontificating on so many other points? It seems, the police are vastly more self realized than they are, and that is why the HKC and all their minions have not been able to answer this question from the police for years together. Or what? Unfortunately, we also have to tell the police that the sole reason all these people want me to die is, they support the child molester messiahs program, and thus they lick the boots of that agenda's defenders like Bhakta das and Hari Sauri.

This is why Prabhupada says, first become a human being, then later you can think about becoming a devotee. In sum, according to the police, people like HKC Jaipur who promote advocates of hunting and killing Vaishnavas, are not qualified to ask anyone anything else. 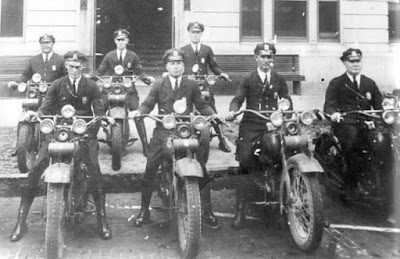 One simple question from the cops baffles all the combined HKC Jaipur scholars.
Posted by krishna1008 at 5:23 PM