PADA: The good news is -- there is at least a Rathayatra of some sort going on, whereas there are many USA cities where temples have been closed, and thus there is nothing AT ALL going on anymore. Or, some temples and farms still exist, but they are too minimal "bare bones" skeleton crew, so they cannot organize ANY large programs of ANY type. More good news, these folks are finally at least using a photo of Srila Prabhupada and not "the local living guru."

The bad news is, Alachua is still promoting the GBC's ideology that gurus are often falling into illusion.

So even if they attract a few people to take some initial interest, once these people realize they have to worship a debauchee's guru program, they may lose interest. Anyway, there is gradually more emphasis on Srila Prabhupada, so things are sort of de facto improving by default, as he is being more emphasized and these living gurus are more and more minimized. We hope some of the local Prabhupadanugas from the Florida and Alachua area attend this program and try to help folks to understand the actual process. ys pd 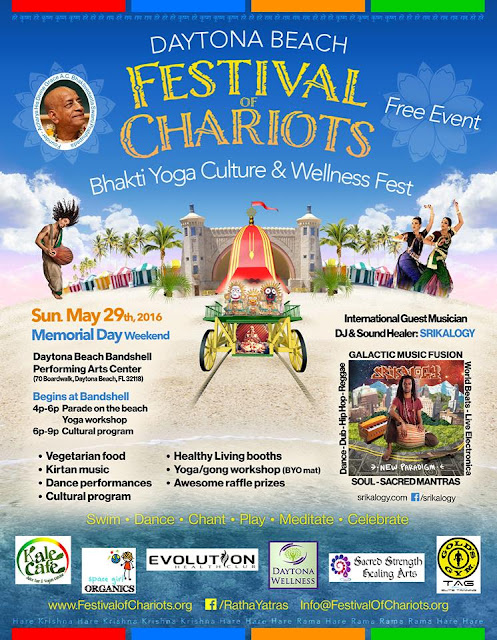