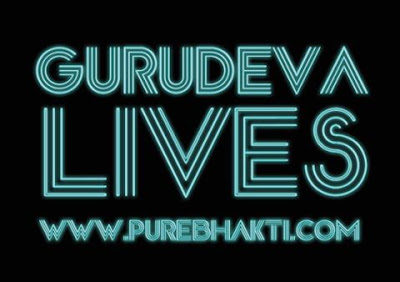 [PADA: OK wait a minute. Narayana Maharaja said we are bogus for continuing the worship of Prabhupada. He said we cannot listen to tapes and read the books of a physically departed guru, rather we need to hear from the living lips of NM's living gurus.

And how did you guess, NM had a huge pile of "living" gurus in his pocket for us to worship, like Tamal, Giriraja, Satsvarupa, Indradyumna, Mahanidhi and etc. -- and this is the program NM promoted as his living gurus.

Now, after he departs, his followers say we need to read his books and hear his tapes? Is this why they say Kali Yuga is the age of hypocrisy?

Anyway, good job Narayana Maharaja, you promoted the bogus GBC's "night of the living dead" gurus, and thus you helped destroy ISKCON in the process. Now, after you said we need to hear from the living lips of your debauchee's guru club, we still need to hear from you again?

You did not bomb the place sufficiently, there is still a little life left which you would like to decimate, again? Rocana has been doing the same thing, he crammed his debauchee messiahs club program down the throats of ISKCON's citizens, including its children, and he has been saying we need a living lips (debauchee's guru club member) to hear from, and he also destroyed ISKCON in the process. His living debauchee messiahs program is currently in a state of collapse.

The good news is -- the NM groups seem to be gradually dwindling and disappearing in the USA. Yep, when your whole schtick is to worship a live person, and then you die, your program is going to gradually go down, no kidding! Same thing with the Gaura Govinda Maharaja folks, they said you need a live person, then when he died they started the "Gaura Govinda tape and book ministry."

OK so Srila Prabhupada cannot have a tape and book ongoing continuation, only they can? Same problem Rocana is now having, his living lips guru's program is going down the tubes as well. Our program is not only moving ahead, the NM people are COPYING US. That means we had the right idea all along, they just cannot admit. ys pd]