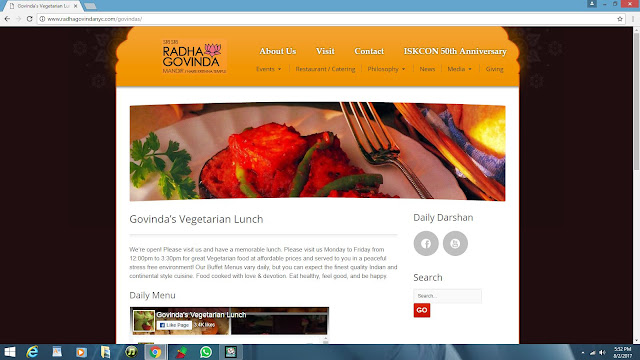 [PADA: Yes, the temple is closed and so is the restaurant. Yes, the Bharati Society has dual advertised itself as ISKCON, see the above where they advertise ISKCON's 50th Anniversary -- as if they are ISKCON. Yes, they have used both hats, ISKCON and not ISKCON.

Someone very close to the situation told me, there is apparently no actual alternate property lined up to move to Queens or anywhere else when this building is sold. Its mis-managing at best, theft and fraud at worst. I had to give another person a lengthy explanation of how the GBC had made an abuse lawsuit and this is apparently why the temple was signed over off the ISKCON legal entity side. Its all due to mis-managing of the GBC ultimately. ys pd