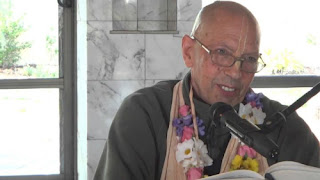 Maharaja had a good day, ate the most so far since in hospital rested well. We kept visitors to nil so his body could best prepare for the next few days. GM’s heart attack was caused by heavily blocked coronary arteries. (90% blocked) Meaning dramatically restricted blood flow to the heart. The good news is that they confirmed very little damage to the heart muscle.

Tomorrow GM is scheduled for at least a triple bypass to fix this serious problem. His chest will need to be cut opened up for this repair and they will fix anything else they can see once they’re in.

They are somewhat concerned that he could have another heart attack straight at the start, so they’re taking precautions to manage this.

He’s scheduled to be wheeled off at 12.00 pm Australian Qld E.S.T. The operation is expected to go for 4-6 hrs. After he’ll have a short stay in recovery, GM will then be moved to I.C.U (Intensive Care Unit) for two days. If all is well he’ll then be moved (again) to the Cardiothoracic Ward and assessed for the final important hip operation. (2-4 days later)

After the hip operation will then begin an extended physiotherapy routine for the hip, chest, lungs. Normally after open heart surgery they like to get you moving immediately, but unfortunately the broken hip will delay this.

Leading up to the hip operation GM is going to be in quite a bit of pain because of a cut sternum, broken hip, multiple cuts on his arm, leg where veins will be harvested for the multiple bypasses.

We humbly request all the devotees to please continue praying for his safe surgery and painless recovery.

We’ve been reading all the messages from local devotees from around the world which have been very touching, enlivening.

[PADA: During the 1980s, when a lot of crimes were going on under the "11 gurus," Mukunda Goswami was in charge of the "ISKCON World Review." His former secretary (Nandini dasi) told us that hundreds of letters from the ISKCON congregation were coming in to Mukunda Goswami from all over ISKCON, complaining about severe deviations, repression, abuse, crimes and so on. Mukunda also supported the infamous Bhavananda goswami, Hari Sauri goswami, Prabhavishnu goswami, and other false guru programs in Australia and around the globe.

The poor victims of the repression and crimes were begging Mukunda Goswami for help. Instead, he never published their letters, never offered the victims any help, and in sum he covered up for all the crimes that were going on. He just stock piled the complaint letters without taking any action. And he told Nandini "I have a career to look out for."

Right, and his career was to make sure ISKCON was worshiping Mukunda's illicit sex messiahs and their criminalized program, while he was the main look out man / apologist protecting the robbers. That has been his main lifetime career, to make sure all the victims cries for help were silenced. He also would not help me and Sulochana, rather he sided with the illicit sex messiah's program.

He still has never explained why he supports an illicit sex guru lineage which claims that worship of a debauchee's guru programs is the path back to Godhead. I hate to have to remind people that the Isopanisad says the higher authorities are not very forgiving towards people who promote false messiahs.

He thinks he is better off than the other brothers because he made a career out of supporting the worship of illicit sex, and they did not, so they are in the cheap health care program while he has a lot of hijacked loot for the top facility. Well, that is what materialists think, this person is better because he is in the top facility. Not sure what good that does, everyone dies eventually in either top drawer or bottom drawer facility.

Another thing is, we were all told not to act as gurus and take karma or we could get sick or fall down, but he acted as a guru and took karma anyways, perhaps this is why he has been ill for years and years together now. ys pd]
Posted by krishna1008 at 9:55 PM