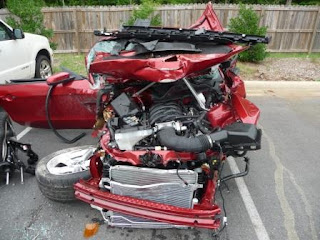 You purchased it, too bad!

PADA: Where Anuttama and Jayadvaita will come and teach people that Lord Krishna's gurus, successors and acharyas are: -- voted in, voted out, suspended for deviations, monitored for illicit behavior, going to drug counselling, censured, removed, excommunicated etc. And they do not chant their rounds because they have carpal tunnel disorder etc., that is --when their "living links to God" are not debauchees, drug addicts and criminals. Meanwhile Prithu is out there preaching that ISKCON's gurus like Krishna West pada are "apa-siddhanta" -- but Krishna West pada was reinstated back anyway!

As Jayadvaita himself told me, getting a guru in ISKCON is like buying a used car, "buyer beware" -- because NONE of the cars in Jayadvaita's anointed used car guru store are being checked for problems before they are being sold. Jayadvaita simply crams his unchecked and uncertified messiahs down your throat, and if your guru happens to be going to Patala loka, too bad, you were foolish enough to accept a bad guru from Anuttama and Jayadvaita.

Yep, you were stupid enough to have accepted their anointed gurus in the first place. If you buy a used car from these guys and if it starts on fire, its your fault for being so stupid as to have purchased anything from these cheaters. I like that, if I am printing counterfeit money in my basement, and I get caught, I can tell the judge its not my fault, because people were so stupid they accepted my counterfeit money. Good excuse as any!

It never seems to occur to these people that used car salesmen, or any company with a buyer beware policy, is hated and not trusted by the mass of public. Is this how these guys are trying to turn millions of people away from Krishna, by saying Krishna's gurus are a "buyer beware" used car sales program? ys pd
Posted by krishna1008 at 7:38 AM