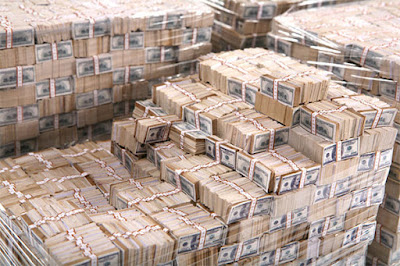 
[PADA: Is it just me? Or are a lot of "the devotees" just a little bit cracker pots? Isa dasa now wants a mere million dollars to fund his program -- where he can "prove" all religions are based on the Vedas. Good idea, except maybe he could have asked for, I don't know, maybe $2,500? Why is it one million? This is way over the top, seriously.

At the same time, I like Isa Dasa for his work on getting certain aspects of the poison issue out there, and his finding a "rare and hidden" audio tape where in (December 1977?) Tamal tells Satsvarupa "Srila Prabhupada wanted us to give him something to make him disappear."

Of course this begs these questions, "Why was this tape hidden in the first place"? "What could be given to someone to make them disappear, unless its some sort of poison"? "Why wasn't Satsvarupa the least bit surprised or concerned when this was told to him"? "Why were the November 1977 conversations tapes hidden, and we had to wait to get copies in 1997, and then we had to find our own Bengali editor to translate and make the first transcripts"? ETC!

However, if PADA's editor had a million dollars given to me by some strange chance of fate, wouldn't that money be better spent on making some varnasrama farm project for the alienated and scattered devotees? It seems to me that making some sort of functioning devotee project is the main priority, and not so much "proving that all religions come from the Vedas."

Even if we had some sort of proof that all religion have the same origins, most people would not accept that proof anyway, because they are ALREADY stuck in their particular religion's sectarian camp. And if we wanted to actually spend a million dollars "proving" anything, wouldn't we want to "prove" that no gurus were ever appointed and that Srila Prabhupada should be the exclusive acharya for ISKCON?

Someone sent this Isa funding item to me as "proof" that a lot of our devotees are several bottles short of a six pack, when it comes to understanding basic common sense principles. I'd have to agree. That being said, we have made a lot of progress "proving" certain points, and getting a lot of people on board with our idea that Srila Prabhupada is the current acharya, and not all these GBC elected guru wanna be's. The person who sent this also said, some of our "devotees" seem to be getting more and more eccentric and whacky as they get more into old age, hee hee, maybe that is happening! Just look at Krishna West, and the GBC's lack lustre and gutless wonder lack of response for years!

So, if anyone out there has a spare million bucks, you could maybe give it to Isa, or -- maybe you'd try to figure out a wider and more substantial program to help establish some of the programs Srila Prabhupada wanted. ys pd]