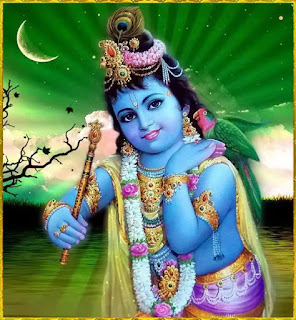 If You Are Not a Self-realized Soul…

No offense, but we have ALREADY made so many men gurus, rubber stamping them, voting them in, etc. ... and the result is that many, many have fallen down, and the whole GBC looks foolish for rubber stamping so many such fallen souls as ISKCON's acharyas in the first place.

Is it that we have watered down the parampara of acharya's system so much so, that now we have to make women gurus, just to fit in with the 'vox populi' -- what the common people say? That is not the word of the sastra. Those who are self-realized souls they are guru; not counting numbers, 'we have so many gurus now, oh so many fell down, quick make some more'...??? That is what we are doing.

Hence, of course, Srila Prabhupada is correct, men and women may eventually BECOME gurus, but he did not say ... "Just keep making more and more generic conditioned souls as gurus to suit the general public, or to suit what the rank and file want. Vote in more and more gurus for the people, by the people, of the people..."

Or we want to conform to normal mundane society by making normal mundane people into acharyas. No, no, no! Make qualified gurus FIRST, then ISKCON, the ocean liner of ISKCON will make a giant turn towards being: "The Positive Alternative". Right now we are seen as a movement with many, many fallen gurus, and this is being rejected by the mass of devotees and mass of public.

Real guru does not need rubber stamping, he is guru, no matter what anyone thinks. He is guru! ISKCON is not supposed to be like corporate ladder jumping; when you join the movement you are a new bhakta, then first initiation, then second initiation, then temple commander, then vice president, then sankirtan leader, then temple president, then regional secretary, then GBC secretary, then swami, then guru, then ... I do not know what is left… can I become God! Forget the corporate ladder jumping. Forget position, be eternally a servant. but we cannot do that as we are fallen and have the want for prathista.

If you are not a self-realized soul, 'male or female', do yourself and everyone else a favor -- stay away from the guru-business. What type of guru does Krsna commit to: tattva darshi guru, one who has seen the truth. Simple, everyone knows this verse, but do we put it into practice? Also in the sixth canto,rshibih tattva darsinah, same thing, self-realised guru. He must have realised the Absolute Truth, Krsna, otherwise how can he impart knowledge.

There is so much rhetoric, kanistha guru, madhyam guru; however best is uttama guru. Srimad Bhagavatam, Third canto: "O my lord, great philanthropic souls travel on the earth on behalf of the Supreme Personality of Godhead to show compassion to the fallen souls who are averse to the sense of subordination to the Lord." [SB 3.5.3] So it is very simple; who is not fallen he can be one of these 'great philanthropic souls'. He shows compassion to the fallen conditioned souls. To show that compassion one must not be fallen himself. Following the four regs and chanting 16 rounds, that is one thing, however a self-realized soul, a tattva-darshi guru, that is another thing.

Truth speaks all languages. So does untruth. What do we adhere to?