ISKCON is no longer a preaching mission? (Krishna Kirti and One ISKCON)

[Excerpts from “A Brief Exploration of the History of ISKCON’s Social and Ideological Conflicts and their Significance for ISKCON’s Emerging Constitution” By Krishna-kirti Das on the Appearance Day of Sri Advaitacharya, 13 February 2008, Albuquerque, New Mexico, USA.]

PADA: Krishna kirti das has ALREADY had "an ideological conflict" with ISKCON's gurus, such as Hrdayananda swami. Krishna Kirti already said that he could not agree with his "guru" on the "gay marriage" issue. Krishna Kirti thus ended up rejecting his "ISKCON guru." Why do the One Iskcon folks continue to promote the GBC's guru system, and its gurus like Hrdayananda, when they do not even accept that their own "gurus" and their process is bona fide? That means: the public (and us, the mass of devotees) should continue to be fooled into worship of One ISkcon's false gurus, and accept their false gold gurus, but One Iskcon refuses to buy their own product? Used car salesmen? 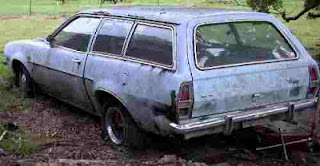 And why is One Iskcon's web site saying, we can challenge the guru and the Vaishnava parampara -- whenever we feel like it? One Iskcon is openly promoting anarchy from the guru parampara. Anyone who decides the instructions of guru are not to their liking, can reject the instructions of the guru. Anarchy from the parampara? One Iskcon never explains, why are they teaching people to oppose the gurus -- that they are simultaneously -- promoting?

Either that, or they have no idea what the parampara is? In any case, this is teaching people the wrong idea, (A) we have to accept that ISKCON and its guru parampara are authorized, but (B) whenever we feel like it, we can reject the iskcon guru parampara and launch our own idea, and become self-made gurus.

Then One Iskcon's folks ask: why is ISKCON fracturing into pieces, when they are the very same people making these fractures by dividing people into various guru camps. Where is the structure of authority here? There is none. Of course this leads to all kinds of problems, people can reject the ISKCON guru authority system when it suits them, and start their own guru tattva process, whimsically. This is already what is going on all over India, independent maverick gurus. And now, One Iskcon ALSO says, we can have independent maverick gurus and disciples as well, all over ISKCON.

Of course this also means, we should buy a nice new Cadillac from One Iskcon, except all they are selling is -- broken down Ford Pintos? Krishna Kirti has become a cheating a used car salesman, he takes a car he ALREADY knows is bad and broken down, and he advertises it as a new car. He is not accepting the GBC guru system himself, but he is telling others they should. Is this not hypocrisy and cheating?

Incidently Hrdayananda invited one of our friends up to his place. He started going on and on and on, how more than ten years ago, he and other GBC gurus knew many people were leaving ISKCON, and so he was heading up a committee to bring these people back. Hardly any one is coming back, what happened?]

KK: Some influential ISKCON members as well as scholars both within and outside of ISKCON have made statements that underscore the conquest of Western culture. One sign of this is the shift in emphasis away from confrontation with ISKCON’s Western host culture. In the book The Hare Krishna Movement: Forty Years of Chant and Change, ISKCON devotee and director of the Oxford Centre for Hindu Studies Shaunaka Rishi Das is quoted thus:

The greatest jewel in the crown of ISKCON is the deity worship. . . but the devotees don’t yet know it. . . Krishna, Lord of senses, is worshipped with the senses. It is deity worship rather than book distribution or any other activity that that [sic] is the real jewel of ISKCON.

Srila Prabhupada’s books contain innumerable criticisms of modern civilization. No matter how nicely these books are distributed, at some level distributing them is necessarily confrontational. A shift in ISKCON’s emphasis away from book distribution toward Deity worship significantly avoids confrontation with ISKCON’s Western host culture and ends ISKCON’s primary identity as a preaching mission.

[PADA: The current GBC policies: ends ISKCON's identity as a preaching mission? And why are we going to the "Oxford Centre for Hindu Studies" at all? Srila Prabhupada said he does not want his mission to become a Hindu-ized hodge podge. Yet this is a good analysis, ISKCON is developing more and more as a Hindu cultural center program, and is walking back from its original root ideas of, harinama samkirtana, books, preaching, prasadam programs and so on. The Gaudiya Matha did the same thing, and Srila Prabhupada said they had a "showing of the deity business." Their preaching was stunted, they had some Hindus coming to give money to see the deity, same exact process as has now overtaken ISKCON.]

... "scholarly devotees whose faith is undisputed have for a decade or more been applying perspectives derived from the wider society — postmodernist, feminist, pluralist, textual-historical, etc.—to Prabhupada’s transplanted and literalist tradition ( e.g. Goswami and Valpey 2004).

[PADA: Right, Tamal "Goswami" transplanted all kinds of Westernized ideas into ISKCON, for starters, by saying that the acharyas need to go to a Christian college. The paper cited is an example of the bogus GBC's teaching that acharyas need to attend mundane colleges to get bogus degrees and certificates.]

KK: This statement is also interesting because of the opposition King sets up between “perspectives derived from the wider society” and “Prabhupada’s transplanted and literalist tradition.” This opposition is significant because the perspectives King mentions (and others she implies) variously emphasize the subjective point of view more so than literalist traditions. The opposition is between the subjective and the objective, between humanism and theism.

[PADA: Tamal literally said that Bhavananda and Narayana Maharaja are his two favorite people on the planet. One was in charge of the molester messiahs program -- which was molesting children, and NM was teaching gopi rasika to the molester messiahs program. Why are these types of people like Tamal being cited as scholars and authorities by One Iskcon? One Iskcon often says they oppose Narayana Maharaja, but they cite the biggest cheer leader followers of NM, like Tamal? More hypocrisy.]

KK: This notion of the practitioner being the implied “final arbiter” (final interpreter among other interpreters) and being an active agent that “inevitably reinvents tradition” stands in stark contrast to Srila Prabhupada’s notion of the practitioner as a submissive recipient of tradition. In his introduction to Bhagavad-gita As It Is, Srila Prabhupada describes the method of submissive acceptance through the analogy of taking medicine:

[PADA: OK, except One Iskcon is acting as the final arbiter. They say for example that Hrdayananda is one of the Lord's messiah from heaven, and he can absorb sins like Jesus because he is a diksha guru, ok that is what One Iskcon wants you fools out there to accept, but personally, they think Hrdayananda is a deviant. So they are acting as their own authority, they promote what they say are fools as their messiahs, and in the back room, they do not accept their own messiahs. So they are making up all these rules as they go along. You have to accept their counterfeit money, they do not.]

KK: Goswami and Das, however, respond to anticipated objections to their alternative notion of the practitioner as a fourth, implied authority who inevitably reinterprets and reinvents tradition.

[PADA: That is what One Iskcon is doing, reinterpreting the tradition. In the real tradition, no gurus have supported gay marriage. No disciples have had to oppose their gurus for doing that. No one has ever rejected a guru for being a deviant, and then promoted the same bogus guru and his lineage anyway, as One Iskcon does, acting like extreme hypocrites. And so on. So One Iskcon has re-invented the tradition.]

KK: In the same way, if tradition’s “end user” is also granted a significant say in what the words left behind by guru, sadhu, and shastra mean, then it is possible that “legitimate” interpretations of tradition may not necessarily reflect the authorial intent of the guru, the sadhus, or of authors of shastra itself.

[PADA: Oneiskcon supports a guru lineage that is chock full of illicit sex with men, women and children, no guru, no sadhu, and no shastra supports their idea.]

KK: Indeed, Goswami and Das’s reinterpretation of Gaudiya Vaishnava theology was undertaken especially for the sake of rectifying some of ISKCON’s internal social problems. This purpose appears to have been the starting point for their own reinterpretation of tradition, and arriving at some of their conclusions would have been impossible through Srila Prabhupada’s own approach.

[PADA: OK, so Tamal is a speculator, and he is also the founder father of the One Iskcon / Danavir's guru line? Anyway yes, we think that shastra is literal, anyone who imitates the acharyas goes to the lowest planets in the universe. We agree with that idea. ys pd]