More Hypocrisy on Oneiskcon (re Hari Sauri and Kirtanananda)

PADA: This is amazing really. When Kirtanananda swami had all of his people dressed in brown monk's robes in the 1980s, the GBC's gurus were practically ALL say saying KS is the best "pure devotee on the planet." Radhanatha and Umapati both told me he is "the purest devotee on the planet." And people like Hari Sauri were part of the post-1978 GBC's guru program that was promoting Kirtanananda and his "brown monks robes" program. Hari Sauri was the infamous Prabhupada Kripa maharaja who was promoting fools like Kirtanananda as the messiah of ISKCON, and now he is implying, he was against Kirtanananda's (changed clothes and monk's robes) process all along?

No, Hari Sauri was a kingpin supporter of this evil empire. Lest we forget, while Hari Sauri and his pals were eating 50 course feasts, the children in their charge were being starved, and being fed things like rotten oatmeal covered with green mold, which you would not feed to your pet rat. No wonder oneiskcon loves these guys! Their program tortured children, how lovely is that!

After Sulochana was murdered, Hansadutta apparently thought that made Kirtananda the most pure person, because Kirtanananda showed that he was the real "mobster boss of ISKCON." Kirtanananda was able to get people assassinated, and that made him sort of like the God father of the GBC's guru mobsters. So Hansadutta started saying, KS is the most pure devotee on the planet! Yep, KS can have people like me assassinated, this is very pure!

Satsvarupa was writing, Kirtanananda is so pure, he is everywhere. And he was everywhere, Kirtanananda was being glorified as the main leader of ISKCON -- all over ISKCON -- at the time. Hari Sauri, Bhakti Vikas swami and all these others were all going along with these deviations, at least we never heard of their protests. Never mind Kirtanananda was dressing everyone in brown monk's robes and there were all kinds of criminal deviations going on there.

Hari Sauri types of people, at the time, were part of the program of glorifying Kirtanananda. And they still are, Kirtanananda's body is being buried in Vrndavana by some of the GBC's gurus, whom are STILL part of the Hari Sauri and BVKS program even today.

Hansadutta dasa in 1986 moved the entire group of 100 devotees out of the Berkeley temple to take shelter of Kirtanananda Swami, whom Hansadutta das said was -- "the only pure devotee on the planet." This also explains why Berkeley temple has had no manpower ever since, because Hansadutta devastated the place when he kidnapped all the people there to go away to worship a homosexual child molester as their messiah.

And Hansadutta did, he burnt the place down by removing all the servants of the deity. Hansadutta did not care if the deity had no servants, he wanted people to serve the pedophile messiahs instead of Krishna. Do these people believe in karma? Apparently not! Serving homosexuals and pedophiles, who are dressing like Kings, who orchestrate the murders of vaishnavas, is a "higher service" than serving -- God almighty? Yes, but only on the most hellish of planets.

In any case Hansadutta was simply going along with all of the other GBC gurus, they were all joining the idea at the time of making Kirtanananda's kingdom into their flagship program. Meanwhile me and Sulochana were asking, why is everyone worshiping a homosexual pedophile as their messiah?

The GBC gurus said in their BACK TO GODHEAD magazine that Kirtanananda is just like "Jesus, Haridas Thakura and Prahlad." Of course, he was at the time bringing little boys into his motor home and cottage for immoral activities. In any case, none of these people ok like Hari sauri, BVKS etc. has ever explained why they were promoting this empire, which by the way was changing the clothing of the devotees starting in 1967, when, how did you guess, Kirtanananda wanted to change the clothing of the devotees?

Now Hari Sauri is trying to look like Mr. Clean, that he never had anything to do with all these changes. Sorry, Hari Sauri was part of the "Kirtanananda is a demigod" process. Even Rocana's reformers excommunicated me and Sulochana for attacking their hero Kirtanananda by their saying we are "offending a great devotee." Now these same people are saying, we should not follow Kirtanananda, after they crammed Kirtanananda down our throats? And de facto tried to orchestrate getting us killed for opposing their bogus messiahs, like Kirtanananda? 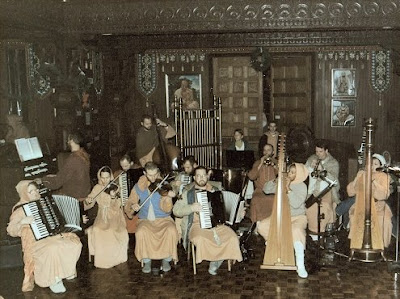 Brown monk robes and etc, program being made by "Jesus, Haridas Thakura and Prahlad" 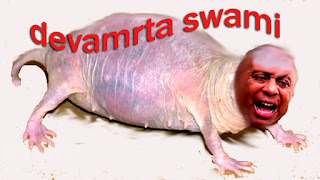 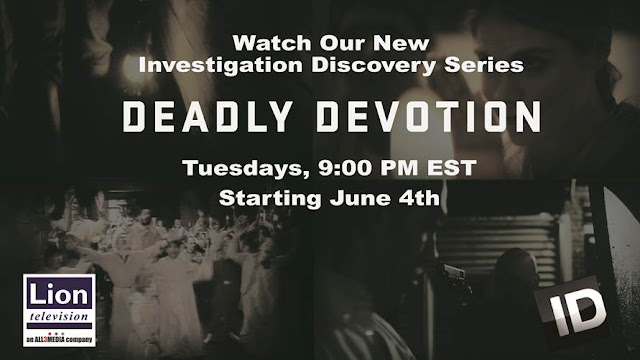