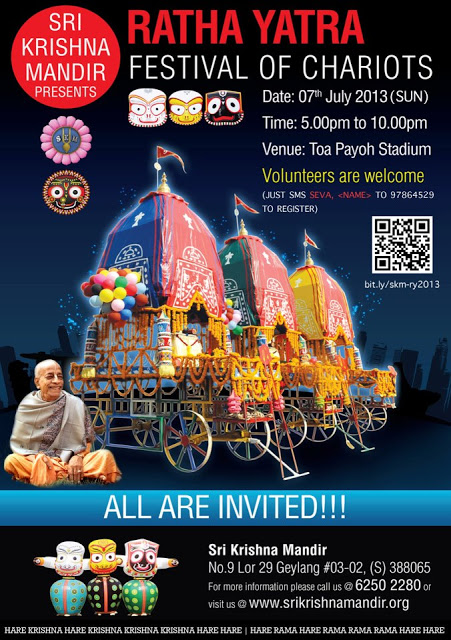 It clearly opposes one of the prominent teachings of Srila Gurudeva on Bhagavata Guru Parampara.
Most of us have heard it, and most of us don't do anything about it, either due to shyness or fear of questioning "senior" Vaishnavas.

For those of you who have listened to Srila Gurudeva's Harikatha over the years, I request you to debate the validity of the following statement: "Those who go to any other Mahabhagavata outside of our sanga are making aparadha to Srila Gurudeva."

Yes! This was spoken publicly to an audience of 1000 devotees by a "senior" Vaisnava in our sanga. And since that time, it has taken on many similar forms, coming from many mouths, and yet the message remains the same. I would like to open up a discussion on this issue with relevant quotes from Srila Gurudeva and evidence from Tattva Siddhanta.

[PADA: Right, first the Narayana Maharaja people said: we can all go outside the ISKCON camp to listen to other Vaishnavas, but some of their big leaders now say, no one should go outside their camp? Is this hypocrisy? ys pd]

My dear Lord, one who earnestly waits for You to bestow Your causeless mercy upon him, all the while patiently suffering the reactions of his past misdeeds and offering You respectful obeisances with his heart, words and body, is surely eligible for liberation, for it has become his rightful claim.