This GBC Resolution is about finding evidence only supporting the present guru "no-objection" system. It says it clearly:

Resolution: The GBC hereby commissions the production of a paper presenting the reasons and supporting evidence for the validity of the current process. The Guru Services Committee shall take responsibility for this paper to be finalized latest by December 31, 2012.

[PADA: The current ISKCON GBC guru system is that there is a "2/3's show of hands vote" wherein the existing ISKCON "guru parampara" members are "not objecting" to another "new guru" being added the "guru parampara of Lord Krishna." The first problem is that the parampara of Lord Krishna has never been subordinated to, controlled by, nor administered by, a system of "2/3 show of hands" voting? The "eternally pure guru parampara" could not be administered by people who keep falling into "illicit sex with men, women and children" either? The acharyas are under the control of a body of people who are full of mistakes and illusion? There is also no historical precedent for this guru by voting process. And then when their gurus fail there is a contrived system of censure, monitoring committees, removal and sometimes excommunion of gurus, again, not found in the Vedic guru system.]

ND: So there is only an objective of proving what they have adopted as correct.

[PADA: OK, they cannot admit their system is a total concoction.]
The GBC's own SAC refuted the present concoction, but it was and continues to be ignored. For whose benefit?

[PADA: There has also never been a SAC (shastra advisory committee) for the acharyas. If the acharyas need "shastra advice" from a group of still conditioned neophytes, then how can they be actual acharyas? The professor needs the advice of the kindergarten children? Then what kind of professor is that?]

ND: Great seekers understand that the truth may not lead to where you thought you were going, but it will always lead you somewhere better. Here, there is no question of better. There is only an agenda to support the status quo. Why are we not thrilled?

[PADA: OK, except notice Nrsinghananda never tells us what system he supports? He is against the GBC system, but he presents no alternate system. That is what Bhakti Vikas is doing, so these people are trying to back away, while not presenting an alternate. The correct alternate is the ritvik system.]

ND: Even a scientist must have an open mind and be curious. It is fine to have an idea about how or why something is the way it is, but the scientist should then seek to prove or disprove this "hypothesis" and should be willing to change their ideas depending on the results of their experiments, rather than to continue believing in their original idea even if the evidence of their experiments is sticking up against it.

There appears to be no desire for the truth.

[PADA: So how can they be gurus is they have no desire for truth?]

ND: The PAMHO Prabhupada Disciple conference discussed the guru-tattva issue for more than two years in search of the guru-sadhu-sastric prescription for succession. Many salient points were made by some very erudite and committed devotees. An ad hoc committee of them was finally formed, and a proposal was drafted for submission for consideration at the 2012 GBC meetings. It didn't even make it past the sponsor stage and never saw the light of day. I don't know of one GBC who took the time to review it. This latest Resolution 307 attempt at resolving the "guru issue" by the GBC is fatally flawed and can only exacerbate rather than resolve the issue.

[PADA: Ad hoc committee to understand what is a guru, from people claiming to be gurus already?]

ND: The GBC are acting like the debt-ridden countries, pushing the burden onto the future generations, not willing to take on the austerity to get this, the #1 most important issue - guru- tattva - right according to guru, sadhu, sastra. Already so many souls have been short-changed, alienated, disappointed, confused, and/or distanced from ISKCON because the leaders have avoided tackling a white paper addressing this topic. This latest scheme is more like a white wash, not a white paper. Really, it's distressing to many rank and file, including myself.

[PADA: You cannot solve the guru issue with a white paper, you just have to admit their whole system of voting in gurus is bogus. ys pd] 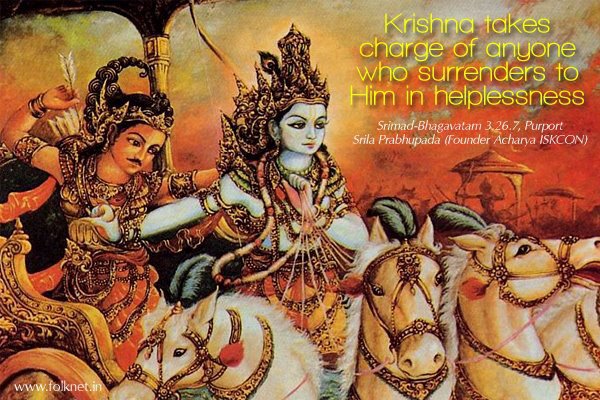