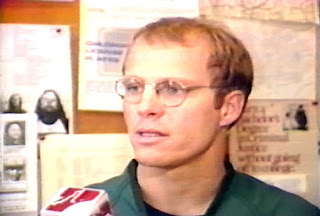 
Thanks prabhu for your question, how did PADA get into a disagreement with some "other ritviks" over the child abuse issue? OK a lot of spilled ink has been splashed around explaining this, so lets make this a quick summary:

1) In 1997 we helped liberate hundreds of children from the GBC's schools, and helped reduce the suicides of ex-kuli molesting victims -- by helping them make a lawsuit against the GBC. After the lawsuit was filed -- many parents woke up and pulled their children from the schools, some say this totalled hundreds. A number of these children subsequently thanked me for having them liberated from these situations, and some have said -- we saved their lives.

OK ISKCON went bankrupt and so forth, we could not save it nor its name, we had to get the suffering and dying children out of the burning building. And we did what we could with what we had, which was -- not -- much support.

2) Then Sanat (Steve Voith) and Mukunda (Mark Whitely) came out and said our saving children is wrong, and moreover they said they wanted to have the ISKCON children killed, chopped up and fed to dogs. This was all reported to the Dallas lawyers, Angelica NY law enforcement, and the FBI at the time -- and we published their letter which was read by thousands of PADA readers at the time. If anyone wanted proof of this, they simply have to ask some of our readers from that era -- or the other witnesses named above.

4) Then Prahlad das said he was going to help the GBC's goondas kill me by sending them my photo (which he loyally and promptly posted to aid the GBC's goondas). OK he was threatening to have me killed. And he self-evidently admitted -- he is working with the GBC's goondas behind the scenes, to help have us Srila Prabhupada devotees assassinated.

Yep, anyone who opposes their worship of child molesters as messiahs program is a threat to that agenda, these threats have to be eliminated. That was Tamals' whole program all along.

Pancali's husband then encouraged and joined Prahlad's effort, until we said we were going to report him to the New Zealand Police for making international terroristic threats -- and he backed off. He subsequently seems to have sort of disappeared?

I did not report Prahlad to the police because I was trying to help save the Jaipur HKC program's folks from law enforcement involvement, since it appears Prahlad was sending me those threats from their place or their area, and he was clearly supported by various HKC people. Yep even I am sometimes merciful to the molester messiah lover's club members.

Notice however that these people are trying to incite others to make illegal death threats, and to get others victimized and into trouble with law enforcement. Never mind threatening to kill people who report child molesting is how these ilk saved the molester agenda the whole while in the first place. These same type thinkers were threatening me and Sulochana way back in the day, nothing new about their agenda.

5) Later on, many of these people formed a group to have PADA "removed from the internet," which a number of victims said is again -- self evidently -- to save the molester messiah's program by chopping off the protest of that agenda. Why would these people join the likes of Tamal Krishna and try to have our program eliminated? Lots of people said, we all know why, because we know whose side they are on.

Of course they really gave themselves away when they said they really do not want people to listen to PADA, but Radhanath's cheer leaders like Bhakta das.

6) Meanwhile, whatever has happened in the past, Mukunda, Prahlad, Krishna Kanta's IRM and others STILL have CURRENT web sites that say we are wrong to liberate children from being abused and molested, and to have reduced the suicides process from expanding. So this is not a past issue, its a current issue. They did not / do not / even want to have victim's suicides reduced, that is very clearly their agenda even NOW. As one ex-kuli said, they do not have enough of our blood on their hands yet, they want to drink more of our blood. Who would disagree with that assessment?

Yep, and some of these same folks are STILL complaining that WE had said THEY wanted to chop up children, and there is no evidence of that. Wait? It is Sulochana who said that? Starting around 1985 he said -- that their child abuse defending program is like chopping up children by "tossing them into a wood chipper." Apparently these people are now trying to discredit Sulochana? They are trying to say he never said things like this, but he did! Why do we have to "prove" he said these things, when we heard them numerous times?

Furthermore, he said the people who aid and abet that program are also helping toss children into a wood chipper. So is not PADA who originated this claim? It is Sulochana who said that these folks are chopping up children by tossing the children into a wood chipper, and he said that way before we said anything like that. That was his catch phrase, and it is a correct assessment in our view.

To sum! Various of these folks are -- currently -- saying its wrong for us to liberate children from molesting and subsequent suicide (or at least they never said otherwise to us). Yet Sulochana said, and would currently say, that means they are still people who have an agenda to toss children into a wood chipper. Why does Sulochana's statement not have validity now? I don't get it?

Sorry, he said anyone who defends child molesters is equal to putting children into a wood chipper. Sorry, his statement is just as valid today as it was in 1985. Its a little unsettling that they want to nullify and invalidate what he has been saying. He knows what he is talking about, and we know too, because we know many victims who say yes, Sulochana is 100% correct, child abuse is like putting us in a wood chipper.

We do not have to prove anything further here? What Sulochana said is true back then, now and forever, full stop period. Sulochana says that child abuse is like putting children into a wood chipper, why would any moral and child loving person argue with that?

And why would they STILL have web sites saying, we should NOT have turned off their wood chipper agenda that was being used to attack these children, unless they are FOR that agenda? In any event, many children have thanked us, and that is proof itself that someone had to come to their aid. Unfortunately, there are still some people out there thinking no one should have given them this aid. They are angry that children were saved from their wood chipper program?

Did I forget to mention, demonizing and discrediting us is how this ilk got Sulochana killed from square one? Did I forget to mention that their advertising listening to Radhanath's cheer leaders like Bhakta das is upsetting some of their victims? Still today? There are victims who tell me they still have night mares of their experiences at New Vrndavana under their regime. When are they going to give these victims some relief? And when are they going to give proper credit to Sulochana, who died exposing their agenda?

In any event not too worried. Most people (by now) know these folks are not actually ritviks, they are still tethered in different ways to the GBC's agenda or its sympathizers. And they have been all along. And that is why they wanted to protect that agenda. Yet Srila Prabhupada says, satyam eva jayate, truth will prevail, therefore more and more and more people agree with me and Sulochana's version of events. The tide is turning. 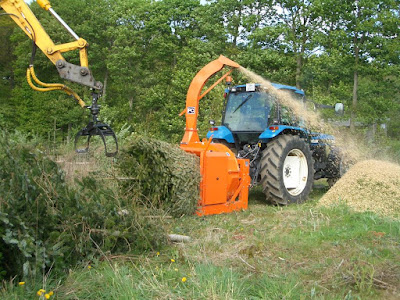 Sulochana Dasa: Why do people want to put children --
into a wood chipper?