[PADA: Some folks have been telling PADA that the Bangalore devotees are preaching that the GBC's guru parampara is also bona fide. Honest? I am not aware of anyone in their program who is accepting that? Meanwhile various Bangalore program people are actively using PADA's links on their web sites, and some of them made videos about the issues in line with what we have established. And some of their affiliates have asked me about these issues -- and so on and so forth.

In fact some PADA web site links are apparently linked to over 200 other sites, so it seems that using our links would mean -- they are not with the GBC's process? Our blog is also linked to a number of sites, and we know some of the Bangalore people read our sites because they add info from time to time.

That being said, it does not make a lot of sense that the people who largely accept PADA's issues as valid, would simultaneously assume that the perps in the GBC's process would also be bona fide? Makes no sense to us? As far as we can see, their programs promote Srila Prabhupada as the acharya, and no one else. We really do not see any books from the GBC's gurus in their centers, GBC's lecturing in their temples, and so forth.

Now awhile back a member of the HKC Jaipur defense team gave me a lot of flack saying that Bangalore folks are distributing changed books, and they and their Singapore allied people never do that. Except, someone sent me a photo of the Singapore guys at a book table with changed books, and a former member of their program says they have used them.

OK, so that means, someone is not being entirely truthful here. Our idea is, any program is going to have some faults, and that was true even when Srila Prabhupada was here and ISKCON was a bit like a barely controlled circus. So we'd like to give people the benefit of the doubt -- if they are overall trying to promote Srila Prabhupada. Maybe there is a good reason for Singapore not being able to get original books, who knows.

So before we say Bangalore is on board with the GBC's process, first of all, explain to us why a number of their folks seem to be accepting the PADA version and not the GBC's version, and why a number of their affiliates ask us good questions and -- accept our replies as the valid side of the story? In any case, we feel they are doing the job better than most. If their program is faulty, ok fine, you are free to do the correct program, lets see how that works out. ys pd 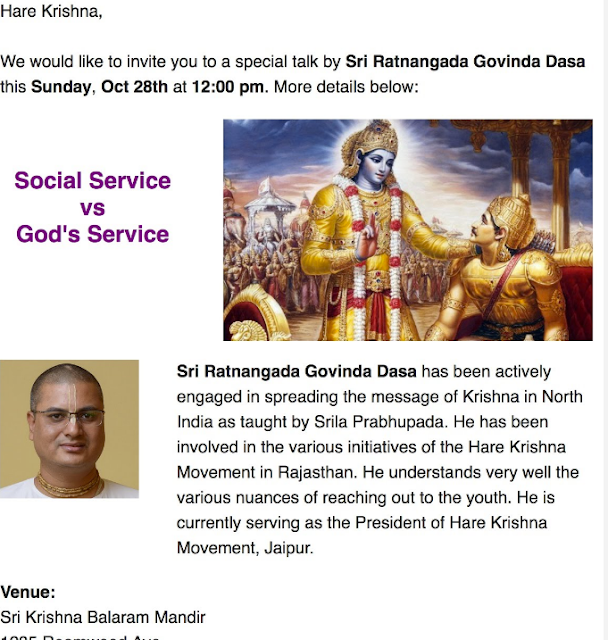