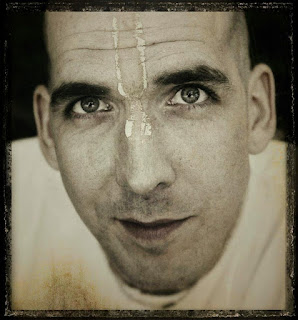 In the Rascal Editor’s conversation, specifically when Srila Prabhupada gives the order that the next printing should be again to the original way, it is very clear that the discussion is on unauthorized changes made to [subsequent] reprints of books. That is not to say that no reference – direct or indirect – is made to original printings of books in the discussion, but there is no denying the fact that when Srila Prabhupada does give the order, it is within the context of reprinted editions of books.

The simple logic and context of this order has been broken down in a very detailed way in my article titled The Rascal Editors Conversation: Context Defines the Order. There is no fancy use of word jugglery or a false display of logic. Even a simple order can and should be explained in a very detailed, logical manner to shield it from false interpretations. Srila Prabhupada utilized the basic principles of logic to explain Lord Krishna’s clear and simple instructions in the Bhagavad-gita. This is not word jugglery, but a necessary defense against word jugglery and bogus interpretations.

After 3 months of silence, Purujit and Makhancora have come back with yet more word jugglery and rhetorical evasion, this time rejecting the notion that the order given by Srila Prabhupada should be understood according to its context. They have titled their reply: “CONTEXT DOES NOT DEFINE THE ORDER; SRILA PRABHUPADA’S SELF-EVIDENT ORDER TO EDIT OUT CHANGES IN HIS BOOKS.”

Makhancora wants to isolate Srila Prabhupada’s order and interpret it however he wants. He wants to discard the real self-evident aspect of the discussion – the context – because it clearly stands in the way of his false interpretation.

Makhancora cites the following quote in his reply:

Makhancora’s use of this quote is certainly ironic, and is an example of projection. Purujit and Makhancora’s entire self-appointed project to re-edit Srila Prabhupada’s already-approved books has been based on nothing but out-stretched speculation and extensive word jugglery.

Makhancora writes in his reply:

“Vidura claims here that: “Yasoda-nandana raises issue with the newer edition reprint of Srimad Bhagavatam (1976 edition at the time)” This claim however is irrelevant as the word caricature is removed from both the early edition (1972) and the (1976) edition. […] The assertion of Vidura Prabhu that only newer editions are discussed in the context of the “back to the original way” order is therefore flawed. Both could have been discussed – early editions and later editions.”

Yasoda-nandana’s point regarding the caricature change fits in with the context of the previous seven points because Yasoda-nandana says “in [the] new book that word is not there any more.” So the discussion is still on new books, i.e., the 1976 edition, because that’s precisely the book Yasoda-nandana refers to, regardless of where else that word was removed from. Makhancora has failed to eliminate this point as belonging to the context which truly does define the order. This is another example of how Makhancora engages in word jugglery and obfuscation.

Here are the sequential points made in the Rascal Editors conversation which make up the context with which to understand Srila Prabhupada’s order.

Yasoda mentions changes made in the reprint of Isopanisad. Srila Prabhupada shares concern.

Tamal mentions how after they print the books they are going over again. Srila Prabhupada wants to stop this.

Svarupa Damodara suggests that all books already printed should be checked for mistakes before reprinting.

Tamal suggests that corrections made to all books already printed should be checked by Jayadvaita before they’re reprinted.

Srila Prabhupada mentions how Hayagriva changed so many things in a reprint of Easy Journey To Other Planets.

Yasoda mentions a change made in the new reprint of the American Bhagavatam.

Yasoda mentions changes made in the reprint of Isopanisad again.

Are there identical changes found in both versions? Yes. There are also completely unique changes found only in the newer printings, like the 1976 Bhagavatam. The fact remains, though, that Srila Prabhupada ordered a reversion from newer printings to earlier authorized printings.

Those who want to question Srila Prabhupada’s judgement and knowledge of the content of his books will try to re-interpret his clear order in a way that basically nullifies it. Any order or statement must be understood with its context. If there is some confusion as to what the order refers to, we have to look at the context. You cannot isolate an order or statement from its context as Makhancora and Purujit are trying to do. They have appointed themselves as editors of Srila Prabhupada’s books and in order to defend themselves they are even prepared to discard the use of logic and context. 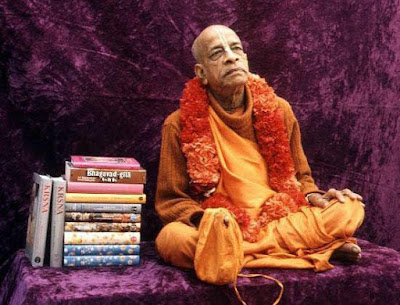 Read my books and you will attain Krishna.


[PADA: Yes, this is very sad. At one point we were having nice regular conversations with Jagganath Balaram das of Spain, some years before Purujit was involved with him. But! After Jagganath Balarama got into the Purijit process, he started saying that the early 1970s books PERSONALLY read from, USED, massively PRINTED and AUTHORIZED by Srila Prahbhupada, and which made all of us devotees, and which were printed in the millions by Srila Prabhupada -- are the "rascal editions" of Srila Prabhupada's books.

And thus now we need to jettison the books used and authorized by the acharya, and the ones he uses for his classes etc., and only read Purujit's re-edited editions. I really cannot print some of the comments we got about this because we try to make it family friendly, but needless to say, many senior people are highly offended that these people think they know how to do things better than the acharya, and they are giving the identical arguments the bogus Jayadvaita program is giving to re-edit the books.

Anyway, the comments we can print are something like this one, "Re-writing the books of the acharya is the most arrogant and foolish thing anyone can think he is capable of doing." And then, how did you guess, these guys seemed to vanish off the radar after all this. We never heard anything about this again after we pointed these things out, and they seem to have dropped communications with us. It also seems like Purujit has fried our connection to Jagganath Balaram prabhu, and the Purijit folks are staying now at his house.

Not unusual for us. Same thing with the Kamsahanta / Krishna Kanta's IRM / Pancali / Bhakta das / Sanat / Mukunda / Prahlad / Janardan / Bhakta Peter / Krishna Kirtana / Dayalu Nitai's -- HKC Jaipur folks. They come out "guns a blazing" against us, that we should not halt mass child abuse, same identical view as the sexual predators and Tamal party. Worse, self-apparently a deviation they think needs to be continued. And when we challenged that position, they vanish off the radar. Hmmm, and so do the GBC's folks?

In any case, the consensus we keep hearing is, we should use the books the acharya uses, if its good enough for him -- it should be good enough for us. Of course then again, these guys said we need to work under the authority of Hansadutta, another sign they are not consulting with those who know better about these issues. And now they are saying none of us are preaching, only they are. Right, they move into the house of the people we have been preaching to for years, turn them against us, and then claim they are the only authorized people. That is ditto what the GBC does with us. Anyway, most people are figuring this all out on their own, which is why they cannot grow their program widely in all this time. ys pd] 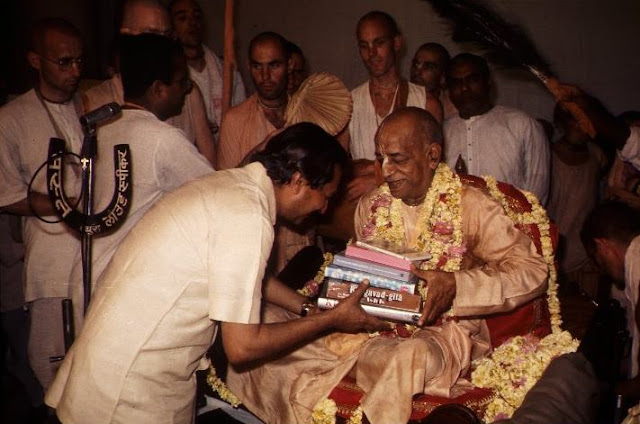 Guess who likes these books?