Message to a discouraged devotee (by PADA) 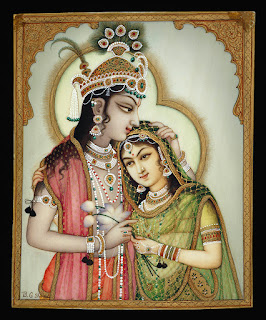 PADA: We are also "made in the image of God"?

Dear prabhu, The Bible, the Koran, and really most of the scriptures of the world, have apparent glaring contradictions as well, and worse, many of the followers of these "world scriptures" seem to have produced a lot of suffering, difficulties, wars, and so on. The Vedas also have many complex apparent contradictions as well, and in fact the Vedas start out by saying God Himself has been engaged in a big war at Kurukshetra among many other wars, where He helped in fighting and eliminating many people.

God is engaged in fighting and killing? 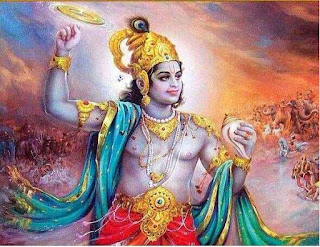 It seems contrary that a loving God would do that? Yet! The real question is, who is going to be the authority then ... if we reject all these processes wholesale? And! If there is a God, how do we connect with that God?, ... and so on and so forth.

From my experience the people who reject these processes never seem to come up with a much better alternate? And they seem to create their own speculated system of many other complex contradictions and errors.

Personally, I believe God is a very complex being, and we will not be able to penetrate very far into realizing much about His functions. The only thing that makes sense to me is, He is a person, and we have to love Him, and if we do that we are saved and if we do not -- we are not saved. And I further believe that God is in fact enjoying on a planet of His devotees, along with His many female assistants, cowherd friends, cows, birds, peacocks, animals, flowers, along with singing, dancing and so forth, simply because, that is the only thing that makes sense to me. And we should thus try to get back to that place somehow or other. If someone else has a better plan or explanation, they are welcome to try to follow it, good luck! ys pd
Posted by krishna1008 at 4:47 AM