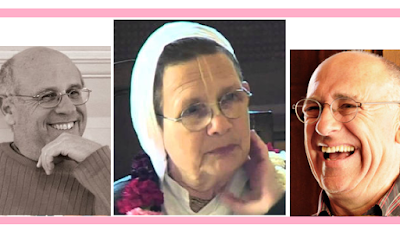 All Glories to Srila Prabhupada.

Is it true that back in 1986 you took a stance for “justice” to defend Bhavananda [staying in the acharya seat]?

I couldn’t help but notice the addition of lengthy, legal jargon in your more recent letter, something that was missing from your previous correspondence.
You seem to have enlisted the assistance of an undergraduate lawyer who, as would be expected for someone in that business, seems poorly acquainted with personal honesty, but also with the role and procedures of the CPO. I encourage you to fire this one, and look for a better one. You have resorted to the tactic of using a smokescreen of long, strung out verbose rhetoric, to try and bewilder and distract the audience from your true motives.

By your ‘logic on fair procedure’ we would then need to review all the past CPO cases, because surely even you will agree that we can’t just make an exception for your friend! This ought to be especially applicable for Dhanurdhara Maharaj and the other cases adjudicated by Laxmimoni. As a child abuser herself, it is reasonable to assume that she was not in a position to act as an impartial judge.

You attempt to argue as if we were in a court of law, but you forget that we are not. You try to label me and put me in the box of the advocate, and then try to limit and manipulate what you think I can and cannot say and do, based on your labeling criterion, but that is not your call. You think (or hope perhaps) that by bamboozling your audience with enough, long-winded explanations, you can hide or obfuscate the truth.

I assure you that despite your repetitive rhetoric, few if any, objective bystander believes your claims that your interference, on behalf of your good friend, is prompted by a genuine and impartial love for justice. Your actions speak louder than your words, if you are truly interested in justice, I encourage you to take the side of the disenfranchised. No amount of clever arguments can hide the fact that you have chosen to side with the institutional perpetrator to the detriment of her victims. No matter how you spin it, you are protecting an un-remorseful child abuser.

I encourage. No I challenge you to be radically honest and come clean. Yours and Brahmatirtha’s efforts to distract from the fact that your campaign for “selective justice” for one individual, who also conveniently happens to be your friend, are not working very well. I challenge you to put aside your ego and stop misusing whatever god given intelligence you have to hide behind plausible deniability.

We are not in court, remember? We don’t need evidence beyond reasonable doubt to understand your intentions. Your actions speak very loud, and they do not corroborate your defense claims.

“There is a group of internet vigilantes who disregard the fair procedures of civilized societies. They make offensive accusations without even taking the trouble to check their facts. In that sense, they remind me of Trump”.

I am quite amused to see that you of all people should compare me to Trump! I can’t imagine that he would be flattered though. Your intervention is dividing the devotee community and further traumatizing the victims. How have you contributed to bring harmony, healing and peace to ISKCON with your actions? Is this truly the legacy you want to leave behind?

Blinded by your ego and pompous titles, you are unable to see that you are publicly ridiculing yourself. You don’t seem to have noticed the embarrassment of your disciples and (former?) well-wishers. You made the mistake of backing a child abuser, and now you have been exposed, as your ego does not allow you to come clean and acknowledge your mistake, you are desperately trying clenching at straws to back-paddle. But every letter you write, sinks you deeper and deeper in the swamp, you reconfirm your lack of compassion and empathy for the victims, conveniently disguised behind this thing you call “justice”, for your friend of course.

Do you even have a heart? If you have the courage, have an honest look at how the way you have conducted your so called campaign for “justice” has affected the victims of Laxmimoni’s prolonged injustices, you have trampled all over them. I am not talking about what spin your lawyer can put on this.
I am talking about reaching out to the victims, calling them and opening up to listen to their pain, to ask them how your actions have impacted them.

Ironically you lament for my unsubstantiated claims and then you go on to accuse the CPO Director of partiality (towards the victims I assume), and you claim that “There is now massive evidence that the CPO violated numerous principles of fair process in the LM case”.

I thought you stated that you are not qualified to be the judge here??? Please explain to your lawyer that the CPO Director does not have a say on the verdict reached by the judges. You have called into question the professional integrity and sincerity of the CPO Director, but also of the 3 devotees that served as judges on this case. The best part is that despite your extravagant and offensive allegations, as you have not provided an iota of evidence to substantiate your claims, hence we cannot take you seriously.

As far as we know, and until proven otherwise, according to the policies and procedures in the CPO Manual, ratified by the GBC (You happen to be one of these very GBCs in case you have forgotten), Laxmioni’s case was handled appropriately. Your strawman’s argument that the proceedings did not meet the criteria of a secular court systems are irrelevant.

Being unsatisfied with the outcome, and unable to fault the CPO’s findings, your lawyer has attempted to make a false comparison between the CPO and the secular judicial system. Then you went on to pick imaginary flaws based on the fact that the CPO does not measure up to this notion of how you think it needs to be.

If you truly believe that there are aspects of the CPO that need improvement, you as a GBC member are and have been in a privileged position to campaign and vote for, amend and ratify, any changes you see fit. To try and change the rules, now that your close friend is being adjudicated, in the name of justice, so that she can get a preferential treatment, is disingenuous. To try and flog this off as a campaign for justice is simply misguided.

For many good reasons, the CPO is not intended to replace a secular judicial system, rather its role is complementary. It was never designed nor intended to stand up to the comparison you have made, in trying to justify your interference. What was the wording you used?

“You refuted your own imagination…” I couldn’t have said it better myself!

“I will say this: I have come to believe that the basic flaw of the CPO was to combine the two roles of advocate for the abused and judge of the accused. In respected systems of justice, an advocate for one side in a dispute cannot also be the judge. Again, an impartial, trained judge must assess the details of CPO process”.

Please, do everyone a favor and stop embarrassing yourself, by commenting on something you clearly know very little about. Don’t trust whoever is feeding you this manure. Inform your legal counsel that the CPO is not the advocate of the victims! They must have dreamt this up last night. Also please remind your lawyer that the CPO is supposed to be independent of the GBC, precisely to avoid situations like this one, where you are trying to forcefully influence the adjudication of your friend Laxmimoni, to achieve an outcome that is more favourable and agreeable for her.

You have stooped so low that you have become petty, you are embarrassing yourself but you can’t even see it, or if you are able to see it, perhaps your ego doesn’t allow you to back down. Either way, you are making a fool of yourself!
This is surreal! Some of the arguments you make remind me of exchanges I had when I was in kinder garden, except that I am having them with a 70 year old Sannyasi, GBC, Guru, Harvard PHD professor etc etc…

1: to interpose in a way that hinders or impedes : come into collision or be in opposition
2: to strike one foot against the opposite foot or ankle in walking or running —used especially of horses
3: to enter into or take a part in the concerns of others
It is clearly evident that you have most certainly been interfering with the CPO’s adjudication of Laxmimoni’s case…To help her.

You want to speak law?

Legally the punishments for the tortures Laxmimoni inflicted on her victims is jail time. But you haven’t argued against the injustice that the CPO only awarded her with a very light inconvenience for her crimes! No! You want to further diminish these sanctions!

In law, ignorance is not an acceptable excuse. You claim that only now you have discovered that the CPO has shortcomings, your ignorance does not exonerate you. Where was your involvement and passionate indignation for justice over the last 4 decades of child abuse? Would you like to discuss your personal responsibility, for all the children that have been abused in ISKCON during your years in leadership, because you ‘weren’t aware’?

Do you have any idea how many children have been trampled on by the flaws of the CPO? Oddly enough, as Dhira Govinda pointed out, this happened most frequently in cases just like this one, where leaders, just like you, suddenly experience a surge of self-righteous calling to fight for their abusive friend’s ‘justice’.

Where was your sense of justice for the past 50 years while hundreds of gurukula children were permanently scarred by the gurukula system masterminded by Laxmimoni and her husband [and overseen by leaders like yourselves]? Do you really expect anyone to believe that you have experienced a sudden and miraculous concern for ‘true’ justice, only now that yours and Brahmatirtha’s friend has been found guilty?

I assure you that despite your overbearing word jugglery, you are not doing a good job at disguising your real motives, they are very self-evident for anyone who wants to see. The saddest thing about justice, in the department of child protection in ISKCON, is that just about every tiny victory won by the victims was the result of a ‘David and Goliath’ contention, just like the one we are witnessing now, where leaders band together to deny justice to the victims…In the name of justice of course.

Its Fraud, that's all.