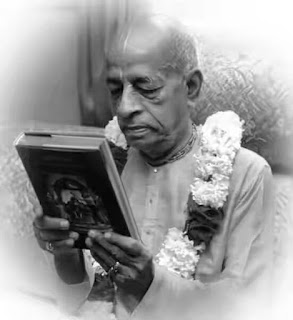 Srila Prabhupada: Promoting false gurus is a form of violence.

Thanks prabhu -- for your chastising me! Yes, I am not appreciating that the post-1977 gurukula teachers and GBC administration were "doing their best to serve Srila Prabhupada." Ooops! That is not what the ex-children in that situation felt? Ask them if they feel they were getting the "best of care and facility"? Perhaps you should survey the customers before bragging about the product?

Clearly, they were NOT getting proper care, nor proper academic standards for teachers, nor even sometimes -- basic material requirements. On top of that, there was both psychological and physical abuse that seems pretty widespread at the time post-1978. If these leaders and teachers were doing such a good job, why is it that the young persons under them are not reporting that generally?

I also do not agree with you that Srila Prabhupada started a policy of mass corporal punishment for children either. From what we were told, and from the quotes we have seen, Srila Prabhupada had said "show the stick but do not use it." That is a far cry from the large scale physical abusing program that started post-1977.

And! Slapping a child on the wrist with a ruler is one thing, but using bamboo sticks and causing black and blue welts is yet another thing. The city police department are also authorized to use some forms of force and restraint, but then there is what is called "excessive force." Clearly, excessive force was being used on these kids.

At the same time, I personally never used corporal punishment on kids, because that's not been my preference for starters, and its worked out fine for the kids in my orbit. I just see no real big need for this corporal punishment process, and it would seem to be a failing among the adults more than these kids? If we have to force little children at a school to do things with physical force, then maybe something is going wrong with our presentation?

It seems at least some of these children who were getting forced physically were not suited for brahmanical life, and they were sort of rebelling, so Srila Prabhupada said he wanted a program for those types of kids to learn "varnasrama" activities like cooking, farming, carpentry or something simpler than academics, but that policy was never done either -- as far as we can see. Again this seems to be a failure among the adults.

Thus, some of these kids who were not so interested in academia were being bullied by some of the teachers to try and force them into academics, but that policy was never going to work and did not work. Meanwhile, the program of training these kids in "varnasrama occupational training" was not being done either -- and still is not being done, at least not much that we know of.

Meanwhile, a number of these so-called GBC gurus could not pass even kindergarten levels of shastric academics -- because they think the guru parampara from God is full of fools and debauchees. They could not even pass a kindergarten gurukula class.

Anyway, there was a failure on the academics level -- and for those kids who were not suited for academics -- to have practical rural based varnasrama training programs, that was not being done either, because the farms were not being developed properly and still aren't.

If there was a failure on all of these levels, this should have alerted the parents and the moderate leaders that the heavy goonda sector of leaders were not acting responsibly. At the same time, we see that many of the leaders overall were eating giant 50 course feasts all the time, while they could not seem to arrange to get enough food to the kids. So there was a process of siphoning off funds meant for the kids into the pockets of a few jet set elites who were living like fat slob Kings.

Of course, all of these physical abuse and neglect problems are sort of like old news these days, what is often not discussed are the psychological effects. I think you are missing something major in this process since, one of the main "psychological abuse" problems these children faced is -- that these children were being told that the bogus 11 are their "eternal links to Krishna" -- "parampara gurus" -- and they have to accept these 11 gurus as their "eternally liberated spiritual masters."

This in our opinion is extreme psychological bullying, and this policy has back-fired badly because after awhile everyone else began to notice the 11 were deviating, but most folks forgot to take into consideration how much damage promoting false acharyas would do to these children. And we still have not seen a proper accounting for this severe form of psychological abuse.

Its like telling a kid he has to worship someone as his "Jesus-like" link to God, but then later telling the same kid his alleged Jesus is a really a deviant and a debauchee. This is very damaging even for adults what to speak of kids. A former devotee of Prabhavishnu swami told me their group of followers were depressed, sad, crying, having meltdowns and even having some cases of nervous break downs, after he fell down.

So just imagine doing this same psychological damage to small children -- en masse. And so, the GBC has done this severe emotional trauma damage to thousands of children, unfortunately with many of the parents acquiescing and approving this system. This is whip sawing the affection, emotions and spiritual focus of these children, and it has destroyed many of them emotionally and psychologically. I have not seen this issue even being discussed hardly anywhere, what to speak of being repaired.

And this psychological damage process is perhaps more damaging than the physical abuse, although if we have both of these attack modes going on in tandem, physical and psychological, then we are going to have very serious emotional and spiritual damage. And in certain cases, irreparable damage.

Some of these ex-kulis tell me its like having post traumatic stress disorder. So this is a very serious consequence to telling children their messiahs are often debauchees, its destabilizing their spiritual foundations. All of the GBC's post 1978 "gurukulas" were teaching that these 11 are the kids current acharyas, and later they taught these kids that acharyas are often fallen and debauchees etc.

This is the process you were also participating in. Sridhara Maharaja also put in his two cents, he said we cannot "disturb the faith of the sisyas" who are worshiping his illicit sex and drugs acharyas. Yep, who would want to "disturb" the worship of illicit sex and drugs fools like Jayatirtha? Sridhara Maharaja does not want to disturb little children from worshiping his illicit sex and drugs gurus, so as not to upset their worship of the Tamasic Guna, not realizing this will disturb them later on because this cheating will cause major breakdown problems down the road. Its like selling someone a used car that has no brakes, but not wanting to "disturb" their idea that the car can be driven safely at high speed. This will end badly.

An adult feels like they are a prostitute being passed around at a party, and we want children to have the same psychological emotions and feelings? And there is no study of this phenomena going on at all, among the GBC's leaders? And some ex-gurukulis keep asking us, why is this stuff only discussed on the pages of PADA and nowhere else?

Of course, the good news is that this former victim devotee now reads PADA, and thus blames the GBC for being passed around like a prostitute. But many other victims have not had any relief in main part because, the leaders, the teachers, and people like yourself, have not acknowledged the shell shock and PTSD problem these bogus gurus have caused to others, especially the children?
And thus these leaders seem to back pedal and ignore these issues, at best they say, "well ok, we made some mistakes." Nope, you guys ruined the spiritual lives of thousands of Srila Prabhupada's devotees and thousands of their children by making them worship your false gurus. And in the process, you guys pretty much ruined the entire ISKCON society -- and in fact bankrupted that society. That is not a minor league mistake, it is a full on asuric attack on Krishna's mission.


Anyway, I wanted to end this by saying -- the idea that the people who were the hand maidens to the enforced worship of illicit sex -- were not serving Srila Prabhupada. Its common knowledge that teaching children to worship illicit sex deviants is corrupting the morals of minors and its not to be done, ever.

For people like Jayapataka to say this is all a mistake is false, he knew that his acharyas were deviating and so he banned and removed all us people who did not want to worship his illicit sex acharya's process. And the gurukulas after 1977 then became his hand maiden accomplices. These schools also began to teach that acharyas are often debauchees, and they thereby ruined the bulk of these children's consciousness in the process.

And thus anyone who participated in that process shares the responsibility. So now, what has to be done first, is to admit these leaders and teachers were either witting or unwitting accomplices, and that they were not serving Srila Prabhupada, they were rather serving the worship of the illicit sex debauchees program. And for example the Narayana Maharaja crew should acknowledge that he was a giant cheer leader of Tamal and this debauchee's acharya's process. And then these folks should clarify all this -- and thus give some relief and understanding to the victims. ys pd