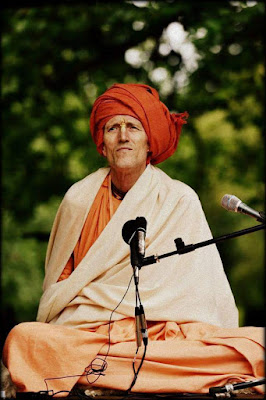 
REPLY BY BHAKTI VIKASA SWAMI to the comment by Her Grace Govinda Dasi:

Please accept my humble obeisances. All glories to Srila Prabhupada, and all glories to the intimate service that you performed to him so many years ago.

I heard that you were in a serious road accident. That you are posting on facebook indicates that you have got over the worst of it and I am happy for that. I am not on facebook but I have been informed that in a text there you referred to me as "mad." You are of course correct; I am mad at least
inasmuch as I have been given all opportunities by Srila Prabhupada to become Krsna conscious but I have failed to do so.

Unsurprisingly, several disciples of mine, and others who in their kindness have affection for me, have reacted strongly to your comments. Whatever has been said has been said but I suggest and request that this altercation not be further continued.

Of course, serious discussion of the points made in WMM, even from opposing viewpoints, should be welcome. Please bless me that one day I may become mad in love of Krsna.

Yes, I like my dearmost God brother Bhakti Vikas Swami very much but it seems he has lost his good sense. We are not living in the Vedic age, this is Kali. It is absurd to endorse many of the ideas he is promoting, very sad. Sometimes men go mad due to too much austerity. I used to be good friends with him many many years ago in India, when he was traveling, I was also doing my own pilgrimages, but he has lost touch with reality.

The most important thing is to preach as Prabhupada taught. He taught his daughters to work for Krishna and take on responsibilities as much as his sons -- and he never had weird attitudes in dealing with them. Rather, he encouraged and protected us. These radical attitudes have developed due to immaturity and excessive austerity without the sukriti to support it.

Remember, it was Prabhupada who married us all, and then sent us as couples to London, to Hawaii, to Los Angeles, to Florida, etc. to open temples. Not brahmacharis. He knew what was needed for preaching--maybe we should just do as he did instead of making things up?

Now, we have Congresswoman Tulsi Gabbard preaching Krishna consciousness to thousands, and even giving Prabhupada's original Gita to the Prime Minister of India, and other big politicians. We have Wai Lana opening up the channels in China for thousands of people to become devotees. Shall we ignore these great women preachers?

Srila Prabhupada often said, "These are not ordinary women, don't treat them as such." Many souls were sent by his Guru Maharaj, to help him start this movement--some were sent in female bodies and some were sent in male bodies. We should see it like that. Not all this ridiculous identification with this body or that body, which is very very temporary. I am so sorry that my dear God brother Bhakti Vikas Swami has somehow become confused in this way.

Because I like him and respect him very much. Very tragic. It is better to honor all devotees, whether male or female, and encourage them to serve according to their natural propensity. That is what Srila Prabhupada did. That, in my humble opinion, is what we also should do.

[PADA: Govinda dasi is correct. Bhakti Vikas swami is a mad person since he thinks that his promoting the GBC's worship of illicit sex gurus' program -- is going to attract women and families to ISKCON. Nope! Why is that? Because for starters -- Krishna is already advising people from within (as supersoul) to worship only His pure devotees. Do we really think we can fool Krishna as supersoul, and cheat the mass of people into worship of BVKS's contaminated souls gurus? We think Krishna will fail to personally guide people (ok including women) and He will tell people to follow the BVKS debauchee guru's process? Nope! 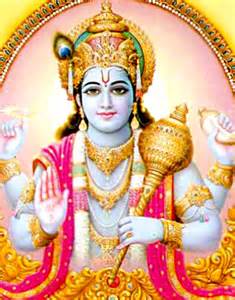 Lord Vishnu Guides People to Worship His Pure Devotees Only

This is why some devotees were recently telling PADA that BVKS ilk are very much flat out atheists, because they think they can instruct people all over the world that they need to worship the BVKS illicit sex with men, women and children false prophet's program -- as Krishna's successor gurus, and Krishna will allow and facilitate that deviation en masse by falling asleep as the guiding principle of people's intellect? This is the main reason false guru programs never get to be very big in the first place, Krishna makes people aware that -- they are false prophets.

So the whole BVKS false messiah's program depends on the mass of people not being really connected to Krishna, and assuming they are like foolish, empty vessels, if not brainless robots, and so they will accept BVKS and his odious illicit sex pooja deviations. Nope! The mass of devotees, the mass of public, the USA public mass media, the USA courts, the police, and in sum -- persons all over the planet -- have ALREADY rejected the GBC's false guru process. Yep ALREADY. Because Krishna has already advised the mass of people from within -- this is a deviation, so they are not attracted.

In other words, BVKS seems to have no idea that all women everywhere ALREADY have Krishna as the supersoul (inside their hearts) guiding them, and its the same supersoul who is advising these women to REJECT the BVKS debauchee's messiah's program. In other words, the BVKS program does not even accept that the supersoul already exists everywhere, and it is THE SUPERSOUL Himself who will guide the mass of women AWAY from the bogus BVKS worship of illicit sex debauchee's program.

Thus! Women are not going to join BVKS in worshiping his illicit sex guru lineage because they have their own GOD GIVEN intelligence to know -- BVKS is a bogus fool for promoting this deviation. OK that means women in general are vastly more advanced than BVKS is -- because they ALREADY know worship of a debauchee guru lineages will NEVER take a person back to Godhead.

BVKS also has no apparent clue that his ISKCON temples, especially in Europe and North America, have ALREADY been emptied out and turned in ghost towns, because his program has ALREADY caused a mass exodus of these women and families, people that formerly were the residents there. Women and families cannot and will not be attracted to BVKS's program of worship of deviants as their gurus and messiahs. Sulochana said its like putting a dog's stool into the sweet rice, and then wondering why no one wants to drink any!

And Govinda Dasi is right, the women, the householders, and family folks in general were always the main group involved in creating and running ISKCON all along, and should have become the bulwark of the society's upper level preaching later on. Instead, just after Srila Prabhupada had said "no more sannyasa" -- and we need to make a society based on varnasrama / householders, the BVKS program made a small elite group of "sannyasas" who were constantly being caught engaged in illicit sex and other scandals, and which discredited the entire religion and which alienated and chased away almost ALL these householders.

Even Lokanatha swami said in 1988, ISKCON is a ghost town! In short the BVKS program is turning women and families away from ISKCON in droves, and Govinda dasi says this is because they are hard hearted artificial renunciates with no actual feelings for others, especially women and their plight. True dat!

We cannot build ANY society without these women, children and householders, and that is what Srila Prabhupada told them, "No more sannyasa, make a society based on varnasrama farms, with women, children and householders." Instead, they started making hundreds more false sannyasas and they kicked out almost ALL of the householder's program's members wholesale. And they defended the bogus guru program that was removing all these people ...

BVKS thinks women in general are so foolish -- they will want to surrender their lives to the BVKS program that militantly enforces the worship of illicit sex, sexual predators, pornography swamis, debauchees, even people who are falling down into eating chicken salads, watching football games, and blaspheming Krishna -- as the GBC's "parampara members," "gurus" and "residents of Krishna loka." Why would any woman on earth want to worship BVKS and his illicit sex messiahs program -- as her gurus and messiahs? Its an insult to the intelligence of any woman to expect her to surrender to such an odious deviation.

In other words BVKS thinks women in general are just as foolish as he is, and they will want to worship the BVKS illicit sex messiahs project. That is simply never going to happen, ever. So BVKS is insulting the intelligence of women, and the intelligence of the supreme supersoul who is giving these women their intelligence -- every single day of his life, by telling these women they need to worship the BVKS illicit sex guru's succession in order to attain God.

The good news is that the the supreme supersoul is already guiding women AWAY from the BVKS program, and thus there is the ghost town effect due to his preaching down to women and trying to insult their God given supersoul guided brains.

A few other ladies were telling PADA recently that when Srila Prabhupada was here -- they could voice their concerns at the weekly istagosthis (meetings) but after Srila Prabhupada departed, that program was pretty much discontinued. So the voices of these women, and concerned householders and others were chopped off thereby. Yep! So they told me to keep up PADA, and make the istagosthi process public, and air people's concerns here since we are not allowed to voice ourselves inside the institution. 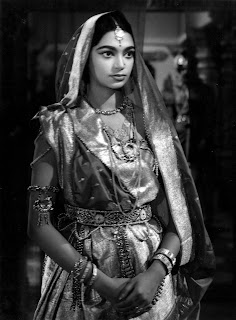 A woman says: Had our women's complaints been listened to -- most of these problems never would have happened. (!)

Meanwhile, BVKS is dreaming in color, he thinks women are going to be mothers at home, when there is no varnasrama farms and homes for them in his program. There is a nice home for deviants posing as messiahs! A woman was telling us the other day that the GBC's spending $20,000,000 on suing the Prabhupadanugas should have been used instead in making varnasrama for us women and householders, but the BVKS / GBC program has no interest in this project, its self evident.

Meanwhile another woman told PADA that if the BVKS program had listened to the women and mothers who were complaining about the child abuse, this problem could have been substantially reduced. And this woman said "BVKS does not listen to us, we have no voice, and that is why his program causes problems for everyone."